How should the San Diego Chargers try to attack the Detroit Lions defense tomorrow? We look at a preseason matchup between the Lions and the Jacksonville Jaguars for answers.

The San Diego Chargers Defense have their hands full this Sunday with QB Matthew Stafford and the WR tandem of Calvin Johnson and Golden Tate coming to town. #DefenseIsBoring, so I'll leave that headache for one of our other talented writers to cover. I'm here to take a look at how San Diego's Offense can attack Detroit's Sound and Sturdy front. 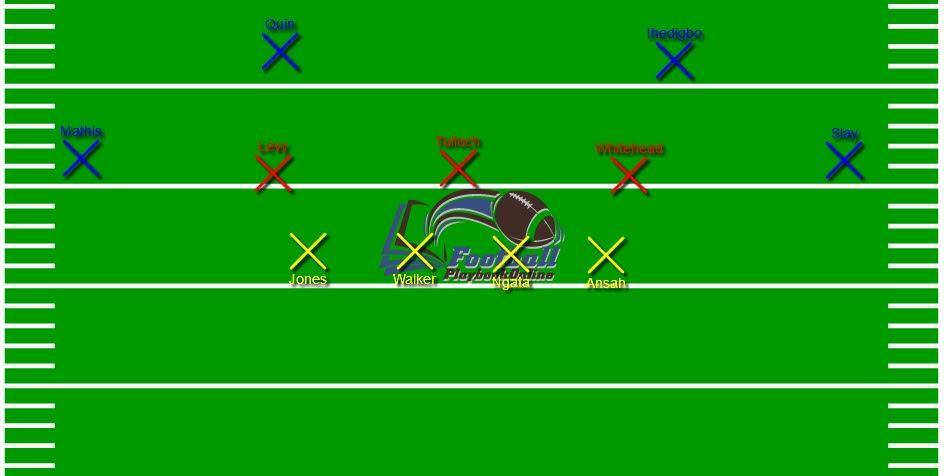 Healthy Lineup for Lions Pictured. LB DeAndre Levy is out for the contest versus San Diego.

Detroit only allowed 69.3 rushing yards a game last year (No.1) and had an overall top 5 defense.

They lost a lot of talent up front with Ndamukong Suh going to Miami and Nick Fairley in St. Louis. So, looking at 2014 tape is something I didn't want to do. I needed to get a feel for what this Lions' Defense is doing in the now, so I took a peek at a few drives Jacksonville's offense had in Preseason Week 3 and had the pen and pad ready...

Where are the running lanes?

Not in the middle, that's for sure.

Detroit's defense only allowed 69.3 rushing yards per game last year. This article had some interesting stats. It stated that Detroit was top eight in the league, in runs defended to any side. Which is damn good. What interested me though, was the success teams had running off guard to the right. Teams hit for damn near 4.5 yards a pop heading that direction. With DJ Fluker now at RG and the center oft left uncovered, I'm optimistic San Diego can get some production here.

The players on the interior of the Lions' defense shed blocks really well and are gap sound. They are hard to move in there. The defensive ends are well coached in the run game as well. The Jags ran some unbalanced stretch looks but the DEs beat the tight ends up and box outside runs in as well as anyone. And the linebackers just feast. 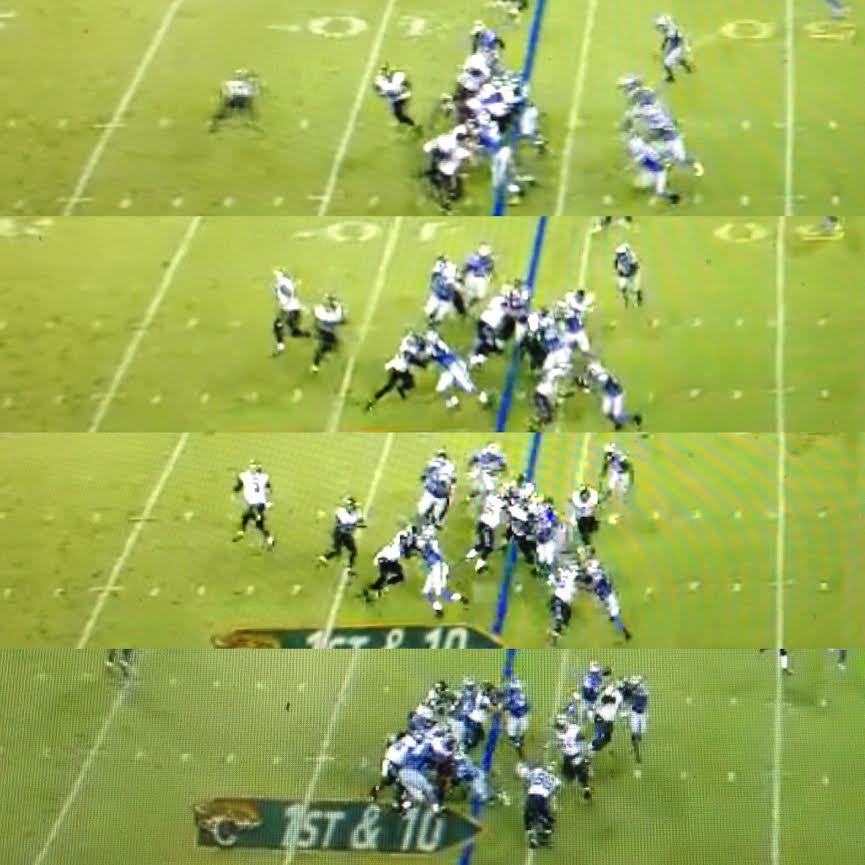 Jacksonville's first team offense was on the field until the third quarter. In that time, I counted 10 runs in between the guards for a whopping 14 yards. Nothing happening in there.

Can those free flowing backers defend the entire field?

I bring this to your attention because Jacksonville did some things that I liked as far as stretching the Lions' linebackers out and softening the box. A lot of the formations they used in this game resemble what San Diego does in their offense (WR Stacks, Dual TE stacks, 3x1 sets). Some of their most profitable plays came when they released five players out on route, which something San Diego utilizes with Danny Woodhead in the ballgame. Pictured are a few plays diagrammed for you to see exactly what was ran against Detroit's even front. 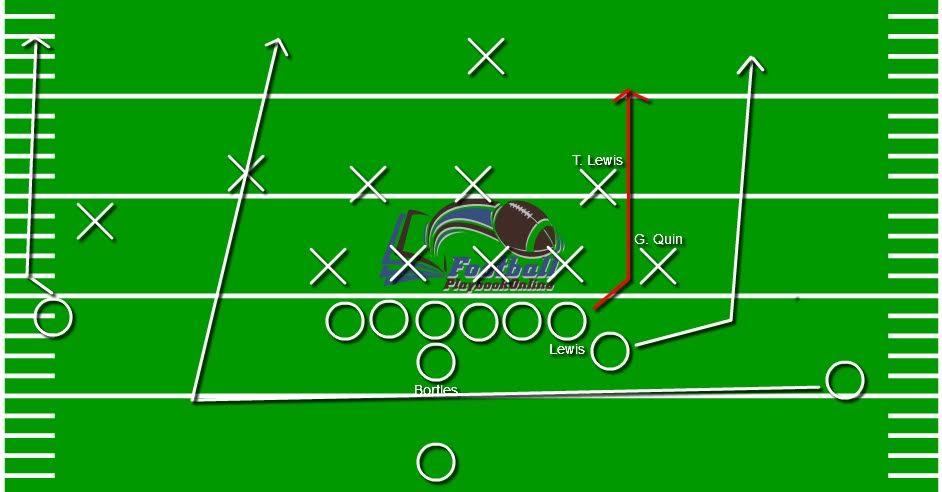 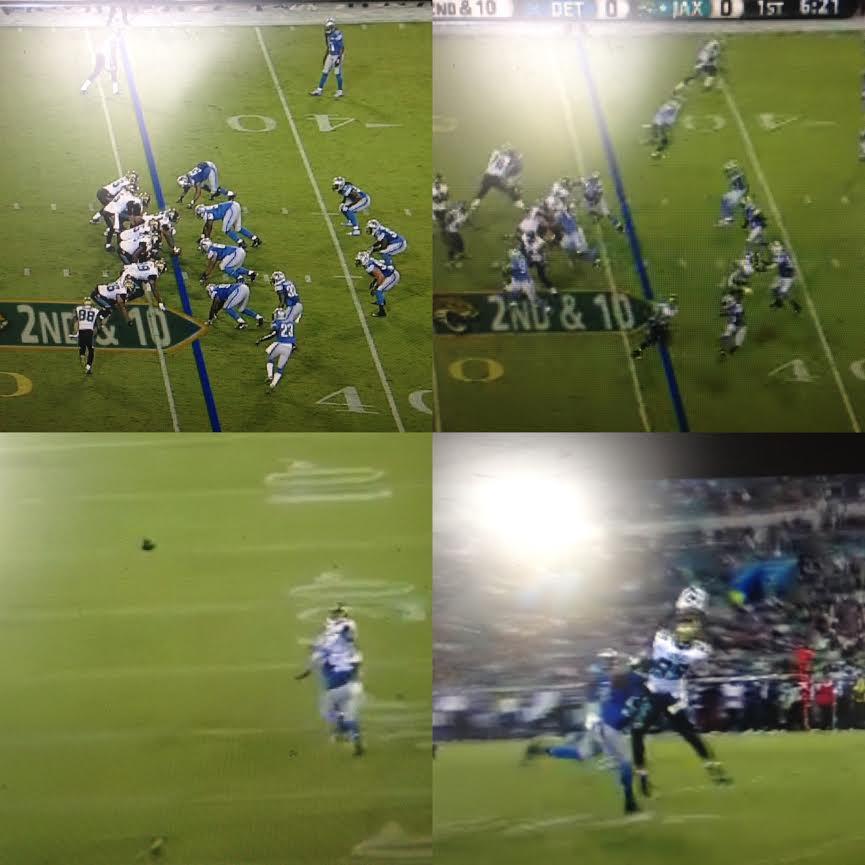 If Ladarius wasn't concussed, this is his play. 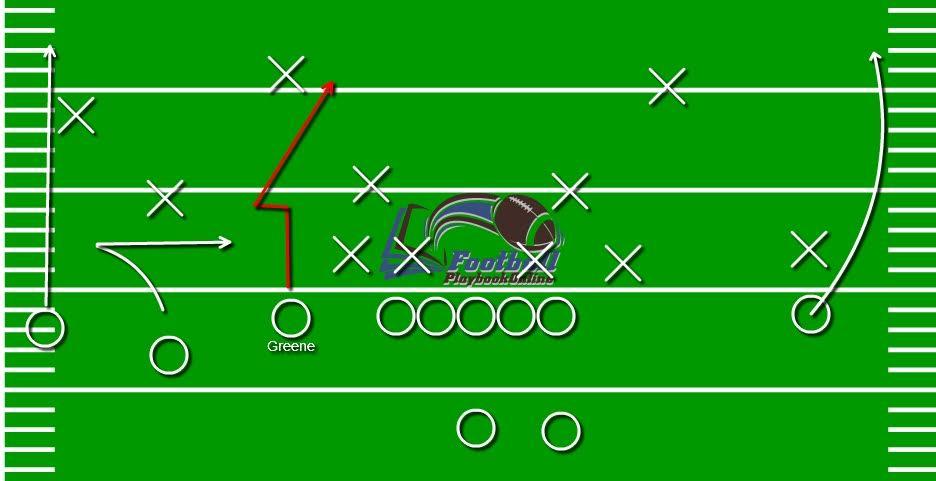 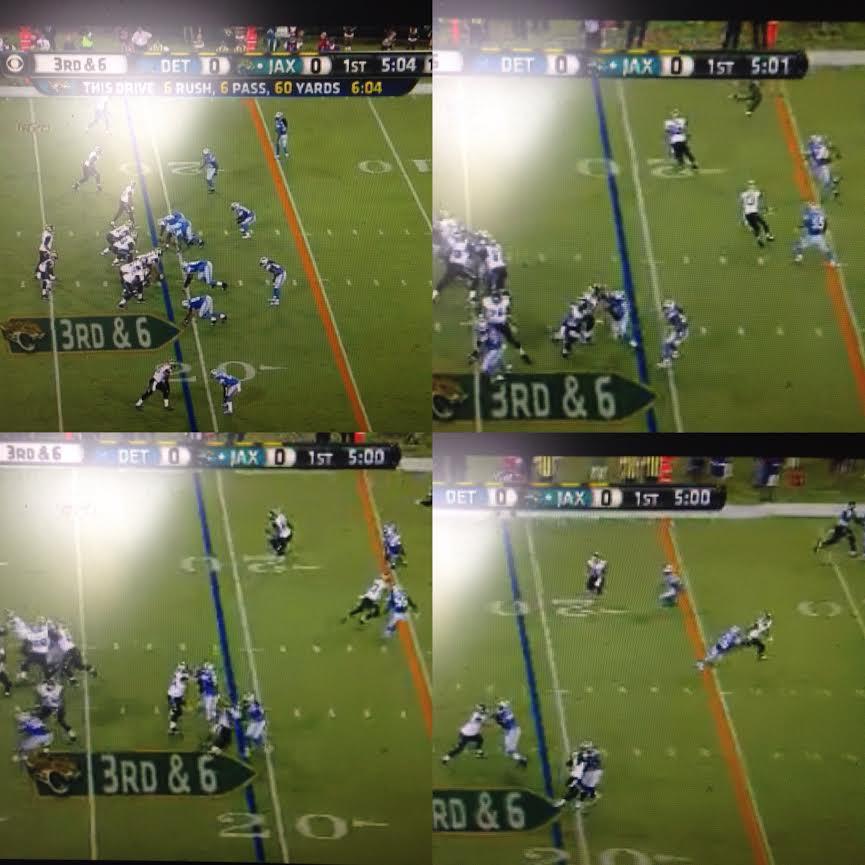 In San Diego's 3x1 sets, there is usually a stud at the 3WR spot (Allen, Green or Johnson) and they will find themselves matched up with Tulloch. Lions do not want these problems.

Jacksonville wasn't successful running the ball from a yardage standpoint but they ran it enough to keep the linebackers honest and snug to line of scrimmage. Reich should apply this theory and not get discouraged early. 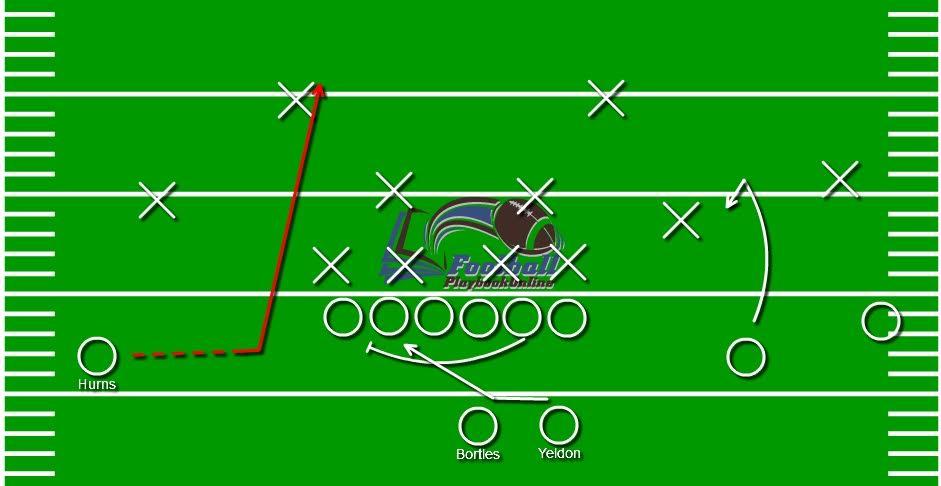 These Detroit backers are sound in their assignments. It's impressive. They get downhill right away and wrap up once they've located who has the ball. Thing is, at times, they're flying too fast. You have to use their momentum and pursuit against them and Jacksonville did here. 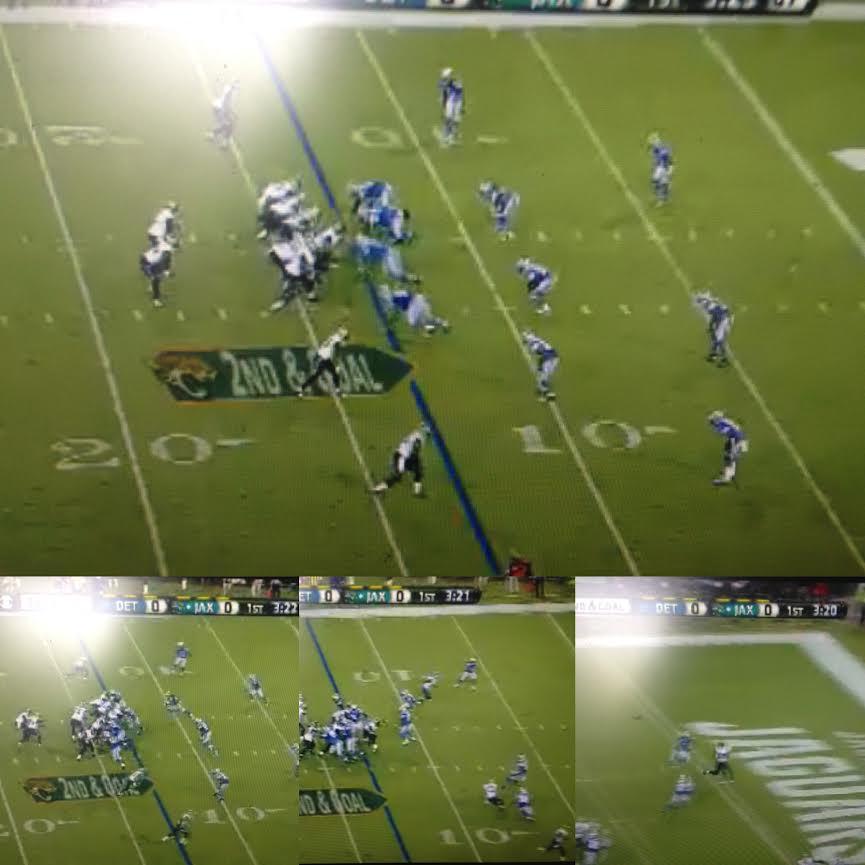 In order to get in this position, Jacksonville had run two dive plays prior to this. Both only got about 1-2 yards and the last one featured a penalty that backed them up to the 13 with goal to go.

Conventional thinking is to get half of the yardage at this point. So to a defensive player, the call should be a run or short pass to make third down more manageable. The Jaguars OC dials up a Pop Pass off of Power Action. Jags WR Allen Hurns is motioned into a reduced split to further sell the run. A solid design.

Blake Bortles bends and sells the Power well and pops up to throw. At that time, there are about 5 Lions' defenders that realize they are in trouble. Hurns slips right into the space the safeties have voided. Mathis is playing outside leverage meaning he's expecting help inside and it just isn't there - that help is on its way to tackle the tailback. Jags get 6 on the board.

Looking forward to the plan Frank Reich has for this defense and I'll see you next week as we attempt to find ways to attack the Bengals' Defense.