San Diego Shouldn't Give in to the Chargers

Based on recent statements by Mark Fabiani, the Mission Valley site is unworkable, and there's absolutely nothing San Diego can do in 2015 to keep the Chargers in San Diego. Therefore, the city should continue working on its best offer and aim for 2016.

When I look at the sheer barrage of statements and misinformation released by Chargers Special Counsel Mark Fabiani, one thing comes to mind: A cornered and frightened animal, lashing out in every direction to convince potential foes of the danger they pose.

In this case, everything the Chargers are doing makes sense when viewed through a certain context.

"We are scared to death that we will lose Los Angeles as an option, and we don't trust San Diego to come through with a deal."

Everything Fabiani says has to be viewed through that context. And here's what it means practically for San Diego.

Here was Fabiani's take (via the UTSan Diego's Nick Canepa) on Mission Valley in October of 2013.

"The Qualcomm site drawing board was always there. Now that the economic and housing issues have improved, redeveloping the Qualcomm site is something we're discussing with our development partner as something of interest... The site is perfect for private development, for building an urban village."

This article by Mark Walker of the UT San Diego in April of 2014 indicates the Chargers are open to a stadium plan where they, a development partner, and the NFL would contribute $600 million to a project, and that they were "not locked into any site." No mention of any problems with the Mission Valley site occurs in this article.

Now, around the time the Citizen's Stadium Advisory Group (CSAG) was about to choose Mission Valley in March of 2015, Fabiani reversed himself in this KPBS radio interview.

"If (CSAG) is going to do what we proposed back in 2004, which is construct the stadium along with an urban village around the stadium, to then pay for the stadium without any taxpayer money, that would take years... to get through the entitlement process. It would have worked in 2004 or 2005 when we proposed it and had time, but now we don't. The city doesn't even own the site, the water department owns half the site. The site is polluted by a huge plume that has leaked from the gas tanks there. There's no more redevelopment, so you can't capture the tax increment off the site."

"We believe this is not a major issue. The value is being determined. Worst case, city owned land could potentially be transferred to the water department in a land swap. We have confidence the City Attorney will assure ratepayers are protected according to the law."

The gas plume issue was beautifully deconstructed as "huckster propaganda" by Lisa Halverstadt in Voice of San Diego.

Redevelopment Agencies were officially dissolved in California on February 1, 2012 - a full 20 months before Fabiani's comments in October of 2013.

The gas plume issue was beautifully deconstructed as "huckster propaganda"

This past week, Canepa reveals (for the first time I can remember) his concern that the cost of leveling the Mission Valley site and raising it to the level of Friars Road could cost up to $500 million. The piece doesn't quote an engineer; rather it's an anecdote with no attribution.

"If they can't get the fill locally, and have to get it from other areas, it will be enormously expensive."

For the record, #CSAG member Doug Barnhart, a builder, says the fill job at the Qualcomm site would be more like $10M-$20M. #chargers.

One reason after another over the last month and a half - they've seemed to pop up like "Whack-A-Mole".

The point is not that each of these can be (and have been) debunked, or are immaterial (as in the case of redevelopment). It's the cumulative weight of them which feeds the perception Fabiani is peddling: that Mission Valley doesn't work.

Because Mission Valley doesn't work, and San Diego won't look at downtown, the Chargers have to go to Los Angeles.

This is a cornered animal howling and screeching to seem more threatening.

As if all of the above wasn't bad enough, Fabiani also dropped an enormous buzzkill of an interview with Thomas Powell of BoltBlitz.com.

Stan Kroenke's proposed Inglewood Stadium is slated for construction beginning in December, with football ready to be played by 2018, according to Mayor Butts of Inglewood.

The Chargers feel they cannot win the race to Los Angeles

According to Fabiani, in this interview with the Scott and BR Show on Mighty 1090, the proposed Carson Stadium will not be ready for football until 2019. Remediation measures still need to be performed at the Carson site (due to its being a closed landfill that stored hazardous waste). Carson may decide to initiate the remediation on their own - allowing construction to start sooner, and they have an alternative plan in place if the stadium does not come to pass.

The Chargers certainly seem to feel they cannot win this race, based simply on the merits of their proposed stadium. Therefore, in order to secure their position in Los Angeles, they (and possibly the Raiders) have to prove conclusively that there is no solution in San Diego (and Oakland). So, how do you do this?

First, Fabiani will tell everyone that it's possible that there's nothing San Diego can do to keep the Chargers:

"But after all these years of work, we also understand this: It might be that - despite the great effort that has been expended - there is at least at this time no publicly acceptable solution to the stadium issue in San Diego. if the facts lead you to this conclusion, we hope you will say so, even though you will be under tremendous political pressure to propose something - anything - just to show that the politicians are trying."

Now, make clear to everyone that their best chance to win a stadium vote is the General Election in 2016.

"Our only hope for success at the ballot box would be a high-turnout, general election - and unfortunately the next one of those elections is in November 2016."

That's not an option because the Chargers "need" a resolution in 2015. So, how about a Special Election?

Well, what if the City Council and County Board of Supervisors just pass it themselves, like Inglewood and Carson did?

"We have looked closely at this option for San Diego and concluded that, unfortunately, it is not likely to succeed here. Simply put, in San Diego, the stadium question is going to end up on the ballot, one way or the other."

This is Fabiani trying to convince San Diego to not waste its time.

There's nothing San Diego can do until 2016, and that's too late. And because San Diego cannot offer any guarantees before 2016, the Chargers have to go to Los Angeles.

This is a cornered animal showing its teeth and claws, trying to convince you the fight's not worth it.

The Chargers are all-in on Carson for 2015

In my opinion, the Chargers are all-in on Carson for 2015.

San Diego is likely the 2016 backup if Carson is not approved by the NFL. San Diego cannot give the Chargers a guaranteed alternative until or unless a stadium is placed on the ballot and is approved by voters, which isn't likely to successfully happen until 2016.

If nothing happens in San Diego in 2016, the Chargers assuredly leave San Diego.

Therefore, because San Diego has nothing to offer them this year, there's no reason for the Chargers to attempt even to make a deal with San Diego. Even if San Diego willingly accedes to all of their demands - that won't help. Remember the implicit narrative: the Chargers have to go to Los Angeles.

So, what can San Diego do this year?

Put aside the question of whether the Chargers can make the Carson stadium project work on their own.

Put aside questions about the Carson site, either mine or those of people in Los Angeles.

Put aside the chatter over whether the Carson project is a smokescreen, a claim that was not refuted by Carson's Mayor, Albert Robles, when asked by The Beast 980's Fred Roggin:

"There is a shred, a possibility, to what you're saying is true. We'll leave it at that."

Since Fabiani has indicated the only possible path to victory in San Diego is to win a General Election in 2016, that's exactly what San Diego should be attempting to do.

Once CSAG finishes their plan this month, they'll hand it over to the negotiators hired by the City, and they, in turn, will fine-tune it. Explain how the plan is fair (or as fair as possible, given the circumstances and economic realities of stadiums). Build public support.

Hire a designer, and start putting out possible stadium designs. Hold town halls and allow public participation. Release design videos. Keep putting out new information every few weeks. Make sure everyone sees what you're working on.

Accommodate the Chargers wherever possible. Solicit their input. When the Chargers don't participate, or try to pooh-pooh the process, just ignore them and the NFL's attempts to manufacture pressure. Keep moving forward.

I'd also say that if the Chargers continue stonewalling San Diego's efforts, then San Diego would have to seriously consider stalling the Carson project by filing a lawsuit and demanding a full Environmental Impact Report. Remember, San Diego just needs to stall the Chargers long enough to force them to wait for 2016.

Above all, do not panic

Yes, it would piss the Chargers and the NFL off something fierce. But, as Michael Corleone might say: "It's not personal, Sonny. It's strictly business."

Above all, DO NOT PANIC and try to hold a Special Election in 2015, unless it's 100% clear that the Chargers will go to Los Angeles in 2016, whether in Carson or Inglewood.

If the 2015 Special Election option becomes a necessity, the Chargers must agree to a legally binding guarantee that they'll stay in San Diego if it passes. Otherwise, it's a colossal waste of time and money.

The best hope the Chargers have of winning Carson this fall is if a Special Election has been held in San Diego in 2015 and failed - which the Chargers think it would.

On the other hand, if Inglewood wins in 2015, which scenario would the Chargers choose?

What if the Rams stay in St. Louis? That would leave Carson as the only entitled project with teams attached in Los Angeles, which would basically allow the Chargers the time they need for a General Election vote in 2016 in San Diego.

The City of San Diego has to avoid the temptation of holding a Special Election in 2015, because failure would give the Chargers the leverage they need for the NFL to choose the Carson project ahead of the Inglewood project.

But it is risky.

The Chargers might win the LA stadium race and get their stadium in Carson anyway. There is also the risk the Chargers outright choose to relocate to Los Angeles, no matter what.

By denying the Chargers a Special Election this year, yet being open and public about their financing plans, stadium location, and stadium design, the City can marshal public support needed to win a General Election vote in 2016 and make clear to everyone else that there is a path to a stadium in San Diego. 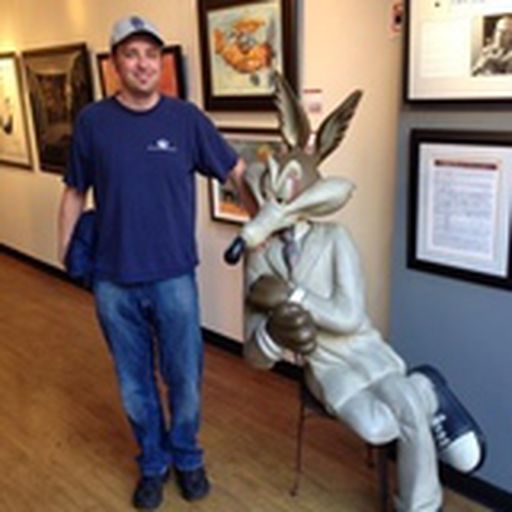