Power to the People

How You Can Help Keep the Chargers in San Diego

Shawne Merriman, the former All-Pro Linebacker for the San Diego Chargers, stops by Bolts from the Blue to rally the fans to keep the Chargers in San Diego.

I was a part of the Eli Manning trade that brought Philip Rivers to the Chargers, which makes me a big part of the team's history. I will forever be tied to them.

When I got drafted by the Chargers, I was about 21 years old. I was just coming into being a man and having responsibilities outside of football. San Diego is where I learned how to be a responsible adult. Coming from Prince George's County in Maryland, moving all the way across the country to the west coast, and then earning everyone's trust and respect and loyalty... you become a part of it.

I'm a part of San Diego and San Diego is a part of me, whether I'm wearing a jersey or not. After spending so much time in San Diego, you get connected to the community through charities and different foundations, along with the different shelters I've spent time at around the county.

I have built a relationship with the city of San Diego and the Chargers fans that live there. I know how much the team means to them. I know how it could potentially hurt people if the team were to leave. That's why I'm here.

A little over a week ago, I received a call for former Chargers COO Jim Steeg, who is a part of Mayor Faulconer's Stadium Advisory Group. He wanted to put together a panel of former Chargers players that have had a big impact on the organization and the city over the years, as a way to get the fans to take notice and support this project.

We are trying to spread the word so people become more knowledgeable about the project because it's not far from getting done and it can happen. The Mayor's Stadium Advisory Group is not just going to come up with any old plan. They're trying to figure out ways to keep the team in San Diego, and what's the best option for all parties.

I can honestly say this is the first real plan that will be put on the table in the 13 or so years that the Chargers have been looking to get a new stadium. It will be the first real one where you will be given a course of action and something worth presenting, not just a bunch of ideas thrown out with everyone else left to connect the dots.

For the panel of former players, we sit back and watch the "Save Our Bolts" fan rallies go from 300 people to 3,000. We're hoping to get 10,000 or more people at the next one. If the people come together and really voice their opinions, we know it's going to persuade the right people.

The people of San Diego, the local fans of the Chargers, need to keep passing along the message and growing support to keep the team where they belong. If you can get the majority of a partner city on board, a city that wants the team to stay there and are willing to do what they have to on their end, the team isn't going anywhere.

There is no time to reconfigure and get support for the project down the road. Chargers fans have to get involved now! This is the time for a group effort!

The bigger this thing grows, and the more publicity we can get for it, the more pressure it will put on someone to make the right decision. The people have more power than they really know.  It can happen if everyone is on the same page and continues to show their support for the Mayor's proposal.

The plan of the Chargers alumni panel is to keep expanding. LaDainian Tomlinson had some plane issues coming out of Dallas last week, but he's just one of the guys that we expect to be at future meetings.

Our job is to be a voice. Not just for the people, but also for all former Chargers players and those that have the power and the input to keep the movement growing.

We have another meeting coming up, and another big rally is supposed to happen soon. I want to try to participate and be around at these events to show my support as much as possible.

One of the biggest problems we have to face with this is time. Time is of the essence. The wait just isn't there anymore. Now is the time for action before we miss our last chance to keep the Chargers in San Diego.

I think this deal can get done and should get done

I have faith that Mayor Faulconer's proposal and plan of action, will be one that will be better for the people of San Diego than allowing Chargers to leave town.

Shawne Merriman is a former NFL All-Pro, and a contributor to The Players' Tribune and Bolts from the Blue, as well as the CEO of Lights Out Brand. 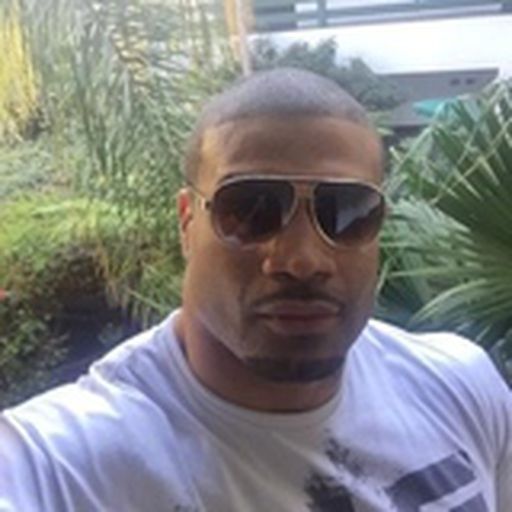