All of your favorite Charger Girls celebrated the revealing of their annual calendar the night before the season officially kicked off. Check out the celebration and get to know some of the squad's members.

Summer is coming to an end, but the sizzle isn't going anywhere.

The Charger Girls held their 2014-15 Swimsuit Calendar unveiling party Wednesday night at Moonshine Flats in the Gaslamp Quarter. Elegant and elated, all 28 Charger Girls mingled with a spirited crowd as they anticipated the revealing of their calendar photos. (Calendars may be purchased here.)

We caught up with a few members of NFL's hottest dance team to exchange a little Q&A. Enjoy. 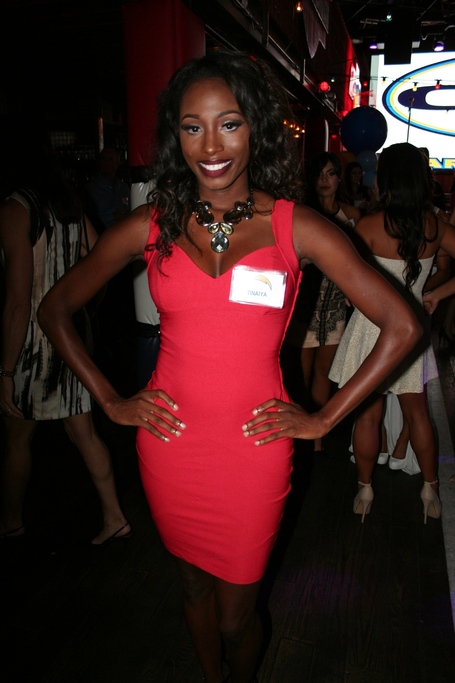 This is my second season. It's a lot of fun. It's really different coming back for your second season because you kind of now what to expect but it's still just as exciting. I'm excited to show our fans the calendar for the first time because they haven't seen it yet, so we're excited to show it off and explain our new [calendar] beneficiary.

Who is the beneficiary?

STOMP Out Bullying. We found out through practices and stuff that we all had something in common - that we got bullied as children. We just thought it was really important to bring awareness and acceptance of religion, orientation, and back ground.

What was your favorite thing about doing the calendar?

My favorite thing was actually watching everyone else shoot because you get to see something a little different. When I was standing there, it looked like I was standing just by a bush, but when I saw the pictures, you can see the ocean and everything behind me and that's something you don't really get to experience while you're doing it. So to see the whole [picture] while another girl is shooting is exciting.

Do you get nervous before games?

I get nervous every time like it's my first game. The adrenaline and you can hear the fans and can actually see some of them before you come through the helmet. I get excited and nervous just thinking about it right now. 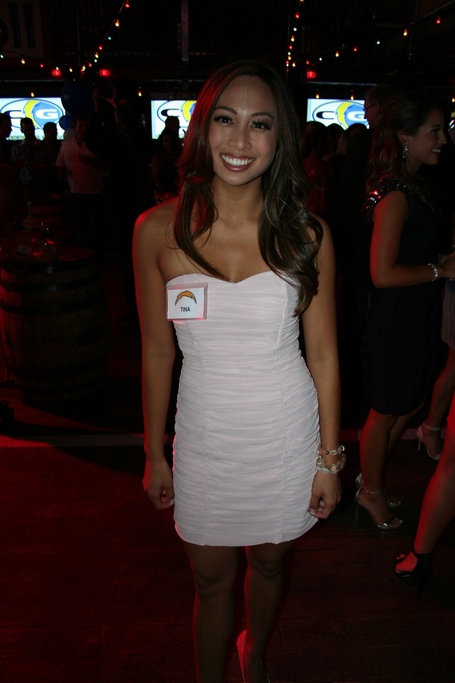 This is my second year with the Charger Girls.

Just the whole football season. I believe we ended on a really good note last season. This being our second year with Tom [Telesco] and Coach Mike McCoy, the players are more used to the system, they've got healthy players, and the Charger Girls are ready to take the field.

You're a true Chargers fan, I can tell.

I am, I am. Born and raised in San Diego.

Do you have a favorite player?

My favorite player is Eric Weddle. He's such a great leader on and off the field. His involvement with the community is huge. His beard has become famous. Oh my goodness, it's pretty out there. When he went to the Pro Bowl last year it had its own interview. The camera was just on the beard. I mean, who gets that?!

Is there something you're looking forward to doing in the community this year?

In particular, the Junior Charger Girl program is such a great way for us to reach out to young girls and for them to have the opportunity to perform with us at a game. And they're ultimately raising money for the Chargers Community Foundation and the Make a Wish Foundation. So, for them to put that hard work and effort is just great.

Can you talk about this year's calendar beneficiary, STOMP Out Bullying?

The Charger Girls just really want to promote and enhance a positive environment of acceptance, especially in elementary, middle school, and high school kids. It's an area that should be shined on.

What's something you love about San Diego?

I love Mexican food. I love California burritos. You can't go wrong with that. 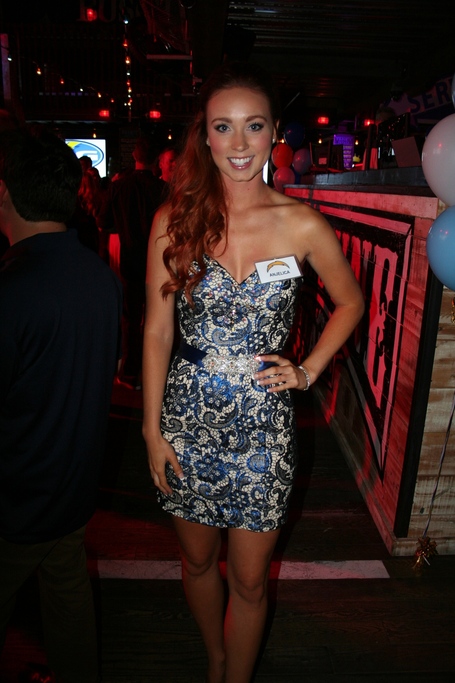 Yes, I've been a Charger Girl for 5 years. I love it. It's really fun because we get to help the rookies and I love seeing fresh new faces on the team and getting to know everyone. I've had the opportunity to meet a lot of beautiful and talented women throughout the years.

Being with the team for 5 years, it must really be exciting going into this season.

It's really exciting. I can't wait for the season to start. I think we're going to do such a great job since we've had a year with our coach.

Eric Weddle. In the community, he's always there signing autographs for people and I think that's very admirable.

Tell us about the calendar's beneficiary.

This year I nominated the charity STOMP Out Bullying, actually, and it won, so I'm really excited. It impacted me personally and I feel like a lot of girls on the team [also] because we all kind have gotten bullied once in our lifetime. I know I have gotten bullied having red hair and pale skin, so it's something that's close to my heart.

How long have you been a Charger Girl?

This is my third season. Everything seems to be going by so quickly this year, so my goal for this season is just to stop and take everything in. There's so many great opportunities the Chargers give you and I just don't want it to fly by.

Can you talk about the calendar's beneficiary?

My younger brother has autism, so I grew up with that whole aspect and saw how other kids maybe looked at him and just how other special needs students got picked on when I went to school. They don't want to be bullied for their disabilities. That's something that really hits home for me.

Have you done any work addressing autism?

I have worked with Autism Speaks and I'm very close with the Doug Flutie Jr. Foundation for Autism.

How excited are you for the season?

It will be such an exhilarating season. I mean, we did so well last year and I know the fans are so excited this year to just get back into the playoffs and really cheer on their team, and so are the Charger Girls.

Do you have a favorite player?

This might sound funny, but my favorite player is Philip Rivers. And my reason is - I feel like everyone's answer is that - but mine is because I remember watching him as a third string quarterback and now he's come up and he has really led the Chargers. I just remember when he was younger and was really pushing for his spotlight and [now] he's doing unbelievable. 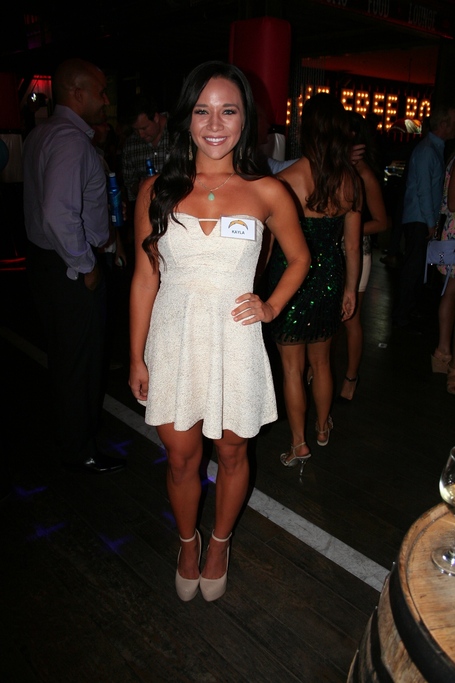 Are you a returning Charger Girl? How do you feel about tonight's unveiling?

Have you not seen your pictures yet?

No, we have not seen them yet. So, we will be seeing them for the first time just as you will. Is this your first time at an unveiling? They play a video and then flash our pictures really quick.

Are you from San Diego?

I'm actually from L.A., but I just moved here for law school. I'm definitely still exploring but I love San Diego. I was on the team for two years before I lived in San Diego.

You commuted your first two years on the Charger Girls?

I did, yeah. It was very intense but it was well worth it.

Can you talk about STOMP Out Bullying?

I think that just growing up as a girl, it's always hard to feel comfortable with yourself and I think that we all connected as a team on this issue because it's easy to have issues with yourself. I think that STOMP Out Bullying really fosters kindness with one another. This [beneficiary] is something that we've never supported before.

How excited are you for the season?

D.J. Fluker. He's awesome. You know, he's really friendly and he's fairly new on the team, and he has a really cool story. He's really down to earth and I think he's a really big part of the team.