Frank Reich might have struggled in his debut as Offesnive Coordinator, but this play was an absolute beauty, and a killer missed opportunity.

In my Grades post, I explained why I didn't like Offensive Coordinator Frank Reich's game plan against the Arizona Cardinals. That being said, he made one terrific play call which was executed perfectly - up to the point Philip Rivers released the football. Let's take a closer look at the call below. 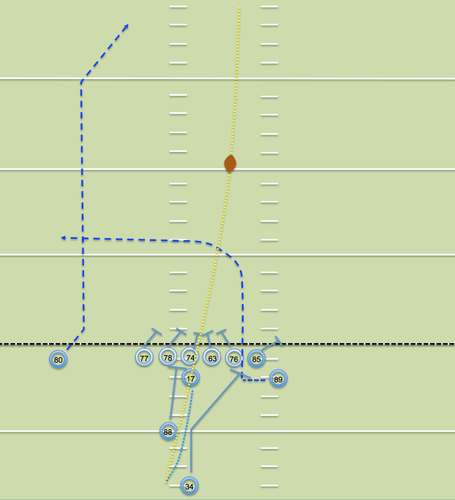 This is a play-action pass play, ending up as a two man route for WR Malcom Floyd (80) on the left, and TE Ladarius Green (89), lined up in the backfield on the right. RB/TE David Johnson (88) is playing FB, and RB Donald Brown (34) is the HB. TE Antonio Gates (85) is lined up on the right end of the offensive line.

I love how this play pass is designed. The fake could go to either Johnson or Brown, or both. Green's route leads him towards the hole between Fluker and Gates, who block it very well. With the fake to Brown, it appears that Green is the lead blocker for Brown.

Let's take a look at a few of the component parts of the play: 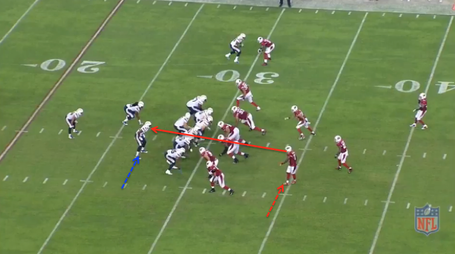 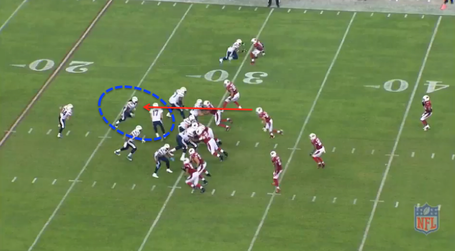 Figure 2 is an example of what I mean about the play having potential multiple fakes. At his point in the play, it looks very much like Johnson will get the ball on a FB trap. Here, you can see ILB Larry Foote shooting the left A gap between Rinehart and Ohrnberger, to make the play on Johnson. 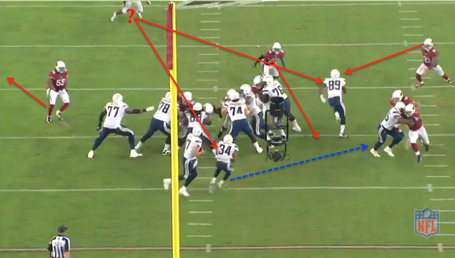 Figure 3 shows the play just after the ball fake to Brown. Peterson is watching Green, while S Tony Jefferson (22 - nearer to Green) is looking toward the hole where he expects Brown to be. In fact, Brown's assignment is to pick up Matt Shaughnessy (91). In the meantime, S Rashad Johnson is either reacting to the play fake, or because he expects to pick up Green underneath. Lastly, OLB John Abraham is dropping off into a shallow zone. 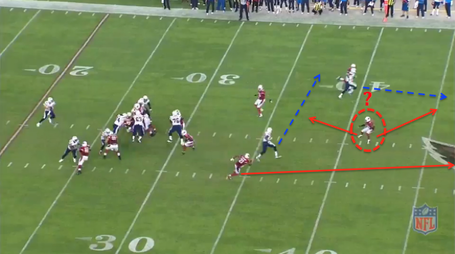 Figure 4 shows the result of a successful play action pass. The S (Johnson) is stuck in no man's land. If he stays over the top, Green is wide open in the middle of the field, with a blocker ahead. If he stays with Green, CB Antonio Cromartie is man-to-man against Floyd down the field, and Floyd has already won with a clean release. Notice that Peterson figures it out before Johnson does - look at the direction he's going and look at how much speed he's building up in his legs. 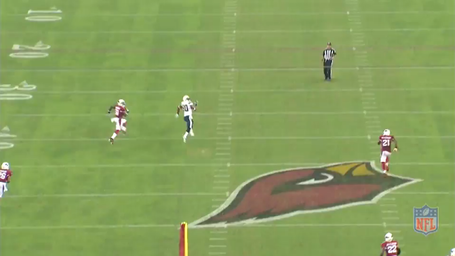 Figure 5 shows how badly Floyd has beaten Cromartie off the line. The lack of a good press has given Floyd plenty of room to work with - the ball can be more to the right and even a bit under thrown, which might draw Defensive Interference if the ball's not caught. Peterson is in a trailing position, but he won't get there in time. The only way Rivers misses this is by overthrowing the ball, which is unfortunately what happens - likely because Floyd had a slightly off step at about the ARZ 45.

Let's take a look at how the play plays out in the GIF below:

Here's what aggravates me about this play design - it's perfectly tailored to exploit Arizona's defensive weaknesses against TEs from 2013. Instead of using a lot of "11" personnel and trading Gates for Eddie Royal - which plays to Arizona's defensive strength, Reich should have been using more plays like this.

I hope to see more good play calls like this one from Reich this season, tailored perfectly to feature his team's strengths and exploiting his opponent's weaknesses.