Polling Casts Doubt on a New Stadium in San Diego

According to a recent poll taken by residents of San Diego and San Diego County, the chances of the Chargers getting a new stadium using public money are somewhere between slim and none.

Share All sharing options for: Polling Casts Doubt on a New Stadium in San Diego

(W)right On Communications recently conducted a poll of residents for both the city and county of San Diego, around the start of training camp. One of the ideas seems to have been to determine whether interest in the 2014 Chargers' season translated into interest in a new stadium.

The key questions (paraphrasing) were as follows:

Do you support or oppose the City of San Diego building a stadium for the Chargers? 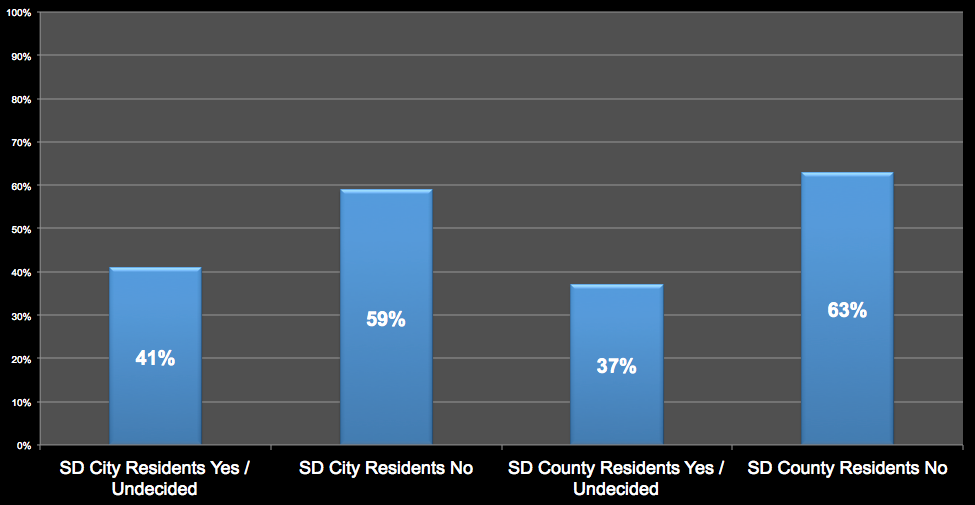 Would you still oppose the City of San Diego building a stadium for the Chargers, even if it means the Chargers leave San Diego? 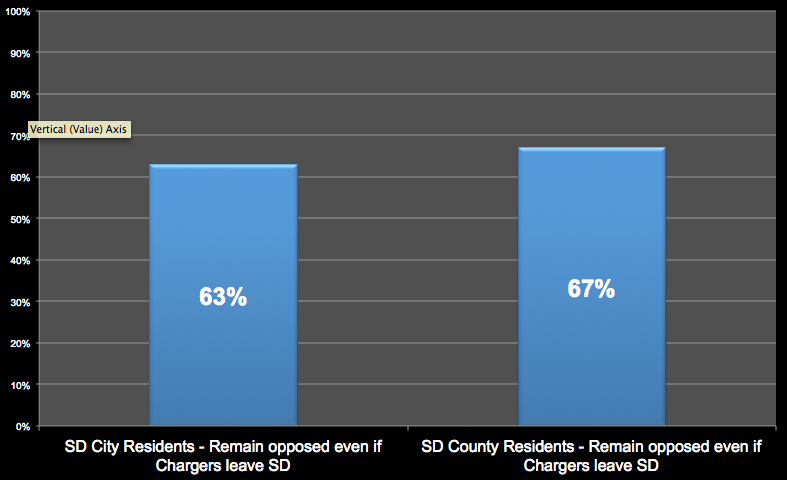 In all honesty, these results doesn't surprise me at all. Let me explain why.

Should the City of San Diego build the Chargers a New Stadium?

No, the City shouldn't. Very simply, San Diego doesn't have the money to undertake a project of that magnitude (both size and cost). San Diego doesn't have in excess of $1 billion dollars laying around waiting for use. San Diego cannot raise taxes to pay for the cost of a new stadium, and (as the results show) wouldn't stand a chance of getting the necessary two-thrids majority vote in favor of raising taxes.

There are likely additional factors involved in the results.

However, what's interesting about this poll is that we don't get an answer to the question of a public-private partnership, one wherein the Chargers (and the NFL) contribute a sizable portion of the new stadium cost. For instance, such a plan could work in the following manner:

Also, such a ballot measure would consist of a detailed Memorandum of Understanding (MOU), which would not require a two-thirds majority vote. Rather, a simple majority would suffice. This is critical, especially because the poll's results essentially mean that 40% of the population is dead set against the city building a new stadium.
Residents are rightly skeptical of any public money being used to support a largely private venture, and I think public awareness has risen to a point over the last 20 years that stadiums don't do nearly as much to generate revenue as owners and commissioners suggest.
Of course, one other thing which would help in San Diego is AN ACTUAL PLAN OR PROPOSAL.