San Diego Charger players' tweets and Instagram photos showcase how they engage with fans and give back to the community.

If you find the time -- or the need -- to relax your brain and step away from pre-season analyzing and speculating, scroll on down.

After hours of stalking Charger players' Twitter and Instagram feeds, I found a hefty amount of off-season posts to reassure Bolt fans that players reciprocate their adoration and appreciate the love. Perhaps these will help ease the headache from the Charger's recent loss to the Seahawks, or at least put a small smile on your blue and gold painted faces.

Note, these are listed in no particular order: 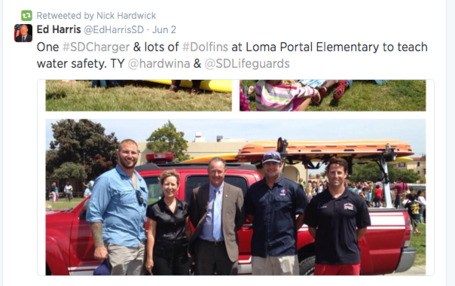 Dwight Freeney did push-ups with small children on his back. 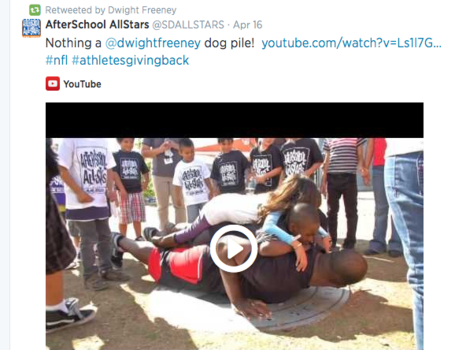 Mathews also retweeted the PJ Prince of Bmore's tweet (per the Prince's request) for his 40th birthday.

Corey Liuget professed his love for S.D. and gave a shout-out to an artist fan. 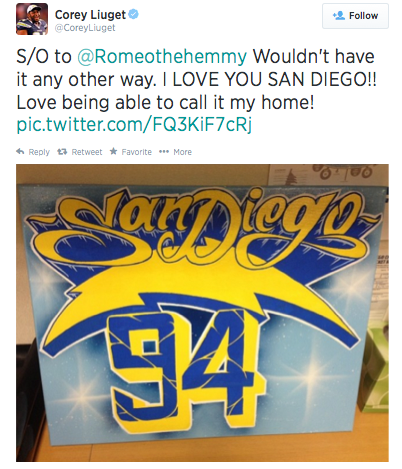 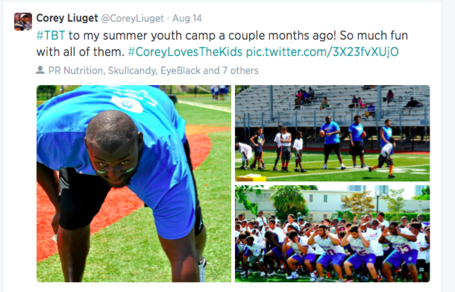 ...and was also one of many Chargers who took on the trending ice bucket challenge to raise awareness for ALS. 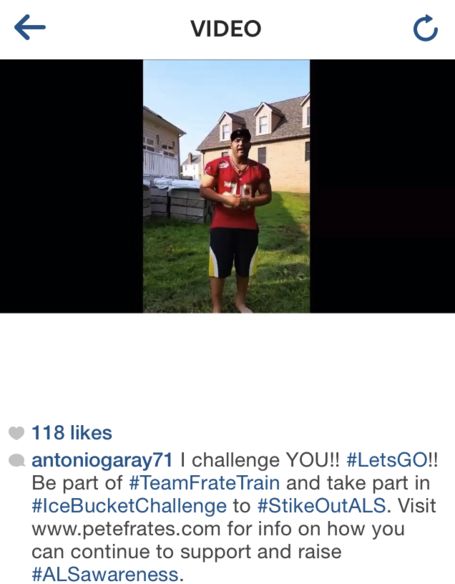 Darrell Stuckey spared Charger fans the angst of seeing him smiling with a Packer fan. 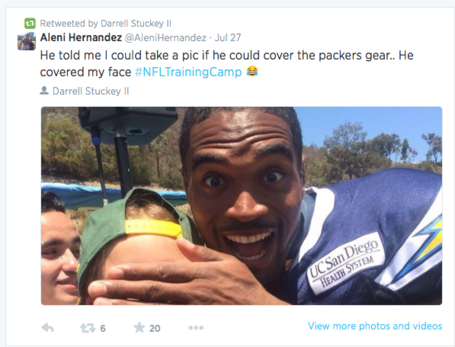 ...and later smiled with Bolt kid fans after practice. 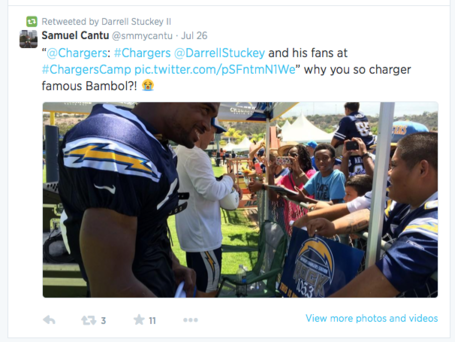 Vincent Brown chatted it up with participants at a surf camp for little people. 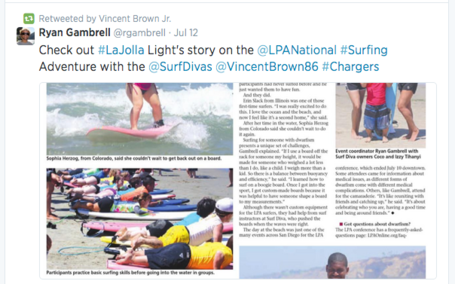 Seyi Ajirotutu tought kids some of his tricks at a youth football camp. 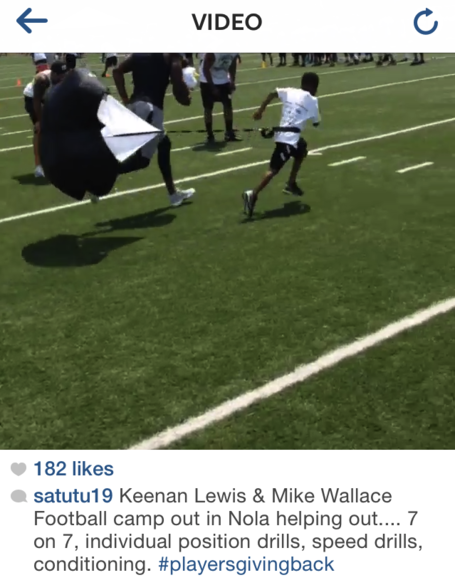 ...and was grateful to make this little girl (me included, I hope) smile. 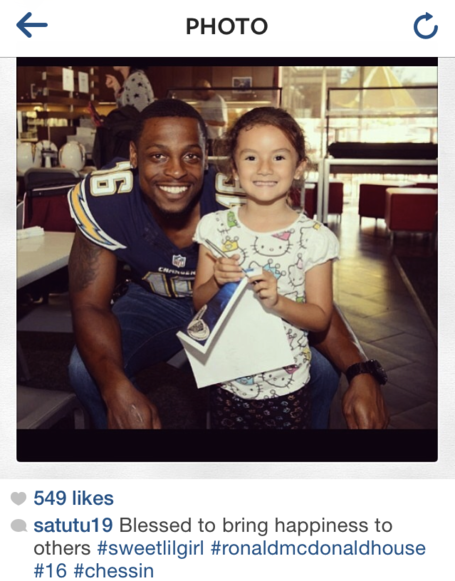 ...and served lunch for the STAR/Pal Luncheon alongside the great Aztec basketball coach Steve Fisher. 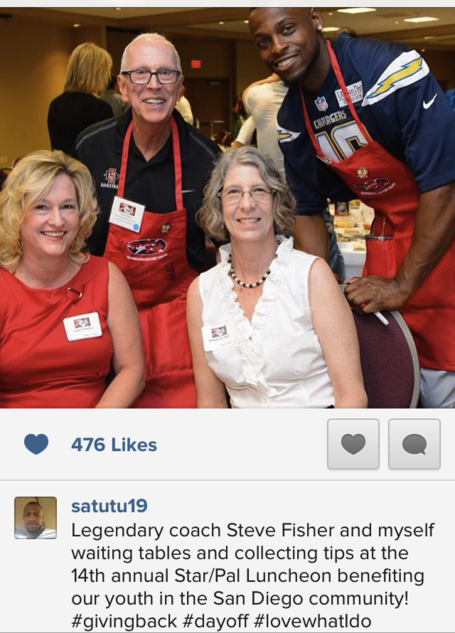 Danny Woodhead was super excited to stay with the Chargers.

...and inadvertently gave his followers a restaurant recommendation. 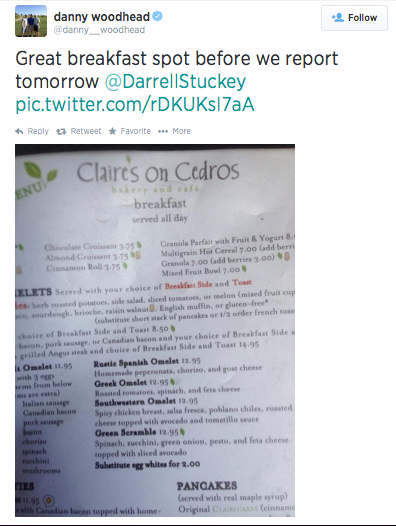 Rookie Brandon Flowers had "so much fun" supporting PETA/being nice to animals. 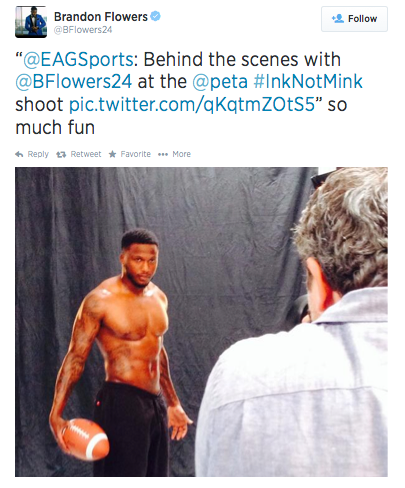 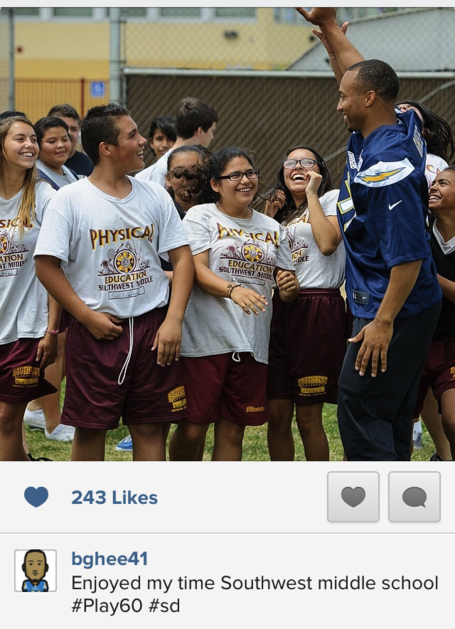 ...and supported the Padres. 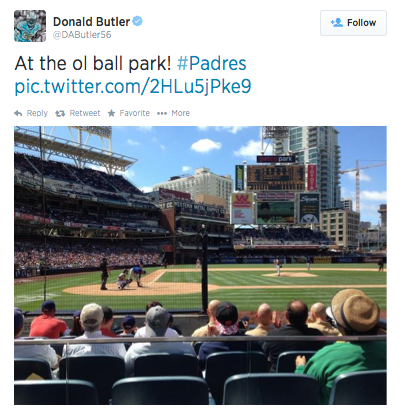 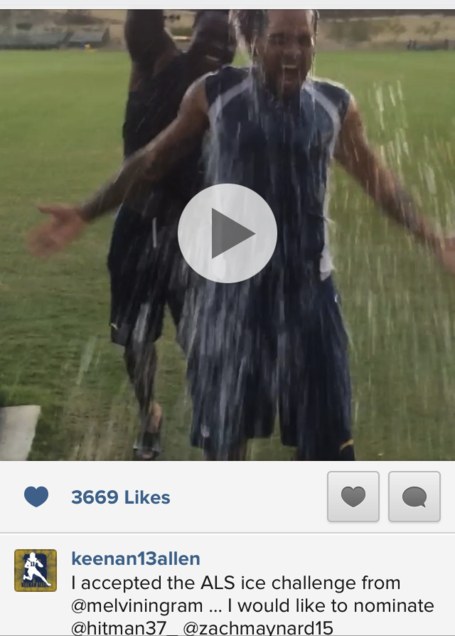 Thomas Kaiser and Michael Harris stayed late after practice to hang out with fans. 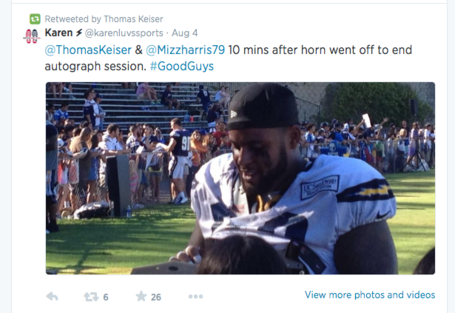 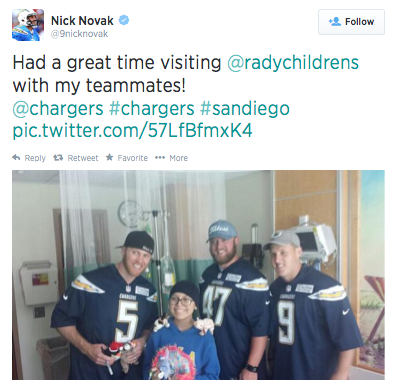 Jake Byrne, Type 1 Diabetic, is always an open book when it comes to questions about diabetes. 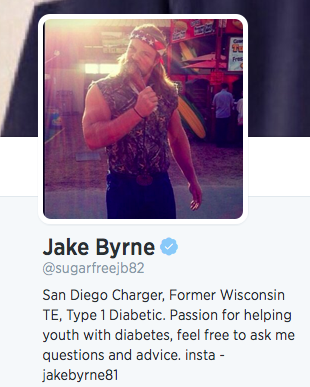 Eddie Royal hinted that he'd be nothing without the fans. 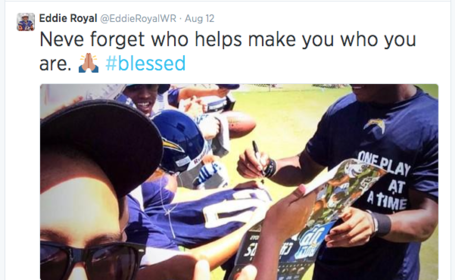