The only thing I remember learning from my defensive line coach was this one line: "DAMMIT HWANG, DON’T TANGO WITH THE OTHER LINEMAN." To be frank, I only played defensive line during my freshman year and parts of my senior year, but what you learn in that first year is pure fundamentals. Now, what did my coach mean when he told me not to tango with the other lineman? When you’re a defensive lineman, the worst thing that you can possibly do is stay in the exact same position throughout the play… or move backwards. Ergo, you are doing the tango with the opposing player. There are two main reasons for why a player tangos.

Reason A is completely understandable. Sometimes a player is just overmatched in skill and/or strength and cannot compete, but when I see reason B being applied by a player on film, I become instantly annoyed with the player from the lack of effort given. Reason B should never come up on film, because it only comes up when it’s blatantly there. Reason B is a player being lazy. Reason B is a player that I would not want on a team I would be building.

This brings us to the evaluation of Ryan Carrethers. Before I breakdown what I like about Carrethers, I just want to start out by pointing out the worst negative I could possibly find on a defensive lineman; to call him out and get it out of the way. 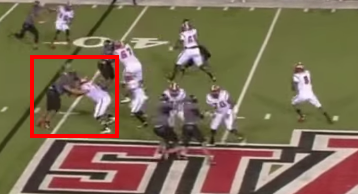 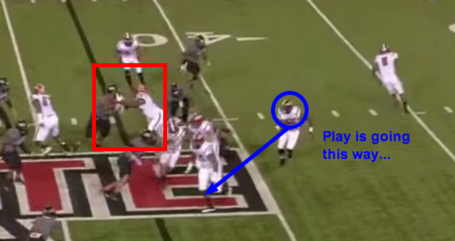 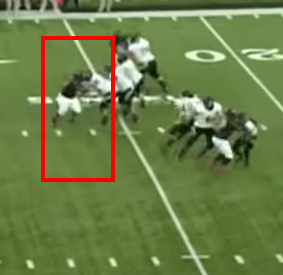 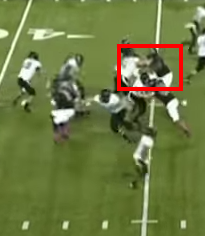 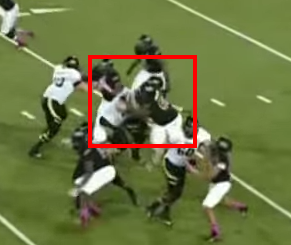 This isn’t So You Think You Can Dance. It’s football. The Tango is lazy. The Tango means you're giving up. For an athletic freak who's in a weaker conference, there are WAY too many instances where I see this happening.

Now that we got the single biggest negative out of the way, let’s talk about why I am excited for the Carrethers pick.

The Chargers selected Ryan Carrethers to be the nose tackle in the 3-4 scheme of the defense. The main priority of the nose tackle will be to two-gap at the line of scrimmage and determine:

While Arkansas State didn’t run a 3-4 often, whenever the defense was in the 3-4 set, Carrethers proved he knew how to two gap. 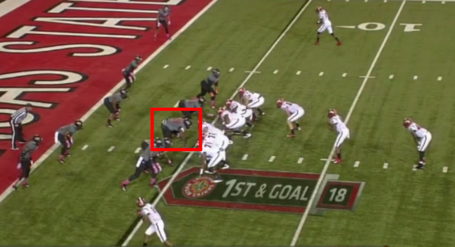 Here is a 1st and goal situation in a running set. 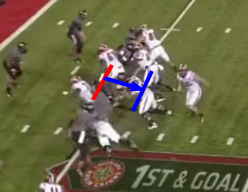 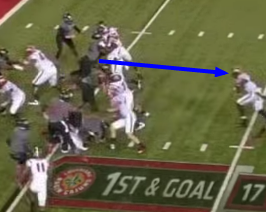 Then, you see Carrethers hold his man up with leverage while reading the gap the running back is running towards. His hands here are crucial as he’s giving himself enough leverage to throw his man off so that he can shoot the gap towards the running back. 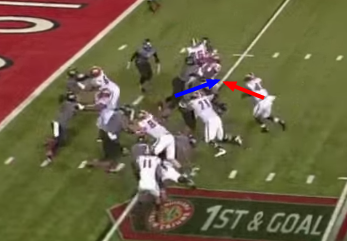 Carrethers has committed to the gap he will be penetrating and therefore uses a punch and dip to get off his man. He then closes off the gap that the running back is going towards and makes the touchdown saving tackle.

There are reports out there that Ryan Carrethers is supposedly extremely strong, but honestly, I rarely saw him be a dominant bull rusher in the game film. What Carrethers happens to be is surprisingly very quick. He has great hands, nimble feet, fluid hips, and a good burst off the line for a man his size. This is showcased in his most successful pass rush move, the swim move.

All I can say about the gif below is watch how quick this guy is. That right there is a beautiful swim move.

I understand that I may be putting a lot of criticism on a fifth-round draft pick that many are not expecting to start, but players like Ryan Carrethers are those who frustrate me the most. Carrethers is extremely talented and smart, yet he seems to take plays off and just refuses to give any shred of effort. This is infuriating to me because if basic fundamentals were to be applied to each and every one of those situations, the end result would be much more positive.

Carrethers has a few issues he needs to fix (balance, shot off the line, and the main one I pointed out earlier), but with the positives outweighing the negatives, I have high hopes for the future of this late-round pick.