A few San Diego Chargers players have been secretly playing on a softball team in town and we have exclusive pictures from their first loss of the season.

Getting e-mail from the BFTB readers is, without a doubt, the worst/best part of this gig. Today is one of those days when it is the best....

My niece went to watch her boyfriend play softball last night, somewhere in RB or Poway. They showed up to play and quickly realize they're playing a team full of Chargers.

The pictures are horrible, but you can see that Weddle is playing third and Rivers at short. Rivers is wearing a dark mullet wig, if you can believe that. I think that's Woodhead's real hair though (at the plate).

She said they were all really cool, and they actually beat the Chargers last night, giving them their first loss of the season I guess?

Also, she didn't know who was playing center field, maybe Shareece? But said that anything hit in the air was QUICKLY run down and caught. 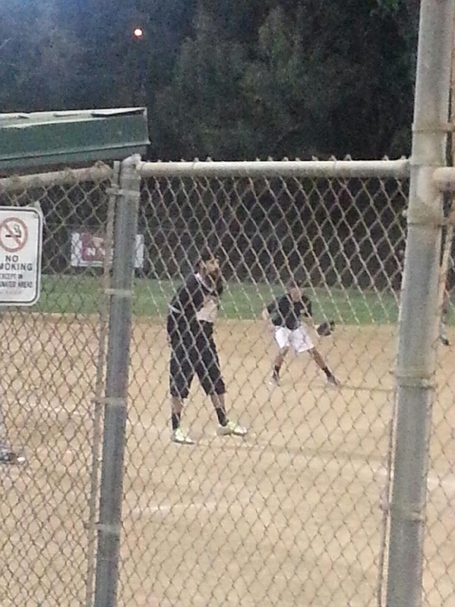 Eric Weddle playing 3B and Philip Rivers at SS. Imagine Rivers' throwing motion with a baseball! 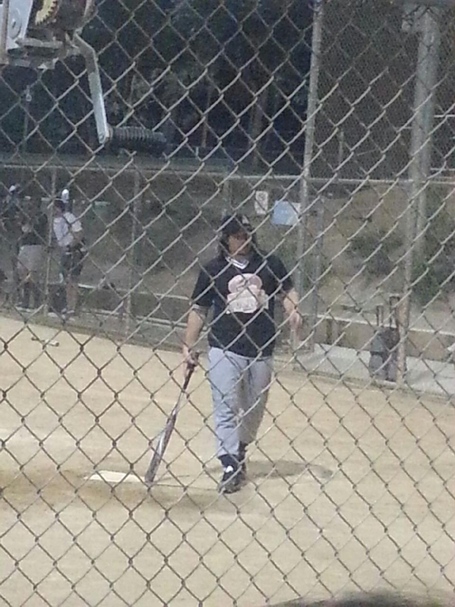 Why does Danny Woodhead look like he'd be the villain in one of the Major League movies? The long hair, the ridiculously stout midsection, the general swagger... If he didn't hit 3 HRs in this at-bat then I don't know what body language means anymore.

Seriously, this is the best thing. Let's find out when the next Chargers softball game is and go cheer them on, while wearing wigs and generally being crazy.

@BFTB_Chargers Here's a couple of Weddle & Woodhead as well. pic.twitter.com/4Jo0uEXHmI