The Book of Woodhead: Volume One

This is a recurring series in the life and times and Danny Woodhead, as told through the eyes of PFT Commenter.

Share All sharing options for: The Book of Woodhead: Volume One

Danny Woodhead is my favorite player in NFL. He works harder than any one. Hes the most humble person in the whole world on every subject including being humble, and he just seems like a all-around guy that would be cool to catch a hang with or just kind've talk football. Thats why Im writing a series called "The Book of Woodhead" to explain to America what a all-start human being Danny Woodhead is and why hes my favorite player in NFL. Trigger warning: If you dont like stories about Danny Woodhead is good, then you shouldnt read this.

Danny Frank Henry Woodhead wasnt born so much as he was forged. Most babys need a hand out or a hand up to emerge out of the frying pan and into the fire of todays modern hiphop world,, but little Daniel strapped on his work boots and practicly willed his way through the first of many seemingly inpossible holes into the world on January 25rd, 1985. That date's not insignifcant because it means that Danny Woodhead was conceived on the exact day of the 1985 NFL draft. While Mark and Annette Woodhead were watching the NFL Draft and having sex as one does, they watched in amazement as the Buffalo Bills drafted a scrappy grithouse under sized player by the name of noneother than Doug Flutie, Mark could contain his passion and exitement no longer and that Flutie-style quick release directly resulted in the conception of young Dan Woodhead. With that scrappy moment literally cousring through his DNA, Danny Woodhead was destined for football greatness.

Contrary to public opinon, Danny Woodhead was not born in a manger or on the backseat of a Greyhound bus rolling down highway 41. He was born in North Platte, Nebraska- 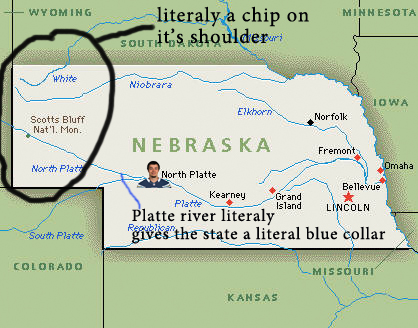 Danny was one of 5 kids born to Mark and Annette Woodhead cc Antonio Cromartie it is possible to have them all with the some women FYI (not to judge). His Dad Mark played wide recever for the Eagles in the 70s so basicaly he was just a last name of Wahlburg away from starring in "Invincible." The thing that was most impressive about Danny from a young age was his work ethic. He had a job since he was able to walk so that he could help his famly pay for things and also so he could have money taken out in taxes for other mooching famlies who choose not to work.

Last year I invented a award called "The Danny 'Newsboy' Woodhead Lunchpail player of the week." Why'd I call Danny "The Newsboy?" Well because just like a real newspaper:

-As a white RB hes part of a dying breed

-He allways delivers on Sundays.

So I was not suprised in doing reasearch for this series that young Dan Woodhead was literally a paperboy. He use to have a paper route so that him and his older brothers could afford cable to watch sports. Reminds me of the old sports joke "Whats Black and White and Red all over? The inside of the Vick brothers noses." No offense.

Growing up in North Platte, Nebraska, Danny was bullied relentlessley by the media telling him that only people who lived in New York or LA were cool. His dad was a gym teacher and a football coach which puts him just a "Camp Counselor" away from the guys-most-likely-to-give-you-a-cup-check-hat-trick.

Literally Danny wasn't just a coaches son,, He was a coaches son's dad's son. Pretty much Danny was Colton Burpo who instead of having his Dad make up all the right things to say about heaven his Poppa just taught him about padlevel and blitz-pickups.

North Platte, Nebraska is called "Rail City USA" which must of been such a disappointing nickname to Rob Grownkowski when he came to party there for a weekend. But they must be putting somthing in the water to be churning out ballplayers like Dan. Funny thing is I bet Obamas sending EPA agents up to investigate, cant be putting gas in the drinking water even though Danny has such a high motor that he needs it to survive.

Danny also didnt care at all about individual trophys as a youngser. He use to take his old ones, screw off the pointy parts, and use them as a seat to play video games on with his brothers. People forget that while you see your Cam Newtons and Reggie Bushes literally wiping there buts with the Heisman Trophy, thats all a copycat move of young Dan not giving a hoot about individual awards and trophys when theres family time to be had.

So there he was, the grittiest thing in a state that is made up entirely of corn about to make a imprint on the world. Danny was home schooled until 9th grade where his family installed in him such values as not being a PC Police and hard work. When he hit highschool the only books Danny would be cracking open more then his assignments were the record books. He ran for almost a million yards and touchdowns all four years. He made it to the state finals and semifinals but always graciously let the other team win. After a record setting highschool career and probly braking as many hearts as yardage records, he just knew a college scholership was on its way.

But the calls, just like Deanna Farve, never came. Bill Callahan or whatever pile of screaming retread trash was coaching the Cornhuskers at the time never even gave Danny a sniff, much like any police k-9 unit that might come across his luggage in a airport. So Dan had to look past his dream of playing D1 ball to Divison 2.

In Nebraskas D2 culture,, the scholarships are typically only handed out for things like wheatmath or being a relative of someone who moved there 150 years ago to literaly fight a war for the right for a new state to be aloud to do slavery, so Danny had to be a "Hustle-on" which is the bluecollar equivilant of a "walk-on." Off Danny went to Chadron State University to do what he does best and outwork everyone. Despite attending a college that sounds like a urban dictonary name for tucking a boner into your wasteband, young Danny Woodhead was ready to stick out...

Next Up In NFL