Jerome Watson gives a quick take on the Chargers first round selection.

Share All sharing options for: San Diego Chargers get better with addition of CB Jason Verrett in NFL Draft

The San Diego Chargers selected CB Jason Verrett with 25th pick last night. After pacing back and forth in the kitchen, I decided to make it a long night and give the TCU CB a fair assessment.

For starters, Tom Telesco wanted speed and he got it. He likes players with productive collegiate careers and he got it. I'm not even mad at that. Verrett was highly productive in college posting 43 pass breakups and 9 INTs. The kid is small but he can flat out ball.

On to the assessment...

Consistently throughout games, Jason Verrett switched between playing on the left side, on the right side and inside. The scheme calls for this as they adjust based on the offense's formation and this is to San Diego's benefit. He has a lot of game reps playing to both sidelines and a lot of game experience playing inside. This means he already understands the footwork needed to defend the three way go that slot receivers have should he be asked to defend this area for San Diego (see Marcus Gilchrist's struggles). 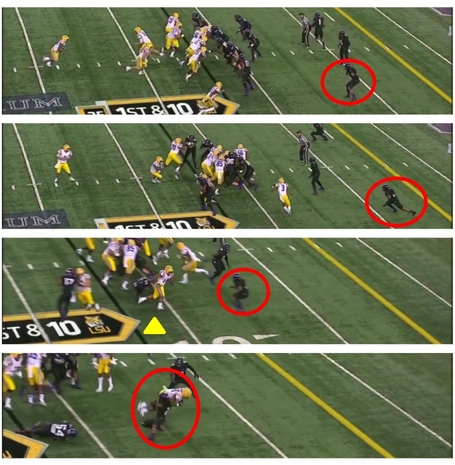 Verrett is not a superb tackler but a willing one. The example above illustrates not only this but his plant and propel skills. Jason recognizes it's a run and plants at about the 3 yard line. He covers 5 yards in a hurry and meets the bigger tailback at the 8. Wrapping and making the solo tackle at the 7. Good work.

Most say Jason Verrett is incredibly instinctual and that this is his best asset. This is true, to an extent. I actually think his read and react skill is his best asset and TCU's defensive scheme really made the most of it.

The Horned Frog defense plays a lot of Blue Coverage which calls for the to CB peek into the backfield to read the QBs shoulders, focus on the #2 option (usually a TE) and keep a peripheral eye on the #1 WR. So, a lot of the peeling off of his assignment to break on a flat route is more attributable to scheme than 'natural instinct'. 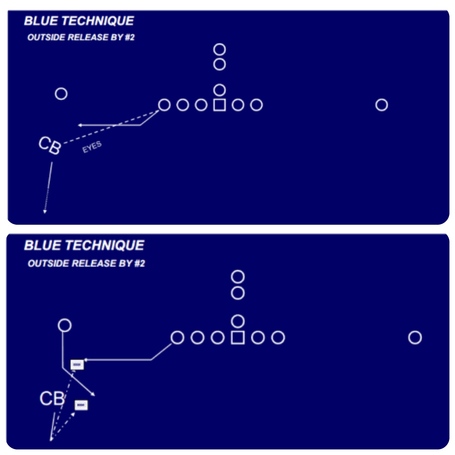 I'm not taking anything from him, it just tells me Jason Verrett should be playing in a Cover 2 Defense, not a press man one. San Diego's scheme is an off-man one and this gives Verrett the space needed to take full advantage of his read and reaction traits.

So, It's not the perfect fit but a it's serviceable one. 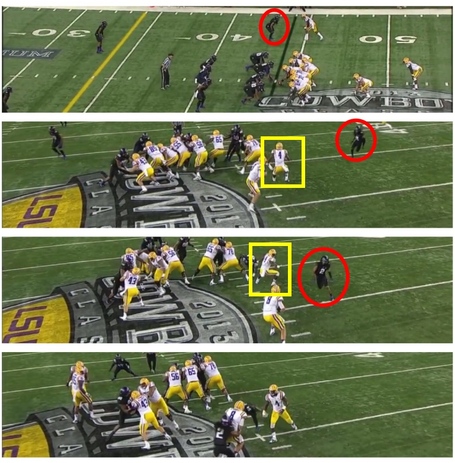 We talking speed? See above.

What I liked most about Jason Verrett on this Cat Blitz was how he angled towards the RB but never broke stride once he determined it was a play action pass. His eyes, hips and feet all clicked at once. He is crazy quick. Crazy fast. The LSU RB that whiffed knows exactly what I mean.

Jason Verrett should provide Chargers fans with some exciting plays, but I'm not convinced he can develop into a #1 "shutdown" CB unless, of course, his role is copied and pasted from his role at TCU. I do think he can be a sound #2 CB and/or a really, really good slot corner.

If you look at the pick with a positive outlook, San Diego got faster last night and Telesco has 2/3 of the starting secondary (Verrett, Steve Williams) he wants already in place.