Jerome Watson presents his take on a Mock Draft and some of his selections go against the grain.

Round by round, the picks are as follows:

Simply put, San Diego has no future at either of the Guard spots. In fact, San Diego only has one building piece up front going forward. This is a bigger problem than you think and it gets addressed here.

Xavier Su'a Filo is the best guard prospect in this draft and one of the better guards I've ever broken down. His awareness is upper echelon (See Below Image) and he studies the assignments of the other 4 offensive lineman, which allows him to play with conviction. 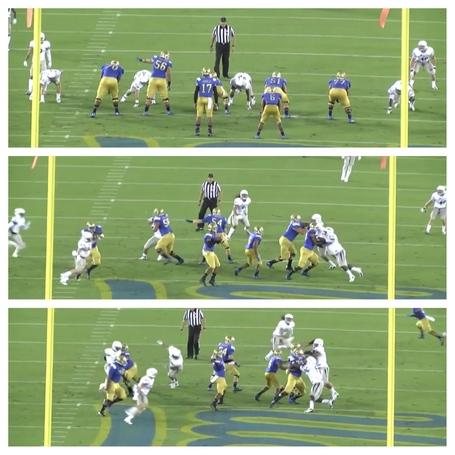 He is built for Zone Blocking teams and with San Diego turning the corner in its second year in the scheme, XSF plugs right in without much of a learning curve. 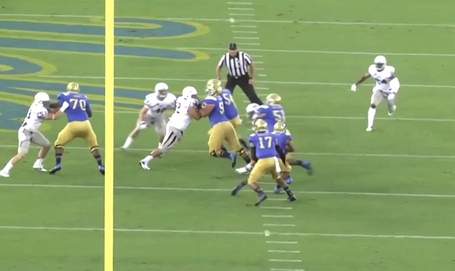 (Xavier Su'a Filo completely washing the 1 technique and circling the wagon on Inside Zone.)

Chargers.com lists 8 CBs on the current roster. EIGHT!. So, addressing CB on day one is not as much of a necessity as Chargers Fans want you to believe.

Phillip Gaines is a phenomenal athlete and is built for John Pagano's off-man scheme. He has incredible closing speed and top end speed. He pairs a swift backpedal with fluid hips and this allows him to effortlessly gather himself on WR breaks and make a play.

The Rice CB is really alert in Zone Coverage and keeps his head on a swivel to see which routes are coming into his spot. What I like most about him, as with most, is how he plays the game from the shoulders up. A lot of players with his athletic abilities lean heavy on them to get by. Not Gaines. San Diego gets 'faster' on defense and gets a scheme fit. A win-win.

Quick Stat: Gaines was targeted 40 times. He only allowed 13 receptions. He had 9 pass breakups and 4 INTs. If you do the math, it means he touched or was around the ball 1 out of every 3 passes... Compare this number to the top CBs and let me know how you feel.

Chargers snag another Big 10 Defensive Tackle capable of playing anywhere in San Diego's 2-Gap, Odd Front. DaQuan Jones is greatest asset is his snap anticipation. He may not be a 'pass rusher' but he also can't be pigeon-holed into 'run defender only' categories. His ability to 'shock' offensive lineman off the snap, counter their counter quickly and locate the play direction is impressive. Couple this anticipation with technique tuning, and you get improved pass rush from him - sooner rather than later.

DaQuan Jones vs Syracuse 2013 (via JmpasqDraftjedi)

At 322 pounds, DaQuan Jones can compete w/ Sean Lissemore for the 0 Technique job. He is capable of sending DE Kendall Reyes back into a spell role, as he can offer San Diego more in run support with similar penetration abilities. DaQuan in a 2i technique and Corey Liuget in opposite A Gap, in San Diego's 245 Nickel D, is something I think Chargers fans will like seeing on Sundays.

San Diego doesn't fill the WR2 that everyone wants but they get a dynamic WR3 of the future and again build on the strength of the club. If schemed properly for, Huff COULD line up opposite of Allen but I'm sure if drafted, his role will be operating and stretching out of the slot.

In a quick-strike, ball control offense, you want players who can turn safe throws into marginal gains. You want WRs that turn into running backs once they get the ball into their hands. You want WRs who one or two defenders have to identify when they're in the game. You want willing blockers on the outside. You want Josh Huff.

Huff has the production that Telesco likes but also offers a ton of upside too. His route running, along with many of the other wideouts, can obviously improve, but he runs his routes aggressively and confidently and I'm okay with this at the moment. 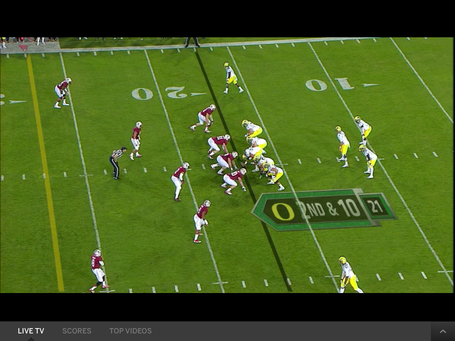 *Imagining RB Danny Woodhead and Josh Huff in this alignment, on third down

Bolstering the front line is obviously a need and it again gets addressed here.

Like mentioned earlier, San Diego still employs John Pagano and therefore employs the aging 2-gap defense. This type of defense requires space eaters at DE and San Diego currently only has one at the moment. This has to be addressed.

Early, DeAndre Coleman won't offer much in the pass rushing department but that's not why I have him here. He's here to pick up the slack that Kendall Reyes leaves in the run stuffing department. Coleman is a space eater. He was often used as such and therefore already gets the role that San Diego would need him to fill. With experience at Nose and 5 technique, Coleman helps immediately on 'early downs'. This keeps Kendall Reyes fresher in games, hopefully helping him revert to the 2012 flashes he had.

Capable player. So much that I don't think he'll be here this late. I wouldn't be shocked if a team took him a round earlier than this.

Britt is another player that combines production and versatility. Justin started all games for Missouri last year. He has played both tackle spots and I think that's where he'd benefit the Chargers the most; Swing Tackle on Game Day. His compact frame suggests he can kick inside to Right Guard. Left Guard, for him, would be a reach as his vision at the second level is poor at the moment. But that's OK. If Coach Joe D can mold him into a three spot player (RT, LT, RG), San Diego gets a head start in filling the role that will be vacated by Jeromey Clary in 2015 - maybe even earlier. A win in round six. 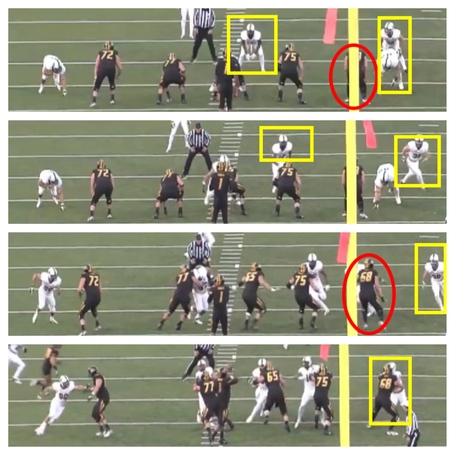 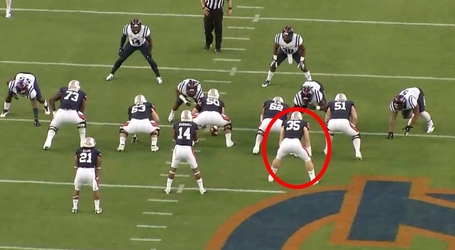 I'm just a fan and if it wasn't for the Pre-Draft signing of David Johnson, I think he could really give San Diego an added power dimension when they spread the field. Jay is well conditioned and super physical. He played in a Spread Offense, so he is familiar with Inside Zone. In addition, Auburn uses gap schemes (Power, Counter, Trap). So, if McCoy reverts back to his running style in 2014,  Prosch could be an asset to this offense.