Kyle Posey lines out some dream scenarios in the first two days of the 2014 NFL Draft. Should the team trade up or trade down? Which positions should they target? Find out in this fantastic draft preview.

As we found out last year, the draft is a process. So, while 90% of BFTB (including me) wanted to rip their hair out with disgust after the San Diego Chargers selected D.J. Fluker with their 1st round pick, the team came away with 3 starters in the first 3 rounds. So expect plenty of strong takes, but keep in mind that we all need to respect the process.

That being said, Tom Telesco could just select the players we want so we don't have to call in sick to work the next day because of what he put us through the night before. Today I'll give you my top 5 preferred outcomes in round 1.

5. Trade Up for a "Falling" Player

Look, I understand San Diego is far from being 1 player away from being a top team in the NFL. The draft often brings many surprises where really good players fall. It happens all the time. This year, if a guy like Anthony Barr falls, or another uber-talented potential difference-maker like that falls into the 20's, and San Diego can trade up to get him by giving up a late round pick, then that's a move they should make.

Is depth an issue? Absolutely. Getting a potential star player in the 20's is worth whatever "risk" you lose by giving up a late day 3 pick. This is only moving up a couple of spots in the draft, so it shouldn't have to come at the expense of one of the more valuable draft picks. I should also note that this shouldn't be limited to a "need" position, as San Diego can do a better job at creating competition at nearly every position. The draft should just be about bringing in the top talent possible.

The position on the team that could probably use the most influx of talent is the cornerback position. It's arguably the biggest "need." Whether it's by drafting a pass rusher so they have less time to cover, or drafting one of the top cornerbacks who can actually, you know, cover, this is a position that should certainly be addressed early on in the draft. The more I watched, the more I'm convinced Kyle Fuller has separated himself as the best corner in the class, and the only fallback option being the smart cover corner from Michigan State in Darqueze Dennard. Jason Verrett is very good, but the strength at his size is an issue, & his durability is a concern as well.

Is Johnnie Troutman the answer? Maybe, but he has a long ways to go. Jeromey Clary certainly isn't the answer. And while many fans believe the wizard of an offensive line coach Joe D'Alessandris can turn water into wine, why not give him one of the top talents, so he can turn a good/great player into one of the top guards in the league? If the Chargers can continue to improve their offensive line they'll make life so much easier for Ryan Matthews, which opens up things on the perimeter.

I doubt it's going to happen, with King Dunlap's concussion issues, but what if a left tackle came off the board day 1? It wouldn't be sexy, and I'm sure our initial reaction would be to hate it, but it helps the team and would give the team to bookend tackles to protect Rivers for the next 5 years.

2. Taking the Pressure Off Keenan Allen

I really just want Telesco to build on his strength, like he did in his 7 year tenure as Director of Player Personnel for the Indianapolis Colts. 5 of those years he drafted offense 1st, and 3 of those years he double-dipped on that side of the ball in the first 2 rounds. In this situation, I'd like to see them bring some top talent in to lineup opposite Keenan Allen.

Drives would stall late in the season (23rd in the NFL in touchdown percentage in the red zone) because teams would either double team Allen or "cloud" him and no one else on the field could get open. 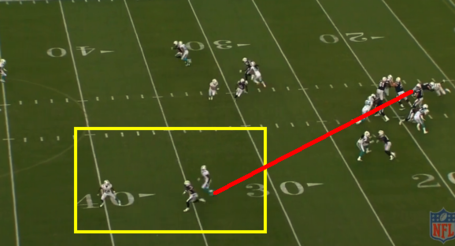 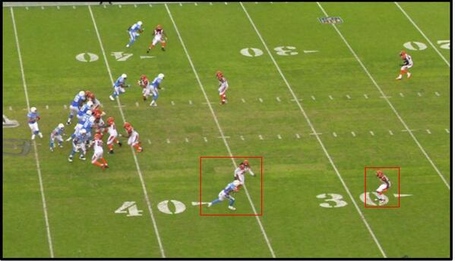 This is where it gets tricky, though. Because I don't want the team to "reach" for a wide receiver just for the sake of getting someone opposite of Allen. This is draft does offer great depth at the receiver position, but at the same time that doesn't mean you wait on the position. Obviously, the longer you wait, the more flaws the player will likely have. The Colts drafted a receiver in the first round of the 2007 draft after they had 2 established veterans, so I see no reason why this isn't the draft to add help on the perimeter early. It seems like Telesco is looking for big body receivers, but Brandin Cooks is an explosive option that should be there at 25.

1. Getting Lucky and Trading Back

San Diego selects right in front of the Cleveland Browns, who clearly want to address the quarterback position. What fans should hope for is that they don't select a quarterback at pick #4, or that the quarterbacks fall in general, that way teams want to trade in front of the Browns to get their guy. Lately, I've seen this more and more in Mock Drafts, but this could be something that really happens.

It seems like the Chargers have 2 draft crushes this year, do it all football player Kyle Van Noy and late rising wide receiver Cody Latimer. If San Diego can trade back into the early 2nd with one of these quarterback-needy teams, and still get their guy, that's the definition of value. That's where I had both guys graded out, in that early 2nd round. Let's say the Chargers pick up an early 3rd round pick, that gives them 4 picks in the top 100, right where the real depth of the draft is. This would be the best possible outcome in my opinion for San Diego.