Share All sharing options for: San Diego’s Own 'Justice League' Unites for Youth

STAR/PAL’s programs serve the youth of San Diego who don’t have access to the resources they so deserve. By providing a variety of year-round educational programs, STAR/PAL aims to, "empower underserved youth to build a safer and more prosperous community."

One of the several Chargers in attendance, (DE) Kendall Reyes, had an infectious enthusiasm for the cause. In a chaotic prep room, he rallied behind his comrades and autographed anything he could find. The memorabilia was then stashed by San Diego's celebrity servers to surprise the paying guests. The local super stars then humbly marched in to a room of enthusiastic guests at the Joe and Vi Jacobs Center and collected tips to support STAR/PAL and its programs. 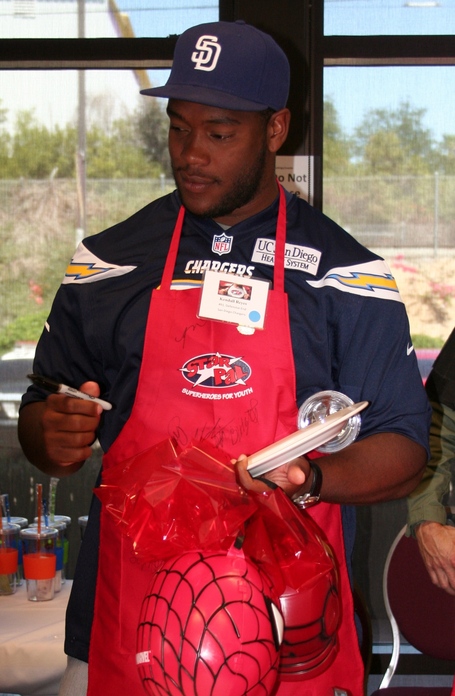 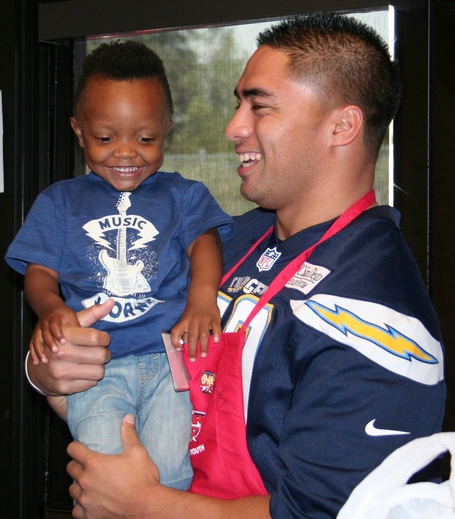 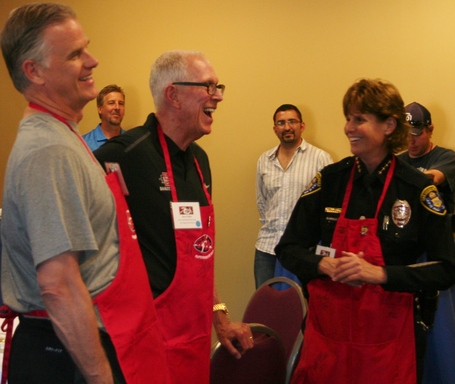 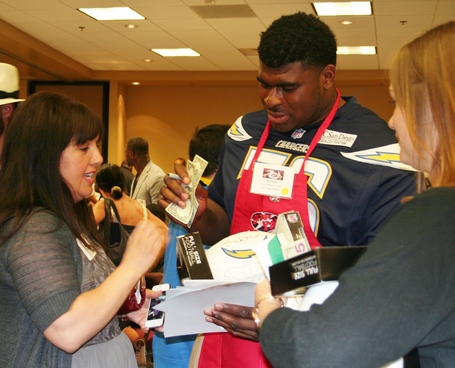 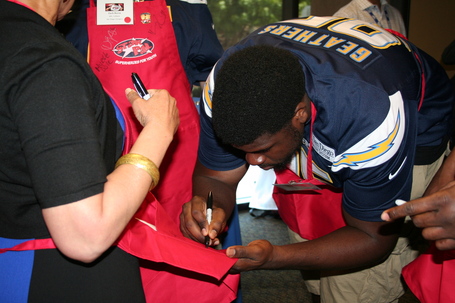 Reyes, who is regularly involved in the community, said Dick Lewis, Director of Player Outreach (former long-time Director of Security), connected with him about a year ago and inspired him to give back to San Diego. Every Thursday afternoon, a group (led by Lewis) heads down to the Salvation Army helping feed homeless San Diegans and mentoring teens from the McAllister Institute.

Chargers Fullback reserve Zach Boren, who has only been in San Diego a few weeks, said his community involvement began when he was at Ohio State. Boren said, "(Within) the first couple days when I came out here, I talked to Chase (Hartman) and all the people who orchestrate all the community outreach and told them right away I wanted to be involved. It’s a great way to reach out to people and make different connections – I wanted to get involved right away."

While the arms-reach of social media make it effortless for celebrities to publicize their good deeds, Reyes says, "It’s not about the publicity, but connecting with the people. I have no problem being the background being behind stuff - whatever I can do to help out. At the end of the day, it’s all about helping people."

The efforts of PAL reach far beyond San Diego; the nationwide organization has been leading community chapters throughout the U.S. and providing educational activities for at-risk youth for over 70 years. If you would like to contribute to San Diego’s STAR/PAL, please visit www.starpal.org. 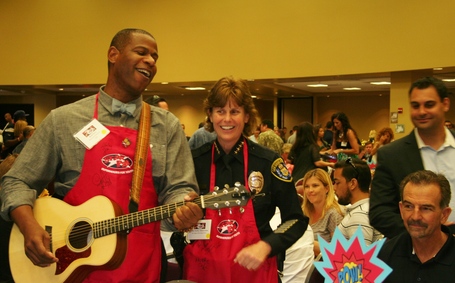