New and returning "Charger Girl" candidates had their final auditions. Get to know a few of the finalists who have been hard at work hoping to make the squad.

The final auditions for the Charger Girls squad took place at the Sheraton San Diego Hotel and Marina Thursday evening. Out of the 300 girls that initially tried out, only about 70 finalists were left to compete for a spot on the 28-member team.

The Chargers head honchos were in attendance to judge the finalists, including Charger Executive V.P and CEO A.G. Spanos. The official 2014-2015 Charger Girl roster will be introduced on Chargers.com by the end of the week.

We caught up with a few of the girls for some Q&A while they warmed up and prepared for their 3-hour final audition. 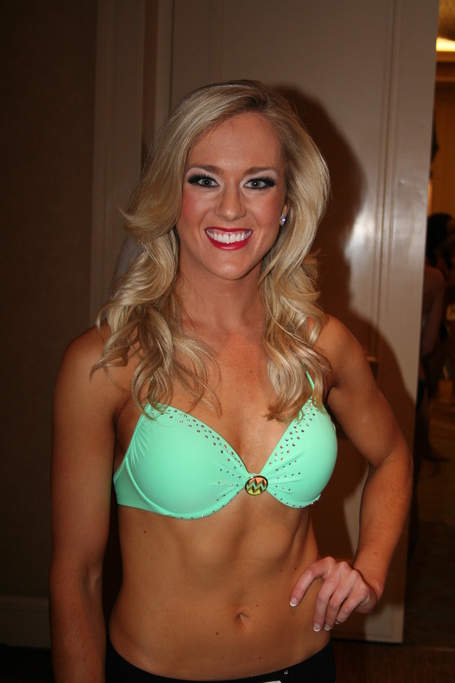 I’m from Colorado. I actually reside in San Clemente right now, but I love San Diego.

What are some things you like to do in your free time?

I actually work full time as an events manager for a non-profit, but I definitely value my free time to keep dancing and pursuing my dream of dancing professionally. I’m also a runner. I get up to the mountains and go snowboarding when I can…yeah, staying active!

I studied abroad for a semester in Italy, which was a really great experience. I also went abroad for two weeks last fall backpacking in Europe, so I try to keep traveling when I can too.

Hmm, I’m trying to think of something that would benefit other people when you’re ruling the world!

How about Chargers to the Super Bowl??? 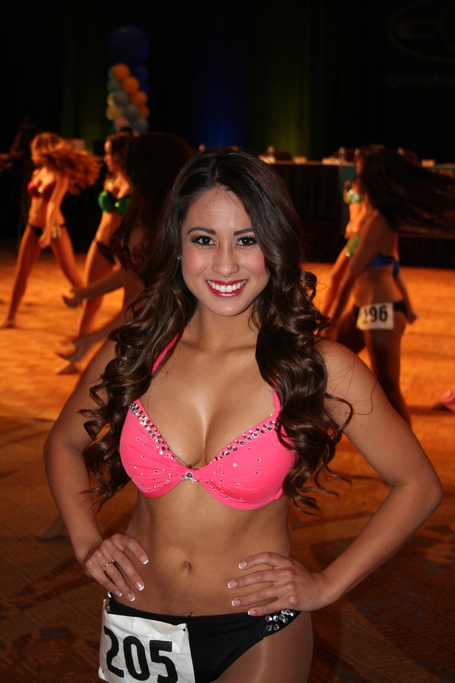 What are your favorite things to do in San Diego?

Have you ever been to the flower fields in Carlsbad? I think that’s my favorite destination getaway. I really like the flowers and taking pictures there has always been fun. I love the beaches. Coronado beach is my favorite.

I go to UC Irvine, I’m the cheer captain there. I’m going to graduate in June – my major is journalism. A lot of people say that I look like Catherine from the Bachelor. I didn’t watch it at first, but when people started saying that to me then I was like, "let me find out who that is!" It was actually really funny.

I think a guy has to have a really nice smile. Once I see him, a smile could definitely catch my attention. 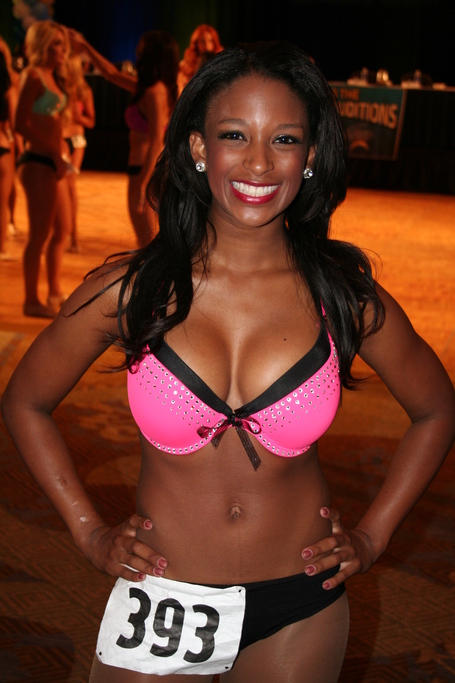 Orange County, so not too far.

Is this your first tryout?

This is my first time making it to the finals, but my second time trying out.

What made you want to be a Charger Girl?

When I was 12 and I went to my first Charger game and saw the girls, I was like, "that’s what I want to do!"

I have the worst handwriting in the world. Literally, it’s chicken scratch. I got nervous when we had to write something [for tryouts]. I was like, "oh, I really hope they don’t look at this paper too much!"

If you could have dinner with one person, past or present, who would it be?

Sigmund Freud. I’m a psychology major, so studying his works, it fascinates me how his brain worked. I definitely think him. 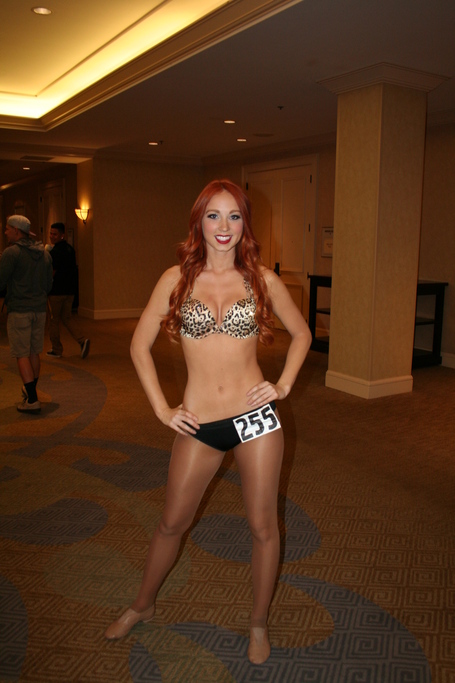 I am originally from Castle Rock, Colorado.

Being from Colorado, are you more of a Charger fan or do you ever go to the dark side and root for Denver?

Oh, no. I am definitely a Charger fan. I was born here – I’m from both places I’d say. My grandparents are Bronco fans, so it gets a little crazy in my household because my parents are Charger fans. [During] the Super Bowl I was like, "just don’t let the Broncos win!" I’ll never hear the end of that.

Yes, I am returning. This will be my 5th season if I have a chance to come back.

Being a Charger Girl you get to be involved in the community. What is one of your favorite things to do outside of being on the field?

I love working with children. I do daycare so whenever we get an opportunity to work with the kids in the community of San Diego, I really enjoy spending time with them. We do Play 60 events where we get to go out and help them with ideas on nutrition and how to stay active.

I have the biggest sweet tooth and I eat sweets after every single meal. I love red velvet cupcakes – they’re so good!

That they’re funny. They have to be funny and make me laugh because I love laughing.

Make everyone be really nice to everyone else – and not honk when I drive bad! 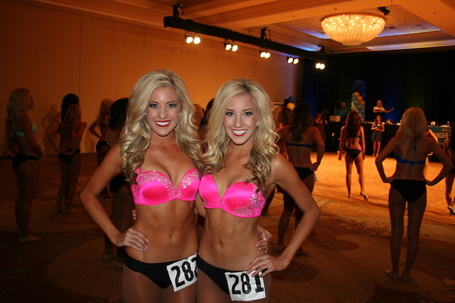 Where are you guys from?

We’re from San Diego. Born and raised. We actually go to school at the University of Arizona.

What are your majors?

Yep, and minoring in Sociology! And we both dance – pretty much everything the same!

What are your favorite things to do in San Diego?

We actually live right next to Torrey Pines State Reserve, so we love that, anything being outside, going to the beach, surfing, all that good stuff.

We love to read. We’re both very adventurous. We’ve both been skydiving, in hot air balloons, parasailing.

Intelligence. Funny too. They have to have a good sense of humor.

If you could have dinner with one person, past or present, who would it be?

I would say Walt Disney because it would be great to listen to everything he’d have to say. He created Disney Land!

Probably Barack Obama. That would be cool to have dinner with the President.

The Charger Girls do a lot of community work. Is there anything you're particularly excited to be involved in?

We were both Junior Charger Girls in 5th grade, and so we’re really excited if we made the team to be able to work with kids. We both volunteered at Children’s Hospital all through middle school and high school. We actually work with Hope Kids. It’s in Tucson, Arizona. So that’s probably what we’re most looking forward to is anything in the community with children.

UPDATE: The 2014 Charger Girls have been chosen!