Rookie linebacker Manti Te'o may have played his entire season with an injured foot that ultimately required surgery.

Share All sharing options for: San Diego Chargers linebacker Manti Te'o has surgery on his foot

As I'm sure you all remember, rookie Manti Te'o missed three games to open the season thanks to a foot injury he suffered during the preseason. He was cleared to play and presumed by many to be healthy. It would seem that this either wasn't accurate, or he re-aggravated his injury during the course of the season.

A team spokesman (per Michael Gehlken) confirmed on Tuesday that reports generated by an Instagram account claiming to belong to Te'o of foot surgery were accurate. The spokesman was unable, however, to confirm whether or not the account, in fact, belonged to T'eo.

The Instagram posts which can be seen below claim to show an x-ray of Te'o's foot with a repaired stress fracture of the third metatarsal. 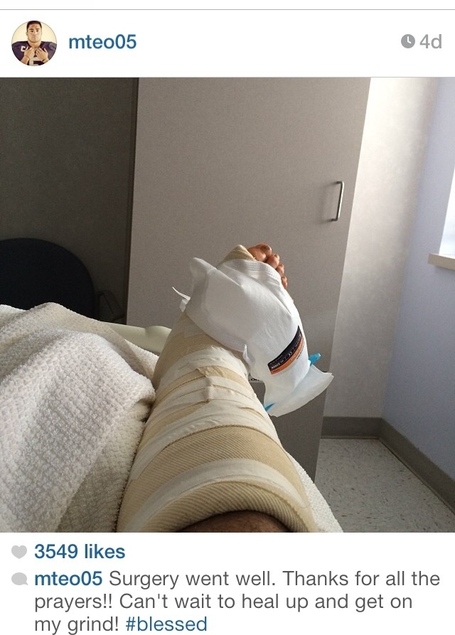 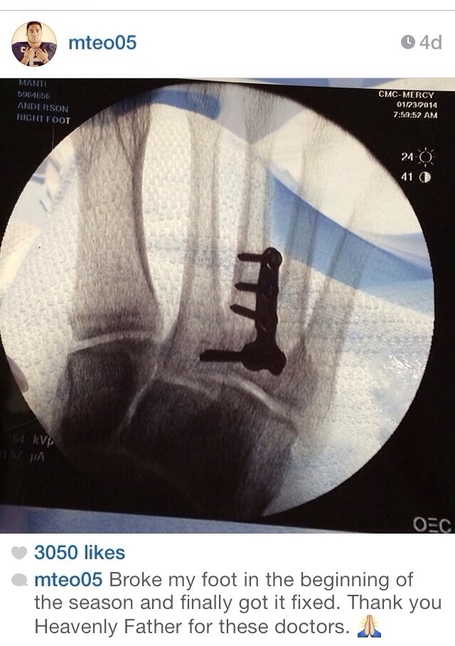 The question this news raises is if it was the hidden injury or a deficient skillset that limited Te'o in his rookie campaign. He was frequently a step slow through the hole or in coverage and a foot injury could certainly have helped cause or worsen that problem. The bigger issue was a hesitancy to attack or to take on blocks. A foot injury shouldn't necessarily lead to that kind of issue, but if you want to be charitable I'm sure you could assume a connection.

What do you think? Can we write off Te'o's failure of a rookie season as the result of a broken foot?