Nick Shepherd has been blown away by the changes in Ryan Mathews throughout the Chargers 2013 preseason. He's run hard, run well, and he's looked good while doing it. What's changed?

It looks like I was wrong about Ryan. He's clearly been working his tail off in the film room, and the decisions he's made on the field have dramatically improved as a result. In the short glimpses we've had of Ryan during the 2013 preseason, he's looked like an entirely new player. He's made the correct read more often than not, has broken tackles and in general has performed at a high level.

Here are his stats (which SCREAM small sample size):

Ryan has averaged 4.7 yards per carry and has even broken a long run or two. I wanted to go back to the tape to see how he's done that. Since Ryan has had only 26 carries ( about one full game's worth), I'll break down nearly one third of them and annotate my findings. Here goes: 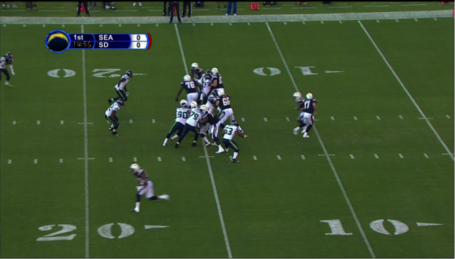 As you can see, there's not much of a hole here, but rather than dancing in the backfield looking for a larger opening, Ryan plows ahead for 4 yards. This is a terrific sign. Ryan took every single yard the blocking presented, and even churned his legs for an additional 1.5 yards at the play's end. On his second rush of the game, he does pretty much exactly the same thing, except the blocking was a little better, so Ryan gained 6.

Great play by Ryan to jump over the linebacker to gain nine yards. This is also the beginning of a somewhat disturbing trend: Ryan has leapt over the line on all 3 short yardage situations he's been presented with. That's too predictable, but this play is awesome, so screw it.

On his first carry, Ryan sets a tone that he would continue throughout the course of a very successful night: he doesn't hesitate. Ryan takes the handoff at full speed, finds a small crease and burrows for 6. Again, it's encouraging to see Ryan hit the hole with such force.

Here's the first sign of trouble in Mathews' preseason. The blocking is great; a huge hole is opened up that leaves Ryan one on one with the free safety. Rather than cutting, making a move or trying a stiff arm, Ryan simply lowers his shoulder and charges. Great running backs break this tackle. In the next drive, Forte is given a one on one opportunity against Eric Weddle (a MUCH better open field tackler than Major Wright, who makes the play against Ryan). Forte beats Weddle and scores on a long gain. Throughout his career, that open field ability has been the biggest difference between the "top tier" guys and Ryan.

Ryan makes a great read in the backfield, showcasing his improved vision, and immediately runs hard up field. The only negative, and this is nitpicking, is that you hate to see Mathews try to take on every tackle in the open field as a head-on collision given his struggles to stay healthy. 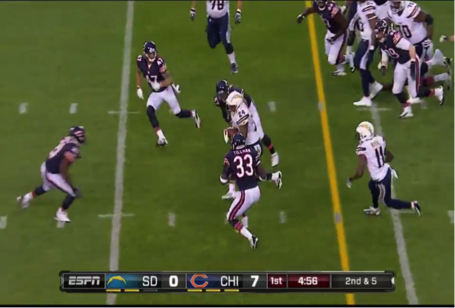 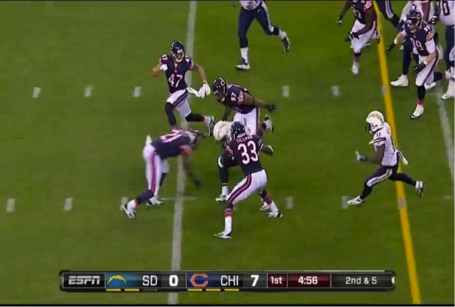 Mathews is so focused on barreling his way forward that he misses the hole around Chad Rinehart's block. 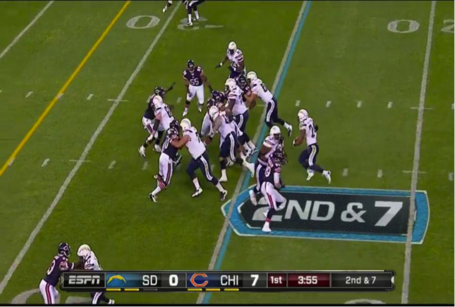 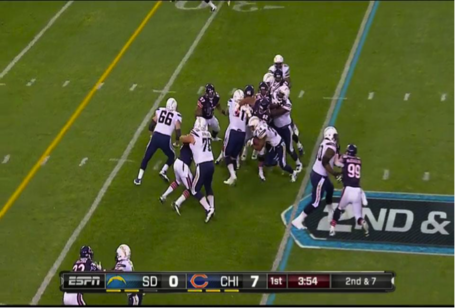 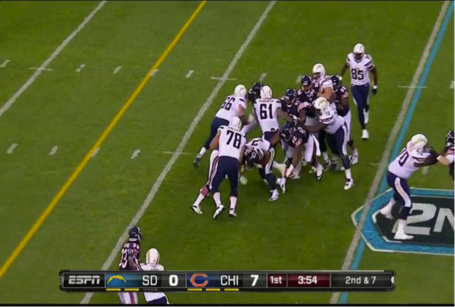 Great read and play by Ryan here. The play showcases his newfound quick decisionmaking and desire to take the rock immediately upfield. Again, these are not plays that Ryan consistently made in the past.

We'll end with Ryan's best and most encouraging play of the preseason. Ryan MAKES A MOVE IN THE OPEN FIELD. Given the amount of time I've spent watching (and criticizing) Mathews for NEVER doing this, the fact that it actually happened may be a minor miracle. Great, great run...with one small caveat. Ryan's almost surprised to find himself so far up the field, and doesn't properly utilize Vincent Brown's block. There was a crease there for just a split-second that if Mathews had hit with the correct angle, he might still have been running.

All in all, it was a very encouraging preseason for Ryan. He's clearly been coached (or plain old decided) to make quick decisions in the backfield, and then use his ludicrous combination of strength and speed to punish would-be tacklers.

I was even disappointed I didn't get a chance to draft him in fantasy. With a revamped offensive approach and an offensive line, I'm predicting a big year for Ryan - over 1200 yards and an average of around 4.4 yards per carry.

Congrats Ryan, you've made a believer out of me.