Theme of the Preseason: Two Rivers Cards & A "Bambi"

It's that time again, namely, time time to bring the Chargers memorabilia, relegated to closets and the work office back to front-and-center...

Share All sharing options for: Theme of the Preseason: Two Rivers Cards & A "Bambi"

It's that time again, namely, time to clear away the dust that's begun to accumulate since the start of the Padres season, around the television media center. It's also time to bring the Chargers memorabilia, relegated to closets and the work office, back to front-and-center (these to be shared later in the season, thought you've seen one already).

It's also time to revisit football cards and, after a much-too-busy summer full of work and a move, I've been looking forward to re-starting my Football Sunday Collector posts here at Bolts from the Blue.

Unfortunately, the cards this week --- the unfortunate theme of the week --- are a couple of Philip Rivers cards. Now, let me be clear, these are great cards for the collection and I'm happy to have them (naturally, being a hoarder of all things Chargers), but my associations of Ol' Shotgun has been shaken, stirred and depth-charged. 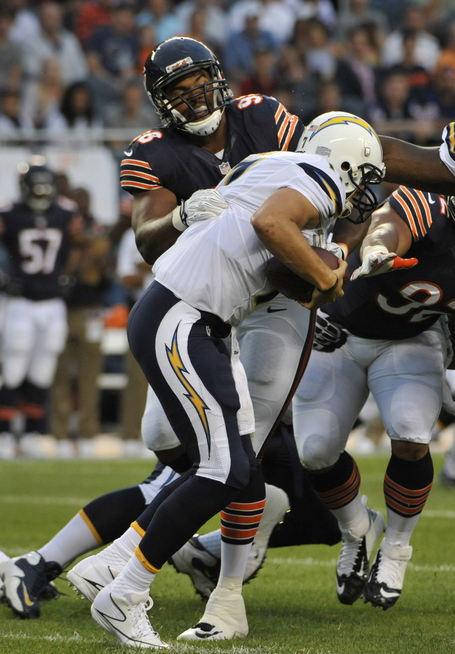 But, again, I promise you, these are two gems of Rivers that are now even easier to acquire, but I'm also throwing in a somewhat related bonus card. You'll see, below.

Chairman of the Board "Chicago"

There are a couple of iterations of this 2004 Rivers RC, but the Sage HIT release I found myself chasing after first is this particular release: 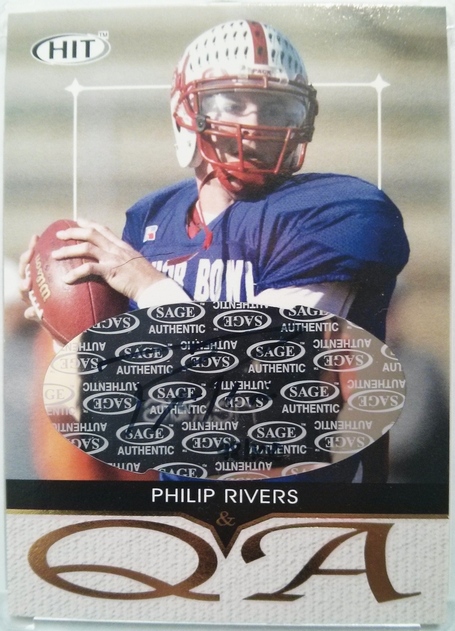 There are others that are /250 and /500, all being on-sticker auto's. Naturally, the price and collector's "value" of this card had been quite high at one point. This was back when Rivers could've been a contender...

"I could have been a contender! I could've been somebody..."

Now, however, these can be had for Chargers collectors at a much more reasonable price, even for an autographed rookie card. 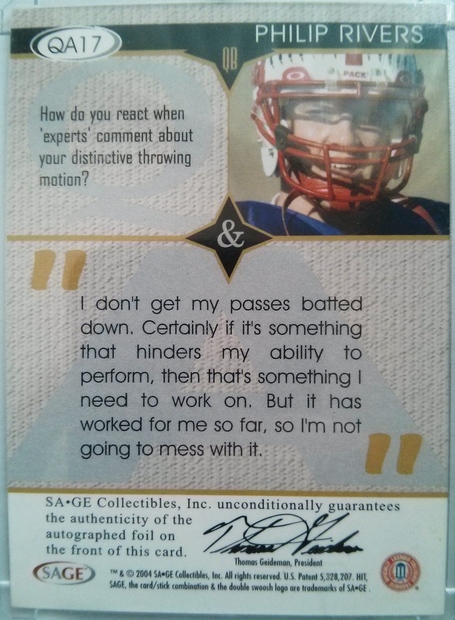 The quote on the back, a single question-and-answer quote included, for your enjoyment:

Question, "How do you react when 'experts' comment about your distinctive throwing motion?"

Answer, "I don't get my passes batted down [ed. note: just intercepted]. Certainly if it's something that hinders my ability to perform [ed. note: hmpf], then that's something I need to work on. But it has worked for me so far [ed. note: attribution of 2004], so I'm not going to mess with it."

And, there you have it.

Alright, this second card, part of the Leaf 2007 Certified Materials series "Fabric of the Game," is a beauty. Take a look: 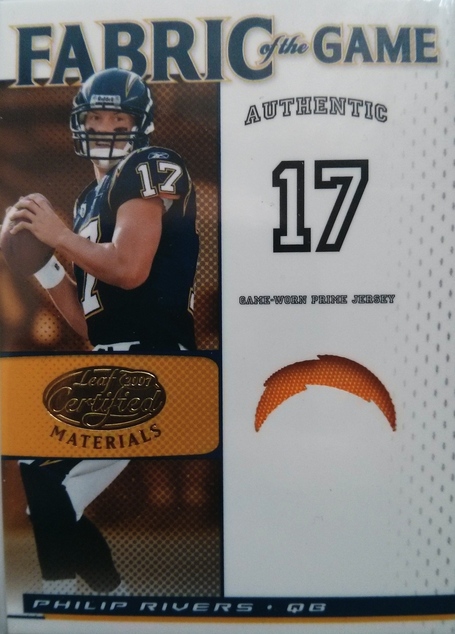 While mine "only" has one solid swatch of color from the "game-used" jersey for this card, it's bright orange and fits well with the overall design and layout of this card in this series (from the edge of a number, his name or bolt on the uniform...?).

The back is essentially a magenta-hued replica of the front, so this series makes a decent candidate for display as nothing much is lost from view on the back: 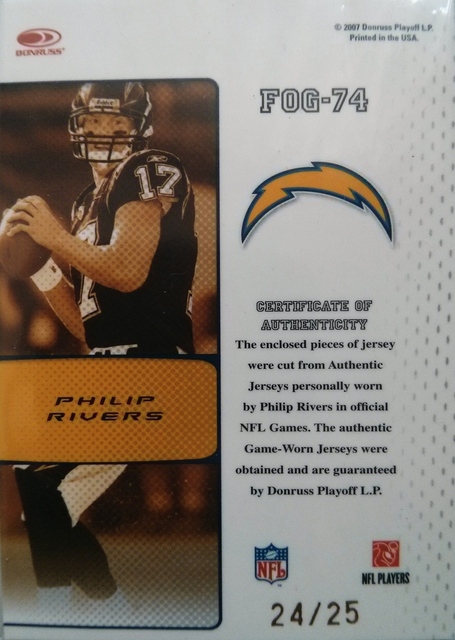 I mentioned a "bonus" card.

I only thought of adding this particular card to this post as, with Vincent Jackson, Denario Alexander, Malcolm Floyd, Eddie Royal, Robert Meachem and Vincent Brown probably making the team, I'm missing our obvious reliable big-threat wide out.

Second game in to this already painfully long pre-season and nostalgia has made a cruel appearance in my warped jello-mold brain. 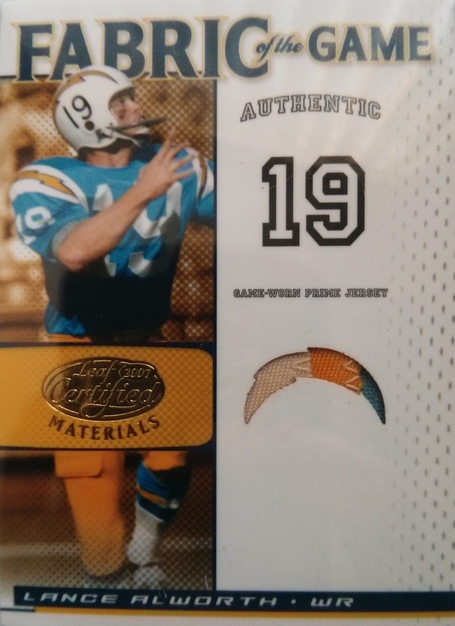 Whereas the gold jersey patch above looked good, this patch, on the other hand, is an awesome vintage piece! White, gold and just a hint of the original powder-blue poking through the right edge of the bolt. 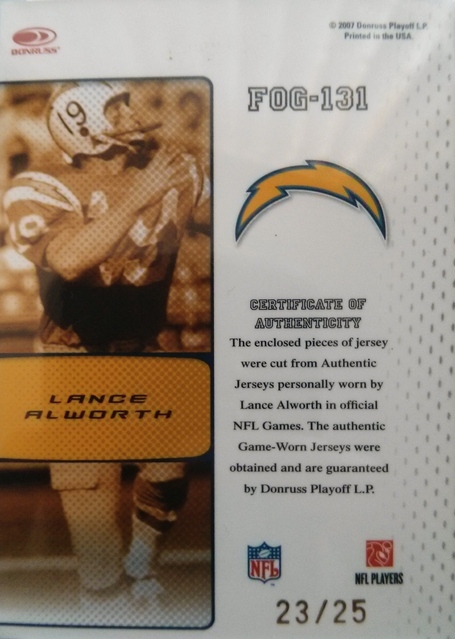 So, who's started their Chargers collection back up? Let me know in the comments section. Otherwise, see y'all back here after the totally meaningless thrill ride in Arizona.

Cheers, and may the cardboard gods smile down upon ye!