A History of the San Diego Chargers: Part 12 – The Turnaround

After the team’s horrible 1975 season, the team’s direction in 1976 was in doubt. Prothro’s rebuilding process continued with key additions from the Bengals.

Share All sharing options for: A History of the San Diego Chargers: Part 12 – The Turnaround

After three bad NFL seasons, 1976 was a make or break year for Dan Fouts. Fouts had shown himself to be smart, tough, and a leader with command presence on the field. He had also shown himself to be prone to interceptions and mechanically unsound. Despite his issues, Prothro believed in him. Of all the QB’s from the mid-70’s that I personally remember, Fouts was the one that passed the “eye test” a few times, while the other QBs never did. The team prioritized improving the offense before the 1976 season.

With the first 6 draft picks in the 1976 draft, the Chargers went offense for 5 of them. Joe Washington, a highly acclaimed RB from Oklahoma was picked first.

The second pick was Don Macek, a Center that played with the team for 14 seasons.

Almost an afterthought and the steal of the draft was LB Woodrow Lowe, selected by the team with the 131st overall pick in the 5th round.

One of the best offseason acquisitions was not a player, but a coach.

The team also made a few trades. The biggest one was trading Coy Bacon — one of Svare’s better acquisitions in the 1972 trade fest — to the Bengals for WR Charlie Joiner. The loss of Bacon meant that another DE was needed, so the team traded with the Rams to acquire 2nd–year pro Leroy Jones. Prothro’s rebuild was nearly complete. The Chargers started the 1976 season with only 5 players on the roster from the 1973 team.

One of the best offseason acquisitions was not a player, but a coach. New Offensive Coordinator Bill Walsh started his NFL coaching career as a receivers coach at Oakland and moved on to be the offensive assistant under Paul Brown when the Bengals entered the league. He was known as an innovative offensive coach that tailored his system and playbook to the abilities of the players on the roster. He was also highly regarded as a teacher of fundamentals and a developer of quarterbacks.

The season got off to a rough start when the team’s 1st round pick, Joe Washington, shredded his knee in training camp and was lost for the season. The team went out and got Mercury Morris from the Dolphins. Morris was at the end of his career and had been unhappy in Miami for the prior two seasons. The Chargers employed a running back by committee again, and Morris was mostly a spare part.

With Walsh running the offense, a favorable schedule, and fewer rookie starters, the team got off to a hot start. The team surpassed its 1975 win total in just the first 3 games of the season. One of the more interesting games was the 3rd one of the season against the St. Louis Cardinals, coached by former SDSU head coach Don Coryell.

Coryell’s homecoming was not a happy one for him: the Chargers won, 43-24. Losing in Mile High to Denver — Denver had finally gotten its act together after 17 seasons of mostly sub-500 futility — and another loss at home to Oakland, the Chargers got well against Houston. A surprise team, the Chargers had a 4-2 record and the playoffs actually seemed possible.

The reality of a young team that still had some growing to do set in when the schedule got tougher. The team lost against the Steelers, Colts, and Broncos again; all of which were good teams at the time. The optimism of 4-2 yielded to the reality of 4-6. The season finished up with the team splitting its last four games: wins against the Bills and 49ers, and two losses to a bad Chiefs team. The team finished 6-8, with two losses against bad teams, six losses against good teams, and 6 wins against bad or average teams.

Fans started having fun at the stadium again

The story of the 1976 season was the improvement of Fouts. Walsh had worked extensively with Fouts’ mechanics and it greatly improved his accuracy. The team used a running back by committee that posted 2,040 rushing yards. Charlie Joiner’s impact was immediate and huge; he was the first receiver since Garrison in 1970 to have a 1,000–yard receiving season for the Chargers. Fouts responded to all of this with a better TD to INT ratio: 14 TDs against 15 INTs. He also threw for over 2,500 yards with a completion percentage of 58%. To this day, Fouts credits Walsh for putting the refinements on his talent that enabled his later success.

Fans started having fun at the stadium again in this season. You may not see the team win if you bought a ticket, but you saw good football and a young, entertaining team. Louie Kelcher in particular was a fan favorite. When Kelcher made a tackle (and that was often) the stadium announcer’s call was always “Tackle made by number 74, Loouuuu-eeeee Kelcher” and the fans would scream “Looouuuuuuueeeeeeeee”. TV announcers always pointed out that the fans were not booing, but yelling Kelcher’s first name.

Prothro’s skill as a teacher of the game and sound fundamentals began to pay dividends in 1976 also. The Chargers teams of the late 1970’s were among the league leaders in fewest penalties and turnovers. The team still had some learning to do in the “knowing how to win” category, but I can remember that the teams from 1976—1982 rarely beat themselves with mistakes and it was a surprise and disappointment when they did. The teams from 1970—1975, well, you knew every week that they would do something to beat themselves and the expected bonehead turnover or penalty was no surprise.

The growth of Fouts as a QB and the team’s improvement in 1976 made the events of 1977 even more inexplicable.

To understand what happened, remember that the labor agreement in the NFL was very different from today. There was no free-agency. A team “owned the rights” to a player from when he was drafted until he was traded or released outright.

This is why the trade market was much more active in those days. A team knew that it could compel a player acquired in a trade to play, sign a new contract, and otherwise keep that player. It also meant that the only bargaining power a player had was threatening to not play or actually not reporting to the team – “holding out”.

Fouts went through a fairly contentious contract negotiation in 1976 and he was not too happy with the deal he signed. Then the front office, which had stayed relatively quiet through the team’s rebuilding, made its presence known again by urinating into the punch bowl. GM Al Sanders (replacing Svare as GM after Dr. Mandell published “The Nightmare Season” in April of 1976) traded with the LA Rams for QB James Harris in June. Harris was getting paid more than Fouts and it was substantially more.

Fouts’ reaction was not diplomatic. He demanded a trade. The team refused. Fouts threatened to hold out. The team prepared to start the 1977 season with a new QB. Dan Fouts, at the age of 26, announced his retirement from the NFL in July, vowing to never play for the Chargers again.

Fouts said he would have no chance of reaching a Super Bowl if he remained with the Chargers.

The fiasco proceeded to get really ugly. Fouts filed a request with the NFL’s grievance committee to have his contract voided. He stated that the contract contained “structural inequalities” that should void the contract and permit him to be a free agent. In front of the committee, Fouts testified that one of the reasons he wanted the freedom to play with another team was because the Chargers were not and never would be a championship team. Fouts said he would have no chance of reaching a Super Bowl if he remained with the Chargers.

Any of you that remember the Eli Manning 2004 draft situation can probably guess what the reaction of the San Diego press and public was to these statements. Any fan support Fouts still had evaporated at that point. With a sentiment of “good riddance”, most figured that Fouts was through with the Chargers and maybe even the NFL.

Going into the 1977 season, the Chargers marketing slogan was “Watch Lightning Strike”. 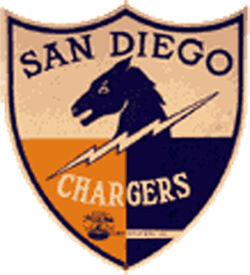 was beginning its transition to this: 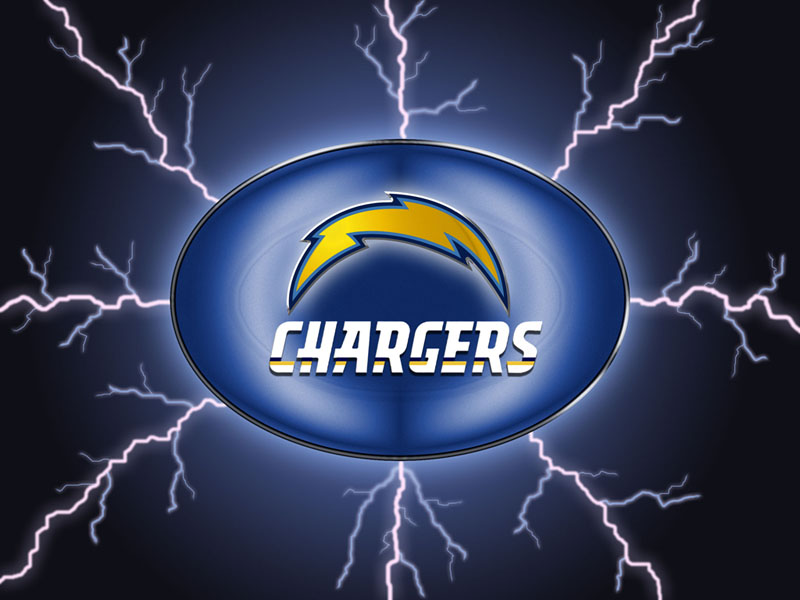 The marketing team seemed to have overlooked one problem: the thundercloud that could produce the electricity was not on the playing field, but on a farm in Oregon.

The season began in the worst possible way: a 24-0 loss in Oakland. Oakland was coming off of their first Super Bowl win and certainly seemed up to the task of defending their title. The defenses played superbly for both teams and the game was the typical vicious, hard –hitting game involving the Chargers and its rivals. The difference in the game was Chargers turnovers: 2 lost fumbles and a Harris INT set up the scoring for Oakland.

After the Week 1 loss, the defense took over. In the next 3 games — all wins — the Chargers defense allowed only 10 points, in total. The team then lost the next two games — including a game at home against the Chiefs, who had become terrible since 1973 — with the Chargers’ blowing a 9–point lead in the 4th quarter. The Chiefs scored their winning touchdown on a 15 yard fumble return.

Behind a defense that was playing at the highest levels (#1 in the league vs. the pass), but burdened by a pretty bad offense featuring awful quarterbacking by Harris, the Chargers were 4-4 after the first 8 games of the season. In his 9 starts of the 1977 season, Harris’ stat line was a miserable, 5 TD’s, 11 INT’s, 1,240 yards passing and a completion rate just a tick over 51%.

In week 9 the fans watched disaster, not lightning, strike. Playing Denver at home, Harris was injured with a severe high ankle sprain early in the 4th quarter. A career back-up, Bill Munson, playing with the 4th team near the end of his 16–year, 5–team career, took over. He threw one pass, which was intercepted. To add literal injury to insult, during the return of his intercepted pass, Munson’s broke his leg. With the Chargers #1 and #2 QB’s out and out for a long time, the game was finished by 3rd–string rookie Cliff Olander. The 17-14 loss put the Chargers at 4-5 on the season and low on healthy QB’s. The one healthy QB on the roster was a rookie out of New Mexico State drafted in the 5th round.

In the week following the QB injury disaster, lightning finally did strike, on and off the field.