The only thing worse than a tornado, is a tornado with growling sharks.

Let's get right down to it, because there is just so much to cover.

The Chargers Girl of the week remains on hiatus while important entertainment types stitch together a new website for the Boltettes. But, the new swimsuit calendar is coming soon so we are keeping our eyes on that for you. Also, enjoy some audition time.

Sharknado, y'all. "I just needed the money, but now I look like a genius" is probably what Tara Reid is thinking right now, as enthusiasm abounds over the glorious stupidity of Sharknado. The real hero of this epic tale is Ian Ziering, who manages to keep a straight face as he performs a clandestine cesarean section on a Great White that would make Pinocchio and the biblical Jonah jealous. It's his greatest accomplishment since opening the After Dark club. 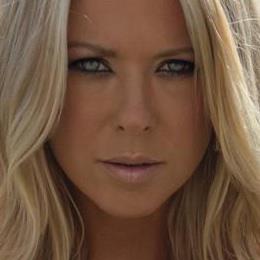 It is worth a screening, I promise.

Being Colin Kaepernick. It's tough being Kenny Vaccaro, but what can you do?

Run Rexy, Run. This video of Rex Ryan escaping a charging bull in the running of the bulls turned out to be less funny and dramatic than I had hoped. At least he didn't cry afterward.

I started laughing at this, then I had this really awkward hallucination where it turned blue and white with a gold bolt on it. Then I closed the browser and cried.

Arrested for DUI. Lincoln PD really does not like Alfonzo Dennard after he assaulted one of their officers before last year's draft. But are you really this mad, bros?

Details from someone who heard Alfonzo Dennard's side of his arrest: He attempted to blow for breathalyzer twice. Told he was below limit...

There is no joy in Nashville. Jake Locker pushing ticket sales into new territory.

Unearthly is a big beer, if you are a fan of the heavily hopped but balanced offerings of Stone and Green Flash then I recommend It's unearthly.

At 9.5% ABV this beer is not to be trifled with. I drank one after exercising and it literally put me to sleep. It disguises it's alcohol content well, a bit sweet and resinous. Hops are probably not cascade or any of the more citrusy strains as there is not a heavy or pungent hop aroma that I have associated with traditional american hop-beverages - a bit of a grassy scent to it.

I drank my second Unearthly paired with a medium rare rib-eye steak and that was a damn-near perfect evening... I got shot in the ass with a nail gun after dinner, but it didn't hurt much, thanks to the two Unearthlies I consumed beforehand.*

A nice SSE swell is pushing in on north county this weekend. 4-7 feet tonight, 4-6 Sat-Sun. Could see double overhead. San Onofre and Trails should be decent, but Trails is going to be your best bet. So grab a board, a couple of bros and carpool up the 5 and put Oceanside in your rearview mirror. If you're in Mission Potato, you've gone too far bro.

**Bros, if you are going to get shot in the ass by a nail gun I recommend finishing nails. Framing nails are so not the jam.