Yesterday, Chargers players, cheerleaders, coaches and staff took to the streets of San Diego to visit with fans and give back to the community.

As a way to thank fans and get them pumped up for the 2013 season, the entire Chargers roster of players spread out around San Diego to visit with members of the community. The Charger Girls joined the players around town, as did Head Coach Mike McCoy and General Manager Tom Telesco. Everyone boarded 7 busses — grouped by positions — and headed to different areas of the county. Where they were headed was kept a secret until they actually arrived.

The fact that the team was able to get all the players to agree to this event is a feat in itself, not to mention the logistics involved in coordinating everything.

Following along on Twitter, you could tell the event was a resounding success. People from all over town were Tweeting pictures with the players, cheerleaders and staff. Several lucky fans were even given tickets to games this season.

It was the goal of the team to spread goodwill and get people excited about the Chargers. With just those two goals in mind, I'd say the #ThankYouSD event was a huge success. 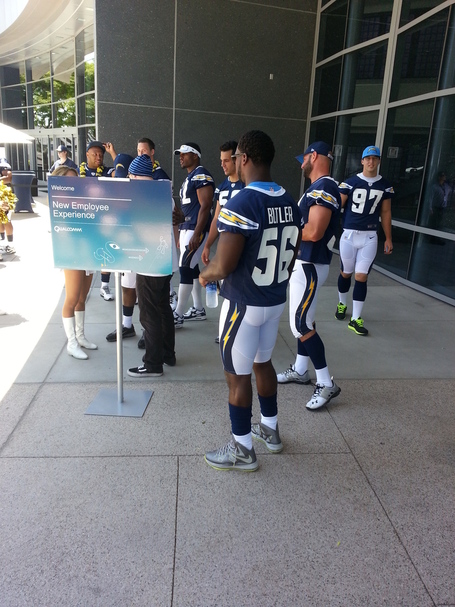 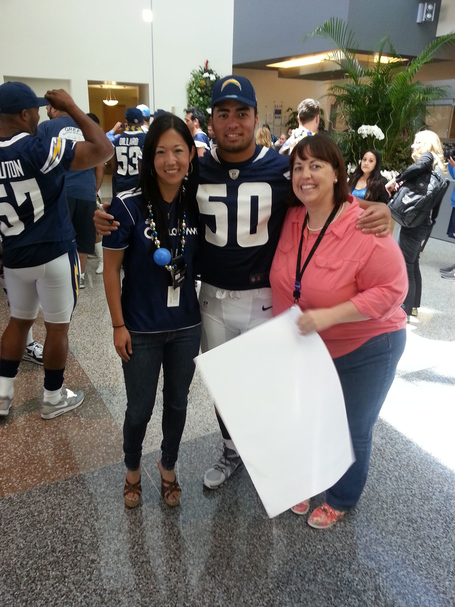 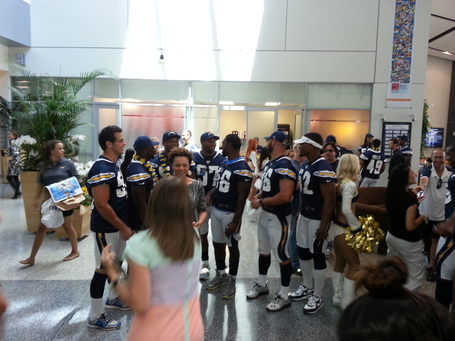