BFTB visits "The Sports Page with Acee and Annie"

John Gennaro visits UT-TV on "The Sports Page with Acee and Annie" to debate Chargers versus Padres with Brady Phelps and Rick Romero.

Share All sharing options for: BFTB visits "The Sports Page with Acee and Annie"

Call me Jonah, for I have entered the belly of the beast and lived to tell the tale.

I arrived at UT-TV along with Rick from RJ's Fro and Brady from LobShots and was led into a small hallway. This hallway, we'd find out eventually, led to the UT-TV studios. There to greet us was Annie, Jay Posner (who could've been the white Barry White with his voice and height) and Kevin Acee. At least, I think Acee was there. Either that or it was just lucky that we were standing in a hallway that he often uses. Seriously, the man never stops moving.

Meanwhile, I wandered off to take a picture of the elevator doors.

We were told we were waiting for someone else to finish in the studio, but that we'd be in there at any moment. When that turned into 15 minutes, they moved us to someone's office and we sat in chairs talking about Chargers vs. Padres. I tried to keep my stellar talking points to myself so that nobody could steal them before we had the same debate on air.

Eventually, we got moved into the studio but were told to stand off to the side and be quiet. I decided to take some pictures. Quietly. 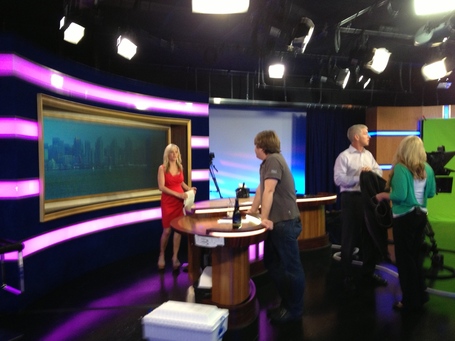 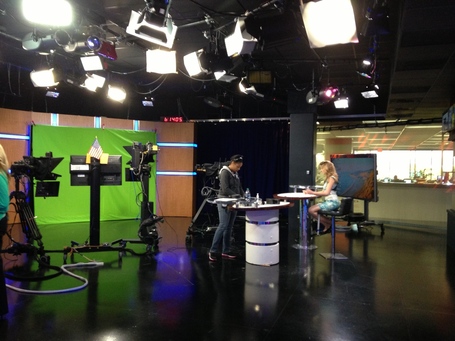 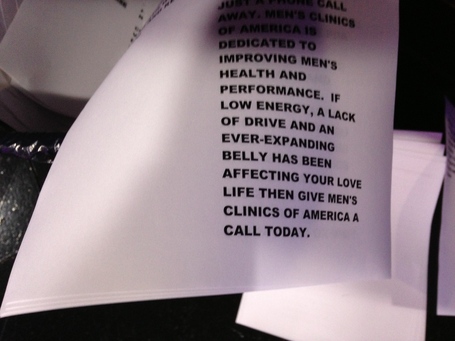 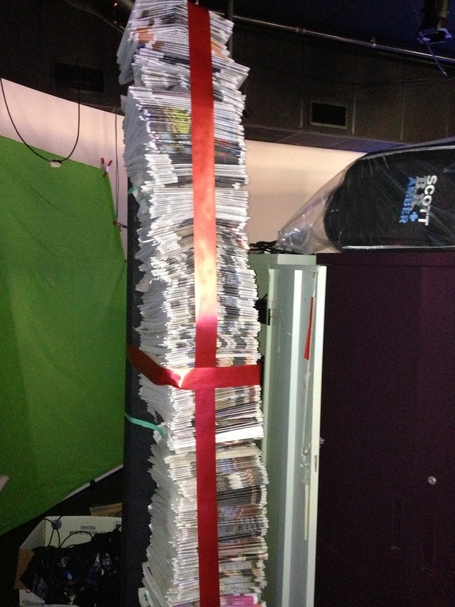 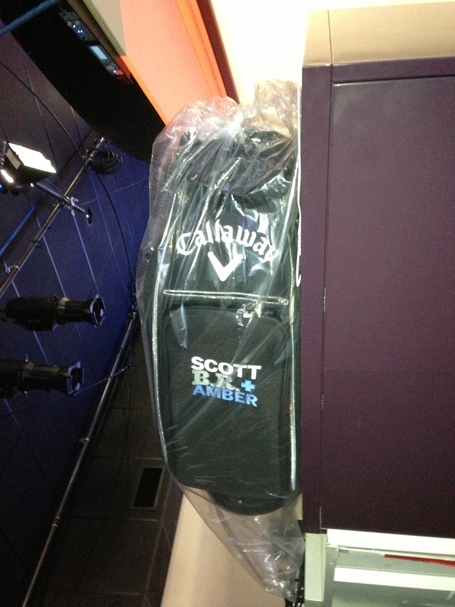 As you can tell, I get bored easy. I also think I was getting on Rick and Brady's nerves. That's when Rick turned his camera on me.

.@jmglion is putting on his game face for the #Padres vs #Chargers battle. His game face consists of a big smile. twitpic.com/cs25i5

Fine. I won't take any more pictures. It's time to go live anyway!

We were on for 7 minutes last night. The last 7 minutes of an hour-long show, because we're the stars. You can watch the whole thing here.

Thanks again to Kevin and Annie for having us, and the UT-TV staff that seemed pretty cool. Also, I'd like to thank Brady and Rick for being the two coolest bloggers that ever did blog.