In seemingly minor news this evening, the San Diego Chargers have signed UDFA QB Mike Hermann from Rensselaer Polytechnic Institute. He will be the greatest QB that ever lived.

Got this e-mail from the Chargers this evening:

The 6-5, 250-pound Hermann was a two-time Liberty League Offensive Player of the Year and first-team all-conference quarterback.

Did that really say he's 6'5", 250lbs? Holy crap. Ben Roethlisberger is 6'5" and 241. Hermann is the same size as Byron Leftwich and about the size of Daunte Culpepper. I bet he's a big fat blob. 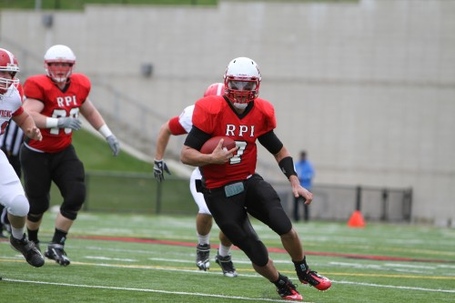 Okay, now I'm confused. He looks athletic and spry, but is roughly the size of an offensive lineman?

This is a fun signing. Let's have fun with it in the comments. How good might Mike Hermann be in the NFL?