Cards from the "junk wax" era, that period in the 1980's and 1990's when the card industry was cranking out way too much, affords the collector a lot of fun. There are cards from great players to be picked up for next-to-nothing. Here are two such cards...

I've got two cards for you today, Chargers fans. They're both quite nice cards, and their both "junk wax."

The first card is a simple "base" card from Upper Deck. The card: 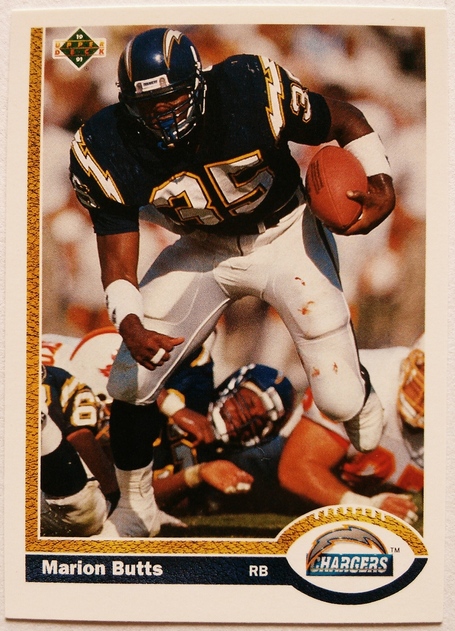 Bloodied, but un-phased, look at the carnage Butts is leaving in his wake: 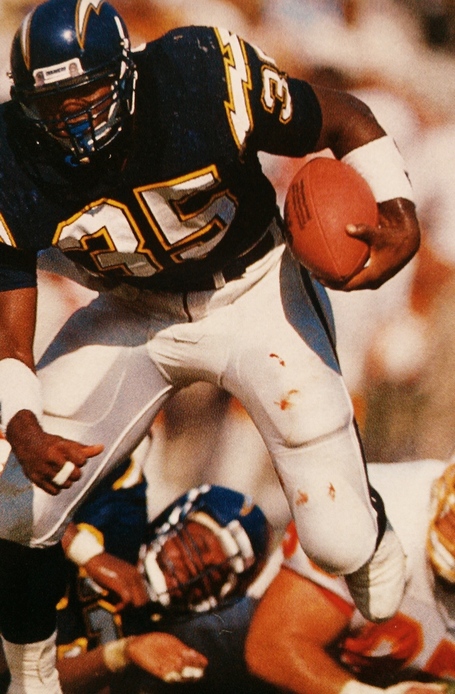 I can't tell if #35 is punching through the hole or leaving a crater in his path.

The back of this card is nearly as great as that on the front: 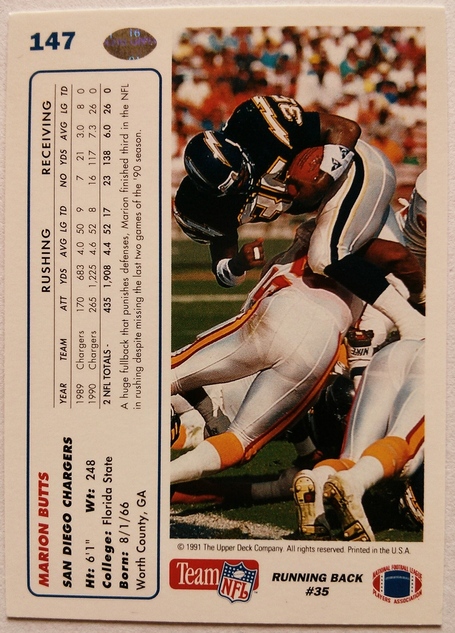 Because you run over them when not through them: 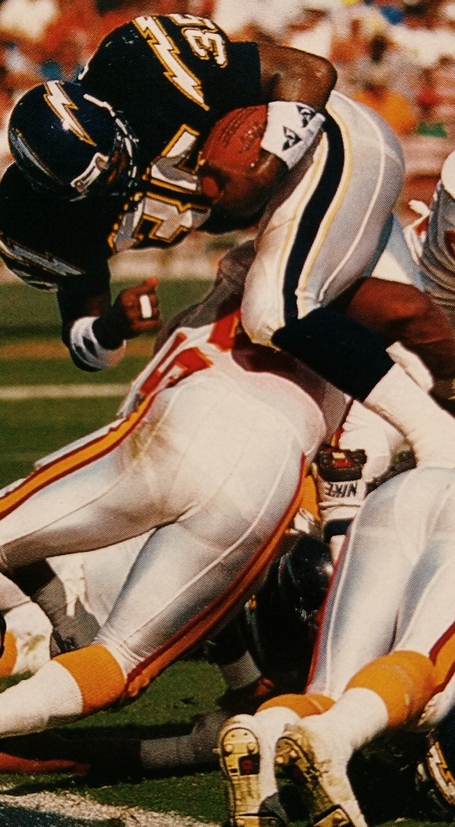 Drafted by the Chargers out of Florida State with the 183rd pick in Round 7 of the 1989 by the Chargers, Marion Butts would go on to lead the team in rushing for the next five years.

Butts' biggest game was against the Chiefs on December 17, 1989 when he rushed for a total of 176 yards. He'd later go on to steamroll them again in the Playoffs for 115 yards when they shut out the Chiefs, when "delirious fans brave the rain," 17-0.

"On a rain-soaked Jack Murphy field," however, sounds like pure poetry to me. Call it "Qualcomm Stadium" all you like, philistines. It's forever The Murph.

This playoff game was scoreless through most of the third quarter when Butts finally broke through for a 54 yard touchdown. That was the play that put the winning momentum in the Chargers hands and sent K.C. to the one-and-done corner. Along with then-coach, Marty Schottenheimer.

A playoff game at home against the Chiefs? Blood and fire and, since spring is here, I'm giving you a dose of reggae to add a bit of roots drum 'n bass to your step:

Niney The Observer "Blood And Fire"

The second card, also from Upper Deck's 1991 release, is a notoriously hard-to-scan mirror-like Game Breaker Hologram card, and it's a beauty (despite my representation of it): 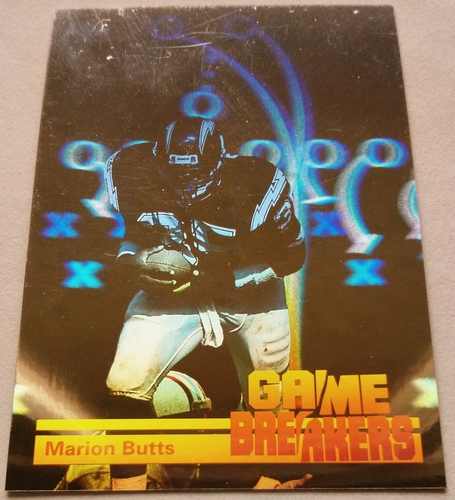 Though the imperfections are quite highlighted with the angle of the light, I took this image at an angle to show the depth and hologram-effect of this card.

In-hand with the right light, this card is definitely 3D. 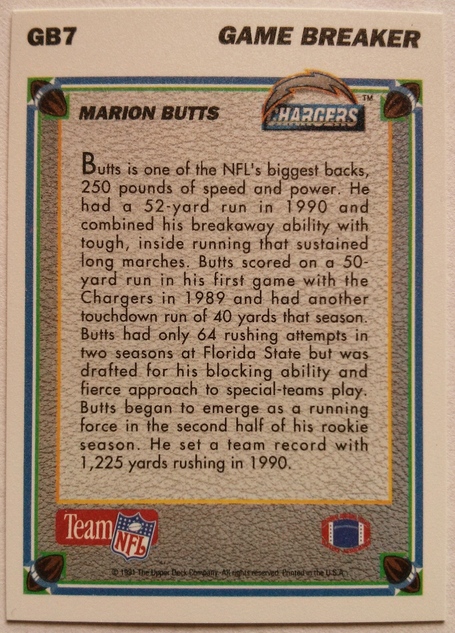 It's cards like these, both easily picked up totaling under $1, that make collecting cards from the overproduced years still worth the pocket change.