In the market for a new San Diego Chargers jersey? Koerner's Korner helps guide you through your options to stand out in a stadium of 50,000 people.

Share All sharing options for: A Shopping Guide to Choosing the Right San Diego Chargers Jersey

Welcome to the very first Koerner's Korner. Koerner's Korner is a series of articles that focuses on the different aspects of being a Chargers fan in a humorous way. In this edition I'll be looking at the multitude of options when it comes to purchasing your next Chargers jersey.

First, I want to say thank you to former Chargers great Billy Ray Smith for giving this article series its namesake. Watch here at the 1:35 mark.

Did you notice the jersey that D.J. Fluker held up at the draft looked a little bit different than the jersey that's hanging in your closest? If these pictures are any indication, then that means a lot of us will be ponying up some cash this year for new jerseys again. Buying an NFL jersey is kind of like being an at home general manager. If you have the money to spend you can choose as many players as you want with reckless abandon but if you're like me you really want to take the time and make the right purchase that's going to benefit your Chargers wardrobe for years to come. Hopefully, I can give you some advice and tips on making your next jersey, a worthwhile investment. 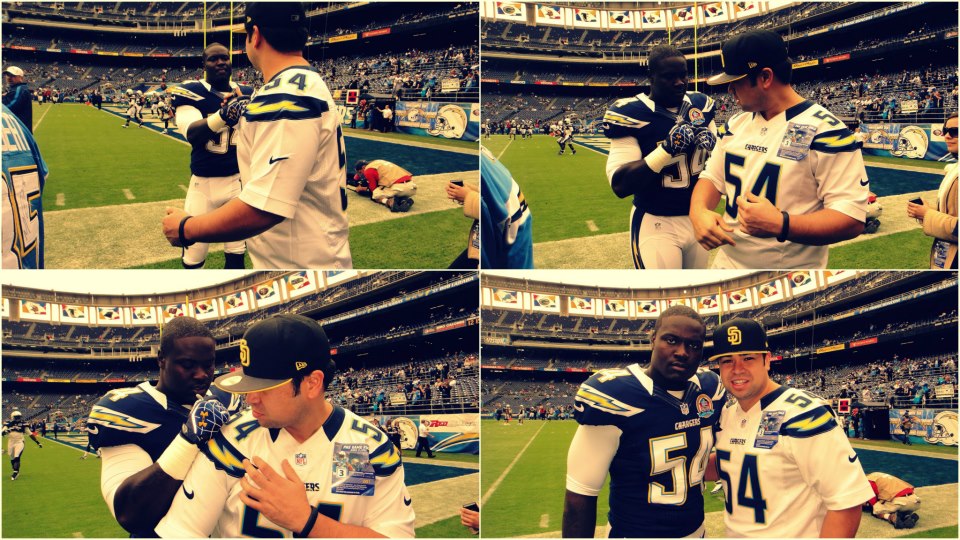 If you're in the market for a new bolts jersey this upcoming season and you're unsure of what to get, let Koerner's Korner be your guide to becoming the next football fashionisto.