Here's everything you need to know about the San Diego Chargers rookie mini camp, which starts today and runs through the weekend.

Share All sharing options for: San Diego Chargers Rookie Minicamp: Schedule, roster, what to watch for

The San Diego Chargers start their mini camp today it will continue tomorrow and Sunday.

All three days will be closed to the public and the media is only allowed in today, and only allowed to shoot photography and video for about 15 minutes during the "individual period" of practice. Mike McCoy and a few players will be speaking after practice today.

So, this is just practice?

It's a practice. Here's what the CBA says of the "Rookie football development program":

Each Club may hold a Rookie football development program for a period of seven weeks, com­mencing on or about May 16. During this period, no mandatory or voluntary activities can be held on weekends, with the exception of the Club's one post-Draft Rookie Mini­camp, which at the Club's election may be conducted on either the first or second weekend following the College Draft. Players may only participate in Club activities for a maximum of ten hours per day. 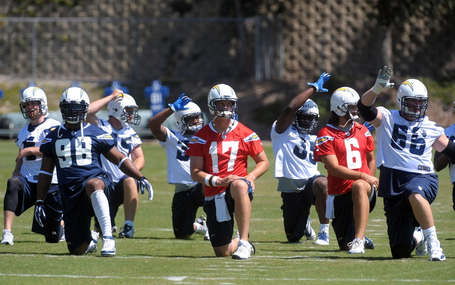 Who is going to be there?

26 guys that we know of, and probably a lot more "invites" that we don't know about.

The veterans. At least, not yet.

Philip Rivers and Charlie Whitehurst will continue their runs together on a secluded beach, content to save their runs on football fields for when the rookies are done learning. 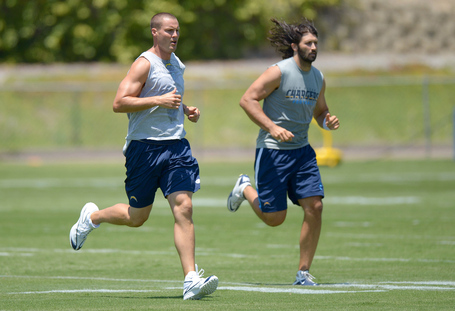 What to Watch For

Will they be testing him in drills, or just walking him through the playbook? Basically, is this a player that is recovering from an injury or one that is still injured?

The two rookie QBs in camp are polar opposites, and both might have a chance to unseat Charlie Whitehurst as the team's backup QB in 2013. The competition between these two starts now.

Will Steve Williams see any time on the outside?

Due to his size, most of us are assuming that Steve Williams will be given a shot as the team's Nickel CB...but what if he's given a shot to win the starting spot opposite Derek Cox? 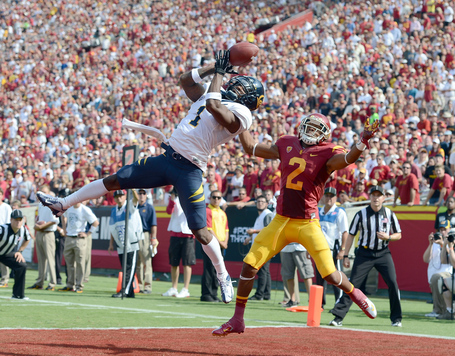 When will the veterans be showing up?

"OTAs", or Organized Team Activities, start on Monday morning. They're not mandatory, but with a new coaching staff I would expect to see a lot of veterans coming in to get some hands-on teaching of the new offensive system being installed.

Here's your full schedule of team activities between now and training camp: