The Dolt is back, with boobies and dragons.

Here is your very special "Game of Thrones" edition of the Digital Dolt. 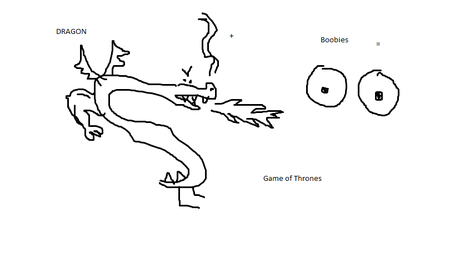 Fair Maiden of the Week: Andrea.

I just can't seem to stop getting exiled.

Dinner at the Tourney will cost you half a Gold Dragon. Now, I am a highborn lad, accustomed to the finer things in life but even I have my limits. The wine is Dornish, but watered down. The ale tastes like something brewed from Crow's piss and desperation at the Wall, all ammonia and salt and almost no kick. The food is cooked. The games are bland, no one has ever died in the four tourneys I have attended there. It's not a Dothraki wedding.

Midas touch is a brew that was reverse engineered from casks found in the tombs of King Midas. Educated Maesters used sophisticated alchemy to determine the ingredients and concentrations of an ale-mead beverage found in the casks, which is remarkable, as King Midas ruled during the Age of Heroes (2700 years ago) when the old gods were the new gods and the 7 were not yet invented by men. The brew is sweet yet not overpoweringly so. It has a crisp finish, light body and a pleasant aroma. It is also very potent, the ABV is approximately 9%, somewhere in the range of Ser Dontos Hollard's BAC.