Nail in the Coffin: Week 6 vs. Denver Broncos

If you're squeamish, look away.

Share All sharing options for: Nail in the Coffin: Week 6 vs. Denver Broncos

Hi all and welcome back to Nail in the Coffin. Due to some legal issues, I won't be going through full drives anymore. I will however, still be able to bring you awesome footage of the Chargers blowing games. This time, we're going to look at 3 key plays in the monumental collapse against the Broncos on Monday Night Football. Here's the Win Probability graph this game produced: This play was the result of bad play design and poor footwork. On the play design side, you'll notice that Rivers ends up getting hit about 9 yards behind the line of scrimmage. Since this was 3rd and 8, he would have to throw roughly a 17 yard pass just to get to the marker. Additionally, since the Broncos know a pass is coming, their ends are able to sprint upfield without precaution to try and get around the tackles. The long drop-back makes Rivers an easy target. Even without the fumble, the sack would have taken the Chargers out of field goal range.

However, Rivers might be able to make something happen here if he steps up in the pocket. With the ends rushing upfield and a solid blitz pickup from the running back, there is a good amount of space in the center of the pocket. But instead of stepping up, Rivers leans back and steps out to his left. This motion leaves him open to the Bronco that just cruised by Clary, who may have been expecting Rivers to step up.

Sorry guys, this one's really tough to watch. Sigh. Let me dim the lights and set the scene: after the Broncos score 14 unanswered points, the Chargers are reeling but have the Broncos facing 3rd and 16 on the first play of the 4th quarter. Ignore the textbook hold that occurs right in front of the referee, and focus on the textbook footwork by Manning. Though Manning's initial drop takes him as deep as Phil's in the previous play, look at the speed of Manning's feet as he steps up in the pocket. Pretty.

Anyways, since EVERYONE KNOWS the best defense is a prevent defense, the Chargers send only 3 guys at Manning, looking to blanket the field with Charger coverage. With the Chargers trying to hang on for dear life, Rivers had a chance to provide some life support but is undone by meager fundamentals yet again. Rivers reads the pressure correctly and steps up into the pocket. The problem is, he gets giddy seeing how open Ricardo Meachem is downfield. Rivers doesn't set his feet, opens his left shoulder again, and underthrows the ball. If Rivers keeps his shoulder closed and drives his back leg through this throw, it's an easy touchdown. 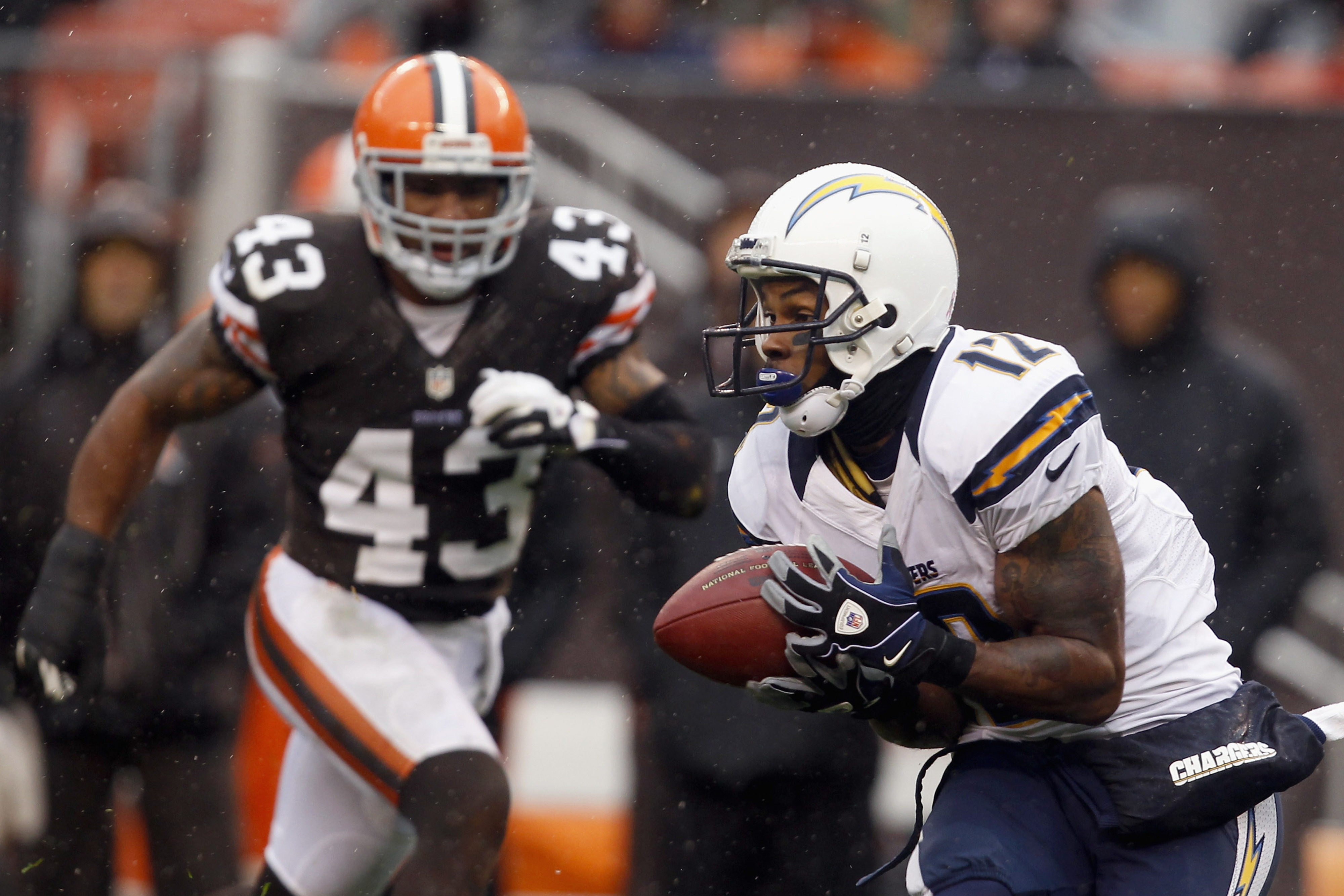 Oof, that was a punch in the gut. Thanks for reading!