If you're a card collector, watching the draft goes hand-in-hand with checking Ebay prices on the new stock added to the roster. Now's the time to pick up the base cards of Fluker, Te'o and Allen, such as these from Leaf and Upper Deck...

For this week's The Football Sunday Collector, let's take a look at the 2013 RC base cards for our first three draft picks... 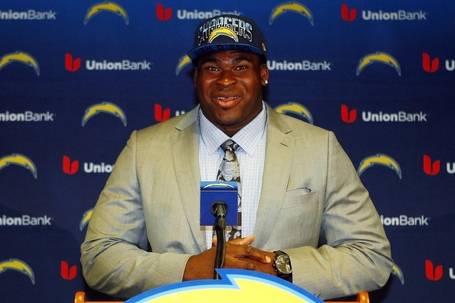 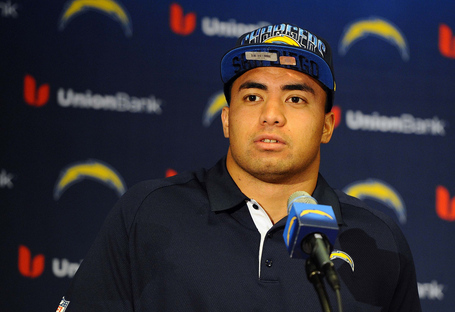 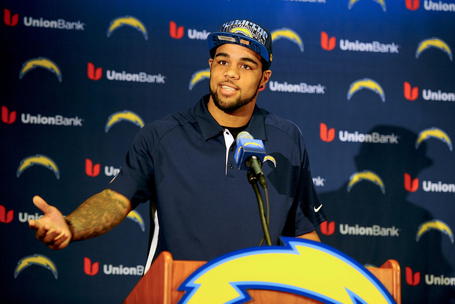 Three off the board and now they're in our house, just like that (I'm writing this Saturday morning, thus no matter how passionately I'm attempting to use The Force on Mr. G.M. Telesco...we'll just have to see).

These are for whom the bell tolls. Heh.

Metallica - "For Whom The Bell Tolls"

If you're a card collector, watching the draft goes hand-in-hand with checking Ebay prices on the new stock added to the roster. When we added Tomlinson back in '01, his cards went from reasonable to, how does one say...quite unreasonable prices immediately.

At this point Fluker cards can still be obtained without much commitment, often times the case with anyone playing the line. I'm a fan of Fluker's (I'm glad we've got him, though I'm still surprised we seemed to reach for him in the 1st). If you haven't seen his two Chargers media clips yet, I recommend it as it's clear he's excited to be with San Diego a bit overwhelmed with all the attention.

At present, the same appears to be the case with Allen's cards (to be expected for a 3rd Round pick), that is to say, they can be picked up for quite cheap, though I imagine we'll see a bump in his cards over the next few days and weeks.

Te'o, and the "storyline" married to his name, however, have his cards well above what their seeming longer term value might remain --- and that was the case even before his draft selection --- though it's entirely dependent upon how he performs in his upcoming rookie-debut season. Like he's got something to prove, right?

But, cards there are and if you're going to pick any of their alma mater image RC's up, now's the time.

Sure, there are auto cards aplenty, some numbered out of /299, /100, even those out of /50, /25 and /10. There are even more readily available un-numbered cards, refractors, and variants, etc. If you're so dedicated to the as-of-yet unproven-in-the-NFL player of your choice, go for it! However, their base-cards can still be had for pennies...just like the Chargers like it.

Fluker and Te'o have the best base-card images from this years Leaf set: 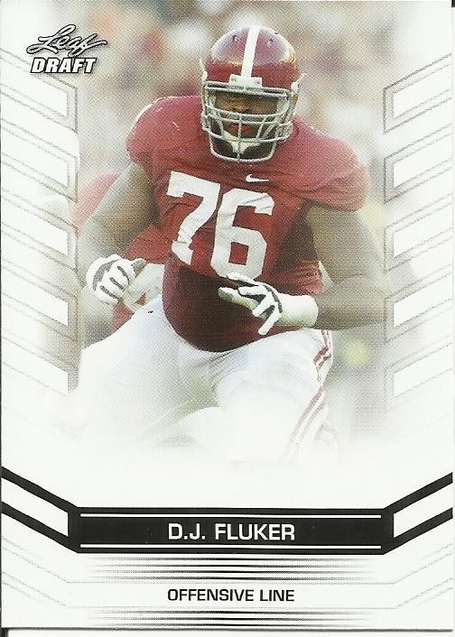 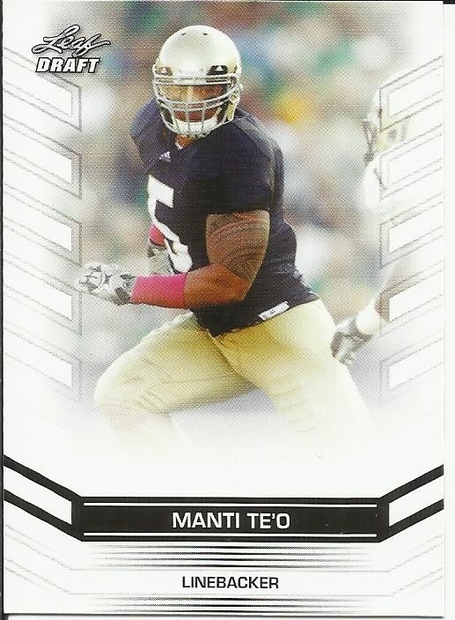 Allen's is a lazy stock-photo not really worth the $1.29 at this point (sorry, Allen): 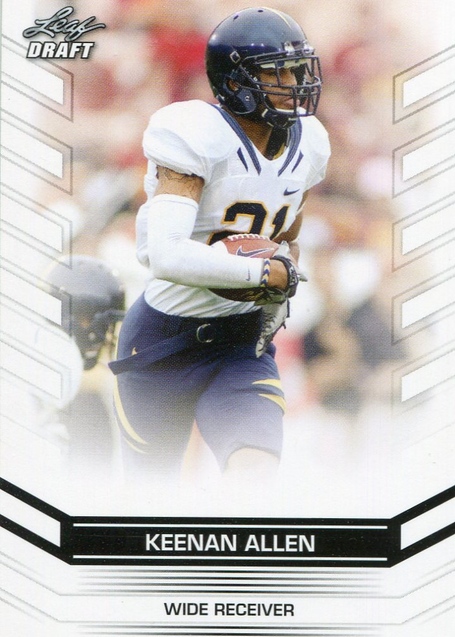 A PAC-12 wide receiver just running with the ball on his draft class card? Right. Let's wait for something a wee bit more acrobatic, as Allen is most definitely capable of.

There's a fairly hard-to-come-by Upper Deck SP (short print) of Allen's that's got a fairly strong image, definitely closer to the card we'd like to have seen Leaf print. Go get this if you can find one: 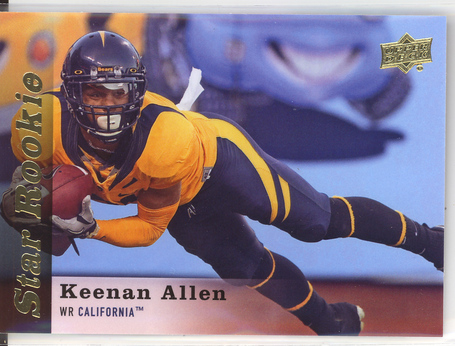 As above, Fluker and Te'o also have cards in Upper Deck's "Star Rookie" series very much worth the spot in your Chargers collection: 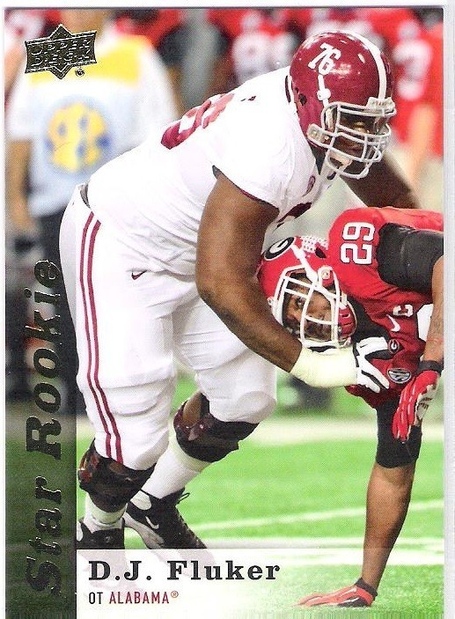 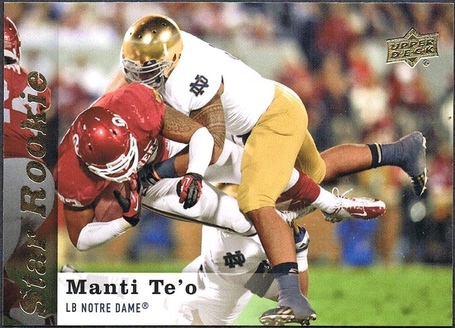 There's a photo variation SP of Manti's Upper Deck card, but good luck nabbing it. Last I've seen it's hovering around $100, and that's when it's available.