Share All sharing options for: Bolts and Nuts: Robert Meachem

Last season was a disappointment for Chargers fans. Playing in a division where we get to play the Raiders and Chiefs twice each, the playoffs should have been within reach. Poor coaching and underwhelming play derailed that train fairly quickly, as Bolts fans watched their team blow second half lead after second half lead.

In trying to find out what really happened last season, our crack team of hackers has managed to pull the text message logs of several players and coaches.

In an unrelated note, I like to call my imagination "our crack team of hackers."

This week, we are looking at some interesting texts from last season's free agent acquisition, wide receiver Robert Meachem.

Introductions, of a sort 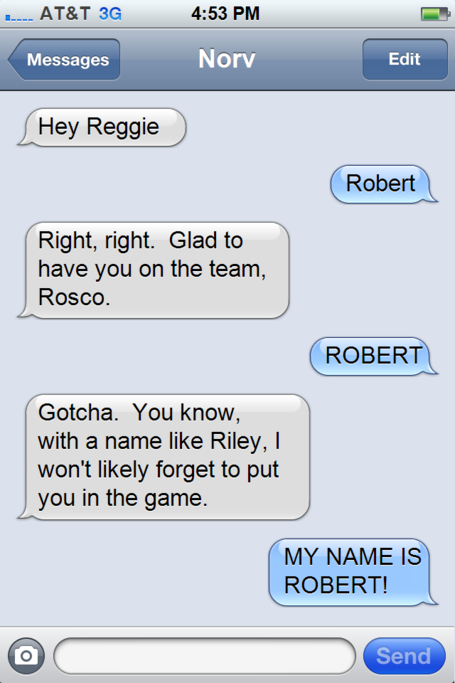 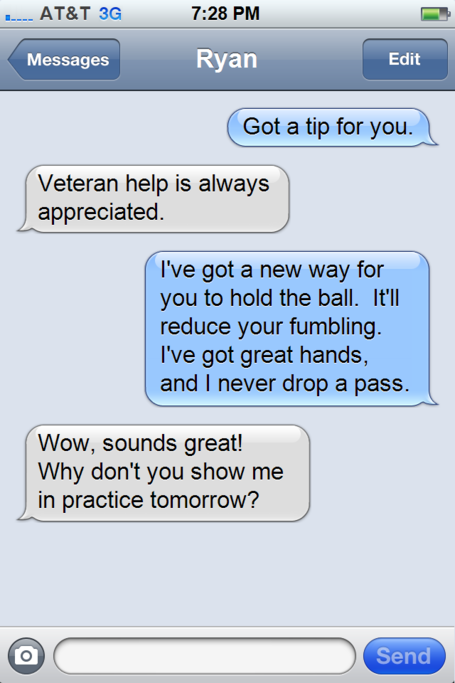 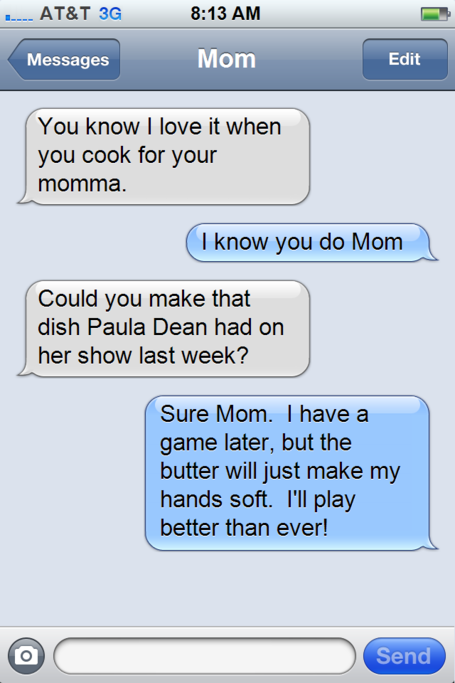 We will continue to delve and publish made up highly accurate records from last year's team.