Share All sharing options for: Miscommunication: Reviewing the Unforced Interception in D.C.

Philip Rivers threw two interceptions last week in Washington. On one of them, the Redskins DB simply broke through Keenan Allen on the short dig and made the play.

The first interception, however, was rather puzzling at the time.

The interception occurred in the second quarter of the contest, after the San Diego Chargers began the drive with 3 consecutive positive plays. Though not very costly at the time, the Redskins did convert the pick into points. 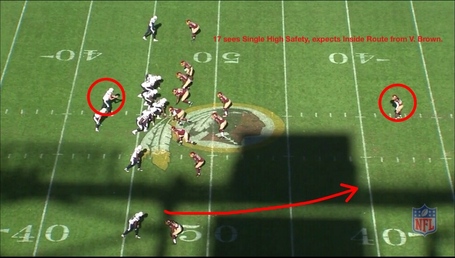 Washington disguised their coverage until the last possible second. By the time Philip Rivers was calling for the snap, Washington had a "single high" safety whom was stationed on the hash marks opposite of Vincent Brown. The defense had 7 men in the box and the Cover 3 shell (at least it appears so, given the Corners were allowing the inside release) behind it.

If Philip Rivers attempted to check into an inside route or Brown was supposed to read that, either of which would've worked. There's no way the safety can covers so much ground so quickly. 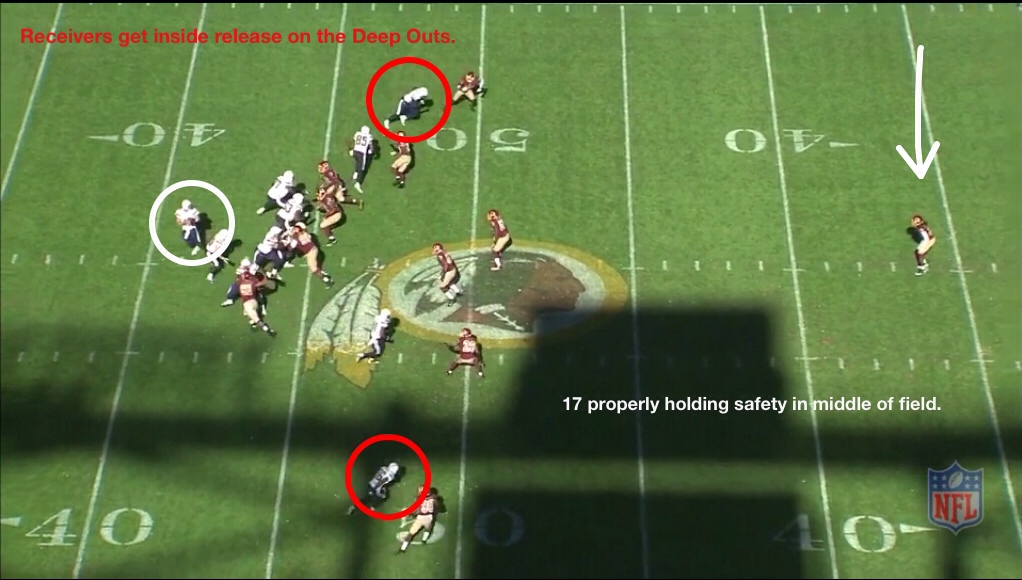 Washington took Antoinio Gates away with the flat zone and Eddie Royal's route put him in the vicinity of the middle 3 defenders. They weren't options for Rivers on this play.

Philip Rivers is thinking "Skinny" post the whole time, and justifiably so. I'm just not sure if he relayed it to his receiver/s. If you have Game Rewind, it looks as if he checks only with Danny Woodhead.

The problem is, Vincent Brown ran a Deep Out. Given the corners (in that shell) were inviting the inside release, the deep outs would have been smothered and the safety would not have as much pressure applied to him as an Inside Route would do in that situation. The Chargers quarterback properly kept his eyes in the middle of the field, and had the two been on the same page, Rivers and Brown had the safety right where they wanted him. 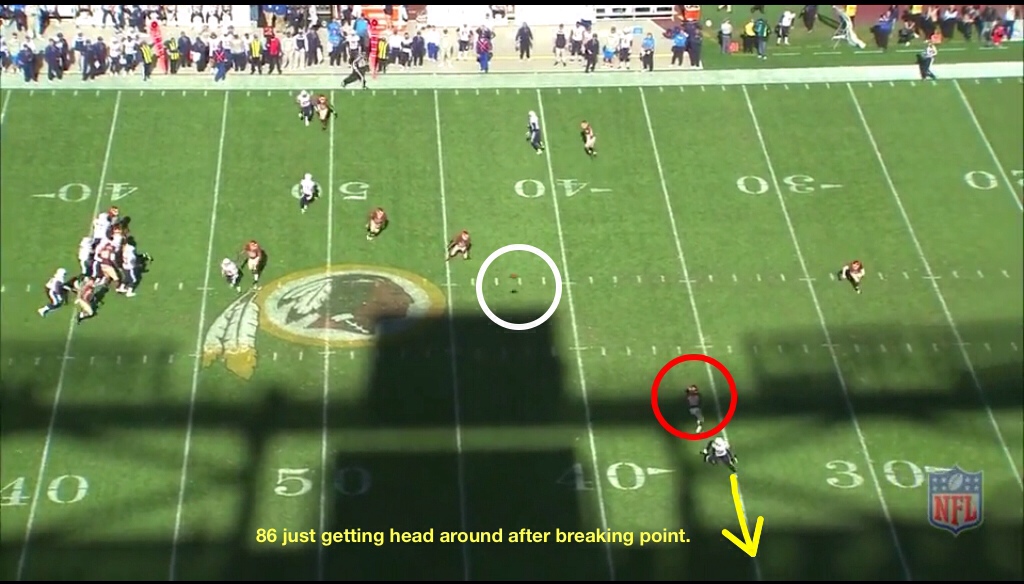 The broadcast view was not helpful at the time of my judgment. Philip's launching point, in my opinion, screamed Middle of the Field. Had the Deep Out been his primary option the whole time, you would have seen the quarterback get a little bit more lateral depth, since it was to opposite hash. He'd have to open his hips a bit more, plant the pointing foot and drive the ball. This isn't what did Philip here.

At the time Philip released it, Vincent had inside leverage on the corner and would have had him beat on the route. Philip got into his throwing motion in a timely manner, but Vincent Brown was too busy completing his route. The wrong route. Simply not on the same page. 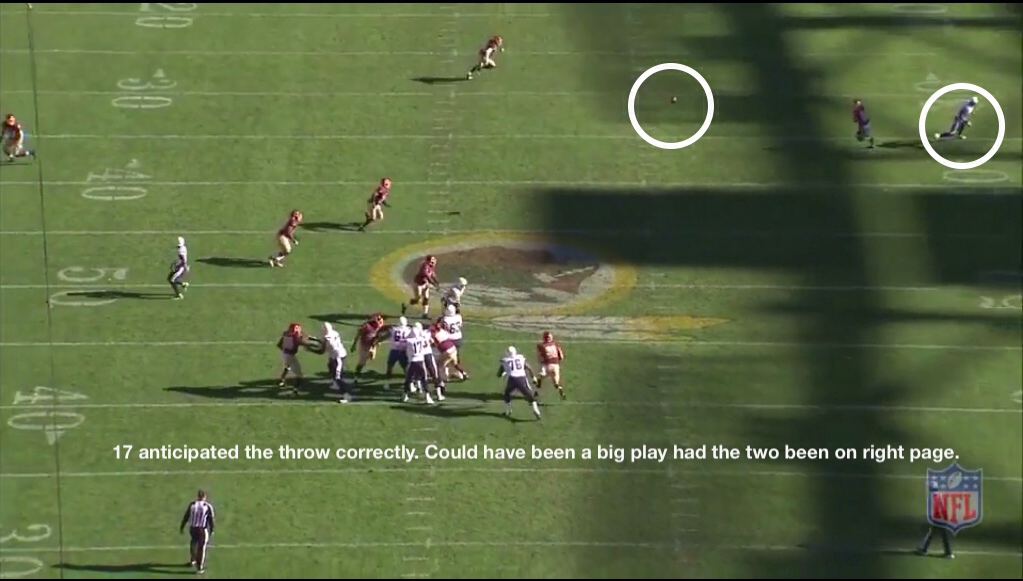