Does Blaine Gabbert offer serious competition to Ryan Leaf as the biggest bust of a first round QB selection? Let’s evaluate the picks on their various "merits", costs, and consequences.

Share All sharing options for: The Biggest Bust: Ryan Leaf or Blaine Gabbert?

No other decision made by an NFL front office is more critical than the selection of a QB. Pick the right one, your future and reputation are secure for a while. Choose poorly and the portrait of your career as a GM or Head Coach has a big ugly mustache painted on it.

The Bolts selected Ryan Leaf in 1998 with the second overall pick in the draft. To commit franchise-cide required trading up one spot with the Arizona Cardinals from the 3rd overall pick to get the Franchise QB not named Manning. This cost the Bolts their 1998 #3 overall pick, the 1999 1st round pick, 1998’s 2nd round pick and 3-time Pro-Bowl jack-of-all-trades offensive and special teams weapon, Eric Metcalf.

The Jaguars traded their 1st round pick and 2nd round pick in 2011 to the Washington Re_____ins to move up 6 spots in the draft to get Blaine Gabbert.

Leaf was paid an $11.25 Million signing bonus and received another $14 Million (estimated) in base salary from 1998 through 2000. The Bolts did recover an unspecified amount of the signing bonus after a video emerged of Cryin’ Ryan playing flag football in 1999 when he was supposed to rehabbing an injury.* The team sued Leaf for $2.95 Million on the grounds of breach of contract, which was settled for an unknown amount.

The Bolts paid at least $23 Million over 3 years for Ryan Leaf’s "services". Leaf threw 13 TD passes in his Charger career; this works out to a little more than $1.8 Million for each TD. With only 4 wins in his career, wins were nearly $6 Million each.

Blaine Gabbert signed a 4 year, $12 Million contract in 2011. All of the 12 mil is guaranteed. If he never plays another down for the Jags’, his cost per TD is a paltry $545,000 each (he has thrown 22 TD’s) Wins are also similarly less expensive; the Jaguars have won 5 games that Gabbert has started, which yields a cost of $2.4 Million per W.

Bobby Beathard had won a power struggle against head coach Bobby Ross in 1997 and came into the 1998 desperately needing a QB after Stan Humphries had taken one blow to the head too many. After contributing to the construction of 7 super-bowl teams over four decades, Beathard had been thought of as a potential Hall of Fame GM. With one decision prompted by the team’s desperation for a QB, Beathard was out of the NFL after the 2000 season and any talk of the Hall of Fame was over.

Gene Smith took over as the Jaguars GM in 2009 after a 15 year career in various scouting and front office positions for the team. It was his first GM job. After the 2-14 disaster of a season, the Jaguars new ownership fired him on December 31, 2012. Gabbert was probably a small part in that decision, but did not loom as large as Leaf did in the Beathard "resignation" in 2000 from the Chargers.

A Google search of "Blaine Gabbert off field issues" does not yield a single story of Gabbert doing anything criminal, going after fans, divorcing his cheerleader wife, screaming at reporters, being addicted to pain killers, sniveling to his GM about buying dinner for the veterans when he was a rookie, breaking into houses, skipping practice to play golf, showing up at press conferences drunk or hung over, going out of his way to alienate teammates and coaches**, or serving time in a state penitentiary.

All of those can be found on Ryan, including this classic confrontation with Jay Posner:

All Blaine has is potential, but so far, his first 3 years in the league have been boringly absent of d-baggy antics from a young millionaire. Clearly, Blaine needs to step us game, but seriously competing with Leaf in the "utter failure as professional football player department" may be impossible by now.

In summary, Ryan Leaf can sleep well in the Crossroads Correctional Center in Shelby Montana tonight, knowing that Blaine Gabbert is not serious competition to the title of Biggest Draft Bust of All-Time. As things stand, in a few more NFL starts than Leaf, Gabbert has been a marginally better NFL QB.

Gabbert is also under contract for this season and the next, with a team option for 2015. There is still some time for him to prove himself in this league. Off the field and in the Jags locker room, there has not been a peep about him being a bad teammate, an obnoxious drunk, or general all-around douche.

Leaf remains a much larger bust than Gabbert, hands down.

* Leaf’s attorneys disputed that Leaf was the QB in the video, until one segment of the tape showed the QB throwing a ball up for grabs that a 10 year old kid picked off. The errant pass was thrown after the QB panicked under fierce pressure from a 13 year old girl. (Not a true story.)

** It takes a rare ability to alienate your teammates to the point where a teammate, a future Hall of Fame Linebacker, knocks you out your shoes during practice in your rookie training camp, then have both offensive and defensive veteran players give the LB high fives for laying you out. This is how the teams veterans let Leaf know that his whining to the GM and coaches over the traditional "First pick buys dinner for the veterans" did not go over well. (True story.) 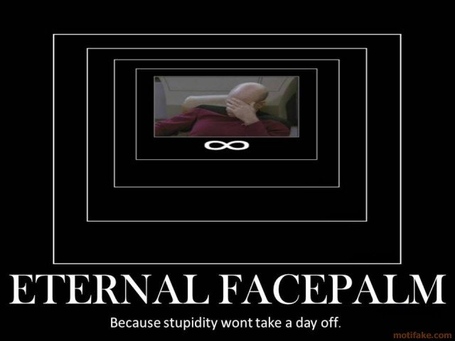