Outsports, which is apparently a part of SB Nation now, posted an article today about the reaction of current and former NFL players when asked about the possibility of there one day being an openly-gay NFL player. Some of the quotes might surprise you.

"In the game of football, it's like a war out there," Jevon Kearse said. "Once you get out on the field, all that stuff is to the side. You're on my side. I played in the NFL for 11 years, I'm sure there were at least one or two guys along the line that were gay."

His former Titans teammate Eddie George, who averaged over 1,100 rushing yards a season for his career, agreed.

America, and the NFL, is eventually going to get past its closed-minded view on homosexuality (relatively) the same way it eventually worked past civil rights issues (relatively). Instead of me explaining what I mean, let's see the beginnings of it with Ahman Green (continued after the jump because it's fairly long)...

"My half-sister, my wife has several cousins. And I had a girlfriend in high school, her mom's friend was a gay guy. And it was no problem."

Did you just say your sister is a lesbian?

"Yeah. We didn't find out until she got older. She didn't come out to us. I just found out two to three years ago. We were talking through Facebook. I was looking at her pictures on Facebook, and I was seeing rainbows, and I was like, OK, I know what that means. There was another girl in her pictures. And I was like, all right, cool."

Green also told me his brother was gay. Despite having a child with his former girlfriend, his brother eventually came out, also in the last couple of years.

Here's the entire article on Green and his family, and it's good. It confirmed to me what I always thought would eventually happen. More and more gay people are going to come out of the closet, and more and more NFL players will find themselves with a close friend or family member coming out to them as gay.

For as much flack as they've gotten for being a homophobic bunch in the past, NFL players are typically very close to their families and friends and will love them no matter what. It's actually gotten some of them into trouble at times (see: Dunn, Warrick), but it would take a lot more than an honest admission of homosexuality to break that bond.

Eventually, most NFL players will respond to homosexuality with something along the lines of "My brother is gay and I still love him. Being gay doesn't change who you are." There will be a few stragglers, but there's probably a few racists playing in the league as well.

You can't educate everyone, but you can applaud progress. 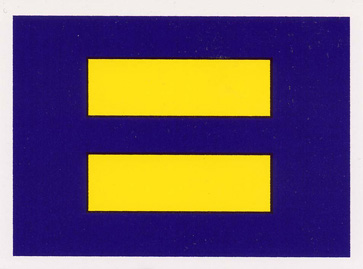