Share All sharing options for: APRIL FOOL'S: Chargers to Host NFL Contest on an Aircraft Carrier 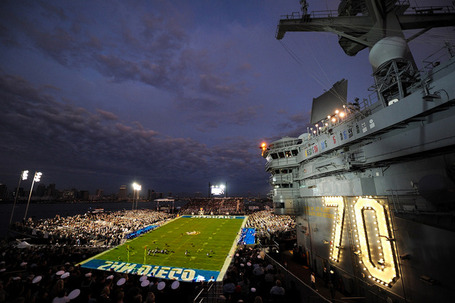 The NFL has scheduled a Monday morning press conference to announce that the San Diego Chargers will open their regular season hosting a game aboard the USS Ronald Reagan (CVN-76) aircraft carrier on the San Diego Bay. Building upon the success of college basketball's Carrier Classic, the US Navy will now take on a professional event. In addition, the Chargers will borrow from the success of a recent Padres initiative to salute to the military, and replace the powder blue alternate uniforms with a digital camouflage design. 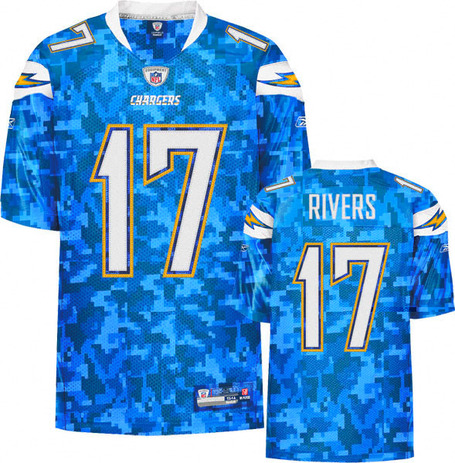 The opponent and date have not been announced, but a marquee match-up with the Peyton Manning led Denver Broncos on opening day would seem likely. An unprecedented Tuesday game on Sept 11, 2012 has also not yet been ruled out. Other possible home opponents include the rest of the AFC West, Baltimore, Cincinnati, Tennessee, Atlanta and Carolina.

Because of the extreme size difference between a 4700 sq ft college basketball court, and the roughly 58,000 sq ft regulation NFL field, it will not be possible to place any seating on the flight deck. The game will be a for-TV only event, and fans will unfortunately not actually be able to attend the game. Because there will be no actual tickets offered for sale, an obscure clause in the ticket guarantee agreement between the team and the city from 1995 will be triggered by the Chargers; wherein the city will have to pay a fee to the team that covers the lost revenue equaling the face value of 60,000 tickets. Season ticket holders will be given additional tickets to pre-season games as compensation.