The picture of the San Diego Chargers' 2012 roster isn't going to become clear until after the NFL Draft, which is still over a month away, but already it appears that this team will have more than its usual number of position battles in training camp. That's neither a good or bad thing, but it is something worth keeping an eye on.

Darrell Stuckey is heading into his third season with the Bolts after being their 4th round pick in 2010. He missed most of training camp and a large chunk of his rookie season due to injury and was used almost exclusively on Special Teams. In his second season, he became one of the team's best special teams players but was buried at SS behind Bob Sanders and Steve Gregory. After proving himself to be a strong worker and solid tackler, Stuckey will get a shot to win the Chargers SS job and keep it for a long time.

Atari Bigby worked his way up the Packers depth chart after signing as an undrafted free agent in 2005 (after being signed and cut by two other teams). He started 16 games in his third season (2007) before struggling to stay healthy the following two seasons. Eventually, Bigby was named the backup and became a special teams standout. He signed on to a similar role with the Seattle Seahawks last season, appearing in 15 games, and will get a chance to win a starting role with the Chargers this year.

Fun Wikipedia Fact: Atari Bigby is Jamaican and a Rastafarian. He chose to attend Central Florida instead of the University of Miami because The U would've required him to cut his hair in conflict with his beliefs.

Robert Meachem was signed on to be the Chargers most expensive receiver this offseason, but he's never been a #1 WR in New Orleans. There's a chance that Norv Turner thinks that Meachem fits the #2 WR role better in his offense.

Fun WIkipedia Fact: In addition to being picked one spot before the Chargers selected Buster Davis, Meachem missed his rookie season after having knee surgery during the preseason.

Malcom Floyd has been with the Chargers since signing as an undrafted free agent in 2004. At 6'5" and just 200 lbs., Floyd has struggled to stay healthy. However, when healthy, there is no doubting that he has the hands and speed to be a #1 WR in the NFL. He has appeared in 16 games just once (2009) and has never been able to start more than 9 games in a single season despite being the Chargers starting WR for the last three years.

Fun Wikipedia Fact: Malcom's older brother, Malcolm was a WR for the Houston Oilers from 1994-1997. When the younger brother was born, his parents allowed his older brother to choose the baby's name. He chose his own name, thus why there is a Malcolm Floyd and a Malcom Floyd in the same family.

Green, a Defensive Tackle before being converted to the Offensive Line at Auburn, was drafted by the Chargers in the 4th round of the 2009 draft to be a Center. However, in his three year career he has taken snaps at just about every spot on the offensive line for San Diego. In 2010, he started 7 games at Right Guard as a replacement for the injured Louis Vasquez. In 2011, he started 8 game at Left Guard as a replacement for the injured Kris Dielman. Both stints showed him to be an adequate starter at the Guard position. 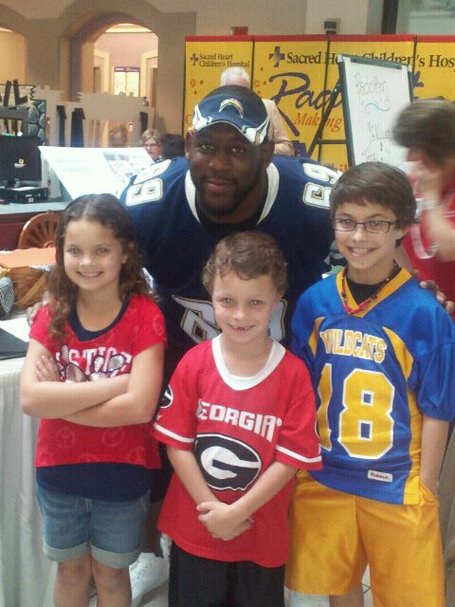 The mystery man was revealed! When Christopher Smith originally tweeted out that a Chargers offensive lineman would be "switching positions again" to compete with Green, the prevailing thought was that it would be Scott Mruczkowski. I theorized that it could've been Dombrowski, who played Guard at SDSU before an unsuccessful transition to Tackle in the pros. Word now is that Dombro is moving back to Guard and will be given a chance to win the job. With his size, strength and agility, anything is possible. 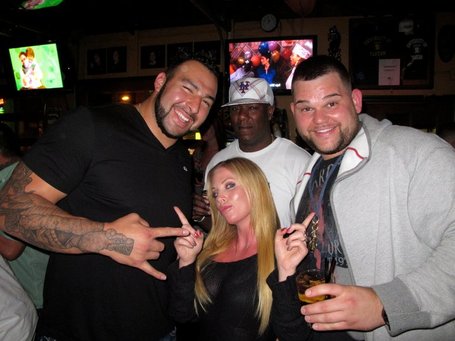 I never thought that Vasquez could get more intimidating. I was wrong. Also, dude in the background doesn't approve.

Let's get something straight. Did Antoine Cason have a bad year? Yes. Did Antoine Cason have a pass rush to work with? No. Is Antoine Cason the type of CB that needs a pass rush to succeed? Yes, he is. Heck, about 90% of the CBs in the league are that way. Cason's poor season should be blamed on the pass rush just as much, if not more, than it should be blamed on Antoine himself. He's still an incredibly-gifted athlete that can hang with just about any WR in the league (for a normal amount of time) and can take advantage of mistakes made by opposite QBs.

Fun Wikipedia Fact: During his final year at Arizona, Cason earned All-American honors for both football (where he also won The Jim Thorpe Award as the best CB in the country) and track and field.

Marcus Gilchrist is seen as a future starting CB by the Chargers, but right now he also serves as the best fit for the nickel CB spot. Marcus played both CB and Safety during his time at Clemson, and is very good in run protection. 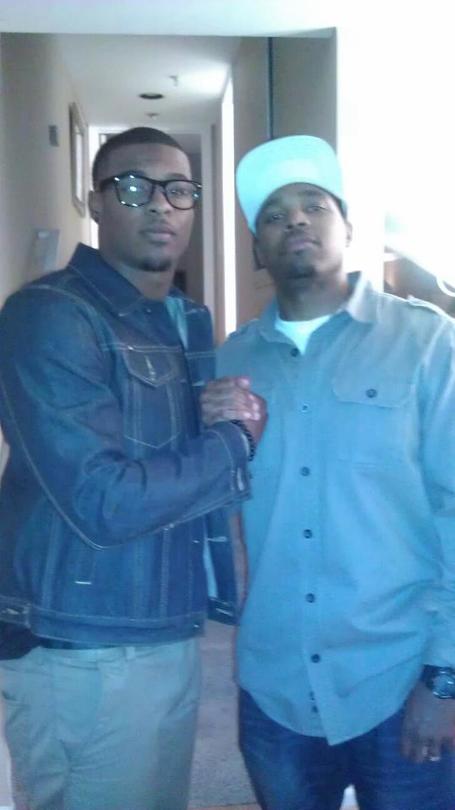 That's all we have for now. There could be others, depending on who the Chargers sign and draft. For instance, drafting Ronnie Hillman would create a competition between him and Curtis Brinkley for that backup RB spot. However, signing Ronnie Brown would probably make Brinkley the #3 RB. We also need to see what happens with Antonio Garay, Luis Castillo, etc.

By my count, that's at least 4 position battles already set up with potential for 3-4 more. Should be an exciting preseason for the Bolts.