Fox Sports San Diego and How It Affects the Chargers

Share All sharing options for: Fox Sports San Diego and How It Affects the Chargers

Unless you've been living under a rock, you've heard that the San Diego Padres' TV deal with Cox Communications is over and that they've been working with Fox to launch a local sports channel called "Fox Sports San Diego". This would be the 19th regional sports network for Fox, but the first to cater to San Diego. Fox Sports West and Prime Ticket have existed in some form on certain channel tiers in this county for ages, but both of those were more Los Angeles-based in terms of coverage than San Diego-based.

This news doesn't affect Padres fans all that much, except that a subscription to Cox Cable will no longer be necessary to see all (or most) of the Padres regular-season games and coverage. The time that the channel has to fill during the baseball offseason will change the landscape of San Diego sports forever.

Non-Padres programming before and after that date is expected to be a combination of national FSN telecasts as well as games now seen on Fox Sports Prime Ticket involving the Los Angeles Clippers, Anaheim Ducks and various colleges including UCLA and USC.

Think about that for a second. Trying to catch Clippers games or Ducks games regularly in San Diego has been fairly difficult. Add to the mix the pre-game shows, post-game shows and nightly sports wrap-up shows and San Diego just became a legitimate sports town. Having a television station to cover the Chargers for more than just a 6 minute segment for the news that evening will go a long way towards educating the masses (yay!) and increasing the fervor surrounding the Bolts.

Imagine how much sweeter life will be when, upon returning home from a grueling day at the factory, you can simply flip on FSSD and either be treated to news about the local sports teams (with the Ducks and Clippers becoming SD's adopted hockey and basketball teams) or an actual live game involving one of them. No more sitting through 58 minutes of Jeremy Lin or Tim Tebow for a 15 second highlight of your favorite franchise. No more wondering what channel the Clippers are playing on, finding it, and finding out that you don't get that channel for some backwards reason.

Adding nightly, easy-to-find broadcasts of their games to San Diego will help the Clippers to compete with the Lakers and the Ducks to compete with the Kings. If ratings in San Diego are through the roof for either or both, it will be a piece of information that someone can use to try and sell one of those franchises to move to San Diego the next time they're unhappy in their current location. Even if that doesn't happen, having 4+ professional sports franchises on TV regularly in San Diego county will help turn this town into more of a year-round sports town rather than the collection of fairweather fans that it's currently viewed as.

I've said for ages that San Diego would have a hard time convincing the rest of the country that it was a sports town with the 4 month sports lull between NFL and MLB seasons. The SDSU Aztecs basketball team has helped get rid of that lull to some degree, but adding more professional teams to watch during those months is critical in building more "San Diego sports fans" instead of people that just like the Chargers or just like the Padres. Building those fans would go a long way towards convincing the Chargers that they could do just as well in San Diego as they could in Los Angeles.

In short, the 20-year deal between Fox and the Padres is a win for the baseball team as much as it's a win for the city of San Diego and its (soon to be growing) diehard sports fans.

Now, as far as the news that Scott and BR would like a show goes.... I would like to take this time to announce that I would also like a show on the new channel. I have the first episode already lined up. In it, I would eat my own hat (which I'm planning on anyway, but with lower production quality). Heck, to support the channel, I would eat a Padres hat while wearing a Ducks jersey and some Clippers "Lob City" basketball shorts. Hey, Fox Sports San Diego.... 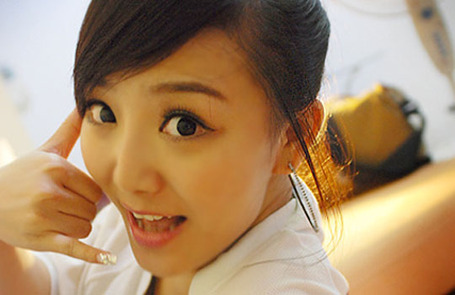