Mark Your Calendars for the 3rd Annual Philip Rivers 5K

Share All sharing options for: Mark Your Calendars for the 3rd Annual Philip Rivers 5K 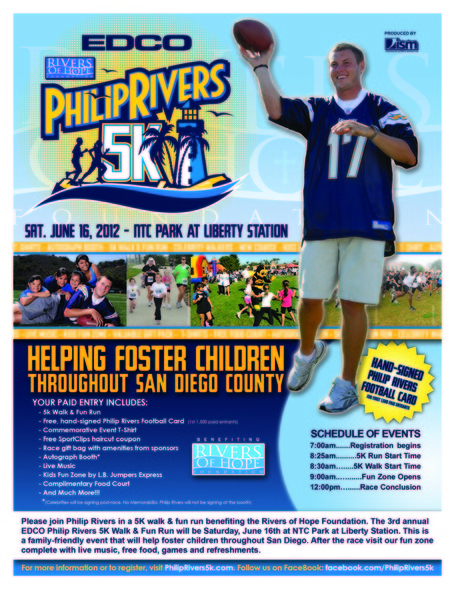 Hey, look! It's Philip Rivers is short-pants! Wearing a watch! It's El Capitan like you've never seen him before!

Seriously, though, the 5K events that Rivers and other San Diego Chargers players hold throughout the course of the year are always a good time and tend to raise a lot of money for charity. The Philip Rivers 5K Walk & Fun Run raises money for the QB's own Rivers of Hope Foundation, which works to find permanent homes for abandoned, unwanted and orphaned children.

Also, despite this 5K being labeled as a "Fun Run", running one of these events gives you the opportunity to out-run the Chargers' Captain and brag about it to your friends later. Did I ever tell you about the time I ran a 5K faster than Marcus McNeill while being incredibly drunk/hungover? I did? Want to hear about it again? (Editor's Note: True story.) 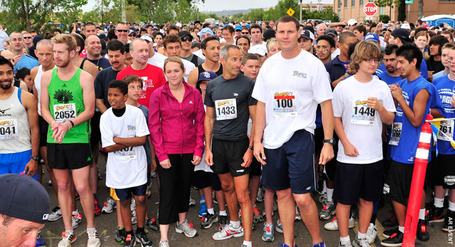 Look at that smirk. He so arrogant! I bet Eli Manning would never be that smarmy and cocky. Rivers getting enjoyment out of embarrassing children in a footrace is the reason that this team will never go anywhere!