The story of the 1963 season started in an obscure Louisiana High School 8 years before, at the 1960 Olympic Games, and in the Balboa Stadium training room during 1962. Coach Gillman, watching the injuries and losses mount in 1962, began to think about how to change things for the next season. He reasoned that if his team was bigger and stronger, that many of the injuries he had seen would not have happened. His attention was drawn to Baton Rouge and LSU, where stories about the conditioning routine of Houston Oilers star Billy Cannon and a presentation given by a weightlifting trainer at a coaches’ conference made him willing to investigate the possibilities. 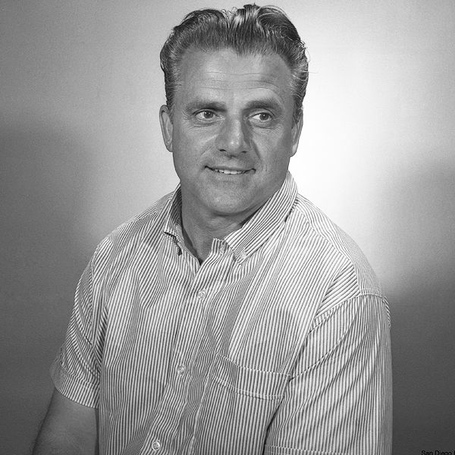 The speaker at that conference was Alvin Roy and dating back to 1958, he was de facto strength and conditioning coach for LSU. LSU saw the value of Roy’s theories after he developed eventual Heisman Trophy winner Billy Cannon; Roy had worked with the young man in high school going back to 1955.* 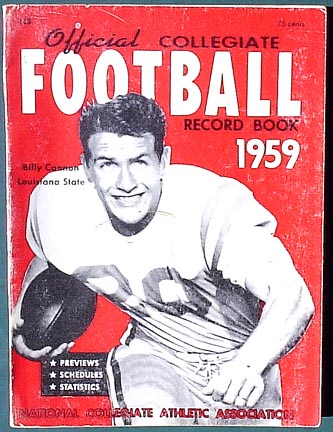 One of Roy’s professional activities included coaching the US Men’s Weightlifting team during the 1960 Olympic Games in Rome. During the run-up to those games, the US team debated about whether to incorporate into its training regimen a drug invented in 1958 by Ciba Pharmaceuticals in Switzerland called "Dianabol". Dianabol was actually methandrostenolone, a form of artificial testosterone that was designed to promote muscle growth and quicker recovery from work-outs. (When you hear the term "anabolic steroid", Dianabol was the first effective one invented.)

The US weightlifting team, despite hearing about the use of the drug by the Soviet team, elected to not take the Dianabol, even though there were no rules against it or any stigma in those days attached to the use of "performance enhancing drugs". The team was crushed by the Soviet weightlifters, with the USSR taking 5 of the 7 gold medals awarded for weight lifting. The US Olympic team quickly incorporated Dianabol into its training regimen. Alvin Roy began to include the drug in his organized conditioning programs for athletes.

Gillman met with Roy in Baton Rouge in February of 1963. The two men got along well enough for Gillman to send some of the Chargers to Louisiana for injury rehabilitation during the ’62-‘63 off-season. The Charger’s draft for that year did not yield too many players of consequence; although 1st round pick Walt Sweeney (G) would stay with the team until 1975 and 3rd round LB Dave Robinson would also become a long-term starter. The team also brought in veteran QB Tobin Rote.

DE Bob Petrich, selected in the 11th round of the draft remembers getting a package of pink pills in the mail about a month after he signed, with instructions to take one pill 3 times a day. When the team reported to Rough Acres in July of 1963**, Gillman’s response to the injuries and failures of 1962 were fully implemented.

Hall of Fame Tackle Ron Mix recalls that at the first team meeting, Gillman introduced Alvin Roy, saying "this man is what every team will eventually have; a strength coach." Roy then addressed the team -- "I still remember his speech, almost verbatim," Mix says. "He said, 'Because you're going to be lifting weights in addition to working out twice a day, you're going to need more protein.' And he said, 'When I was a trainer for the U.S. team in the Olympics, I learned a secret from those Rooskies.' And he held up a bottle of pink pills, and he says, 'This stuff is called Dianabol and it's going to help assimilate protein and you'll be taking it every day.' And, sure enough, it showed up on our training tables in cereal bowls." 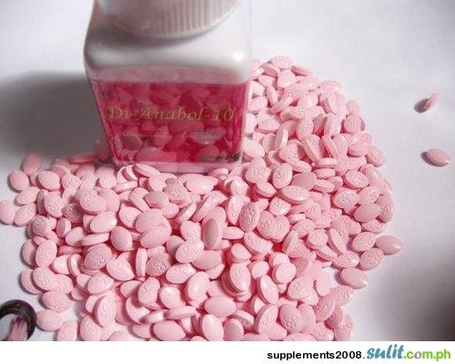 Reports vary about the use of Dianabol at that training camp. Virtually all of the linemen, offense and defense took it (with the threat of fines if they refrained). Skill players such as Hadl and Alworth did not, mostly because they did not see the point, but; "The linemen did, and they started looking like Popeye a month later," Hadl says. "We both decided that we knew what we were doing." Paul McGuire says he did not either, but only because he never lifted weights. "They told us that if you lift weights and take the pills, it will all come together for you, but if you were not going to lift, don’t take the pills."***

Some players began to notice the difference by the end of camp. Pat Shea, an offensive lineman remembers walking down a hall toward the end of camp, seeing a barbell in the hallway and picking it up and carrying back into the weight room. "It was like it was nothing." He found out later that the bar had 350 pounds of weight on it. His thought? "The pills – they really work. I could not do that before." Other Chargers insisted that the pills did not have any effect; others were not sure if it was the pills or the weightlifting was helping them get bigger and faster since they had never systematically lifted weights before. Ron Mix does not believe that the Dianabol made him stronger, but does believe they helped his stamina.

Pat Shea also remembers his wife noticing some differences, too: 'You're a different person -- what's wrong with you?' I had no patience, and she was alarmed about it,'" he says. Other reactions emerged from the use of the steroids. Ron Mix recounted Dave Kocourek visiting his personal physician 5 weeks into camp to get help for a nagging injury. When the doctor asked him if he was he taking other medications, Dianabol was mentioned. "[Kocourek] said the doctor was actually shocked," Mix says. "'They're giving you this stuff? Have they ever shown you the literature that accompanies these pills?' I still remember what it says. It was in big red letters. It said, 'Dangerous. Not to be taken over extended periods of time, will cause permanent bone damage, liver damage, heart damage, testicle shrinkage.' "Now comes the obligatory joke," Mix says. "The other three we could live with. But the last -- no!"

Mix says he approached Gillman, and Gillman told him, "You know, our doctors say there's nothing wrong with this." Sweeney remembers a stronger reaction from Gillman. "Sid looked at [the literature] for a couple of minutes and he threw it on the ground and said, 'What do these guys know? They don't know anything about football. They're doctors,'" he says. "That was it." Mix and others asked Gillman for a team meeting just prior to the start of the season. From then on, the players say, the team no longer required them to take the pills. Most of them stopped taking Dianabol. (The amphetamines were another story; Paul McGuire recalls that in those days, speed pills "were just sitting in guy’s lockers for chrissakes!" This was a league wide situation that would reach epidemic proportions by the late 60’s and result in a league wide response in the late 70’s.)

By all accounts, the organized distribution of Dianabol by the team stopped right at the start of the season. Reports would later surface that Dianabol and amphetamines remained available (in some cases, prescribed) to the players through the rest of the ‘60’s. The team’s opponents don’t recall the 1963 Chargers being "different". But the team was different; different from any other Charger team in the history of the franchise. The 1963 Chargers became league champions.

* Roy had become interested in weightlifting while he was in Europe and saw it as the future of competitive sports; organized activities to improve strength and speed by systematically building muscle. He eventually started bodybuilding clubs in Louisiana that led to a nationwide chain of 24 clubs. With a 1958 National Championship and a 1959 Heisman trophy winner, the workouts being done at LSU began to batter down the conventional wisdom of the day regarding weight training. 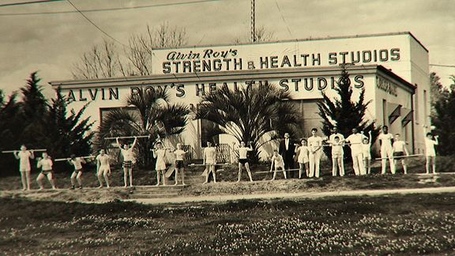 Alvin Roy had seen that contrary to making athletes "muscle bound, slow, and inflexible", weight training actually improved speed and athletic performance. He was able to convince the coach of Istrouma High School (in Baton Rouge) in the early 50’s to let him work with his team and other IHS athletic teams; this resulted in 12 state championships in track and football in 8 years. LSU followed that road too, and continuing to this day, the Tigers annually give out the "Alvin Roy Award" to the football player that shows the highest level of year round commitment to weightlifting and conditioning.

** The training camp at Rough Acres was the other part of Gillman’s fix to the 1962 season; an isolated place with no distractions and a really difficult environment to get his team focused and tough. That story and the 1963 season will be covered in Part 5.

*** As difficult as it may be to believe in this day and age, there was a stigma attached to weightlifting in professional football in those days. The attitude was "you only need to do that if you aren’t good enough". Assistant coach LoCasale stated that the only reason why Gillman could implement an organized weightlifting program was because he could point back to the 1962 team and tell the players in the 1963 camp that they were a bad football team and needed to regain their advantage. Many players still retained their pride that weightlifting was for a player that lacked something, so some of the veterans passed up lifting. There was also still the idea that weightlifting was actually detrimental to athletic performance, impeding flexibility, stamina, quickness, speed, etc., although that belief was starting to erode around that time. In less than 5 years, virtually every team had strength and conditioning coaches and an organized weightlifting program.

Much of the material in this segment was taken from an "ESPN Outside the Lines" story called "Pumped Up Pioneers: The '63 Chargers". I am grateful for the work that T. J. Quinn put into his story.