What a difference a week makes.

That was a disaster. The game against the Panthers was easily the biggest display of the lack of talent on the Chargers' offense yet this season. The Chargers just couldn't get anything going, and the defense was just torn apart.

Looks like last week's win over the Steelers was just a fluke.

When the Acee story broke two weeks ago that Norv and A.J. would be let go at the end of the season, I was a bit on the fence. I was okay with letting Norv go, but was willing to give A.J. Smith another shot. I mean, he's the one that had given us that period of Chargers prosperity since 2004. Shall we recall the 2000 season?

But this Chargers offense is terrible, and it's tough to admit that since we all had gotten used to a Norv-led team being an offensive powerhouse. In 2010, it was the Special Teams. In 2011, it was the Defense. I guess patterns only dictate that in 2012 the offense would be the liability. 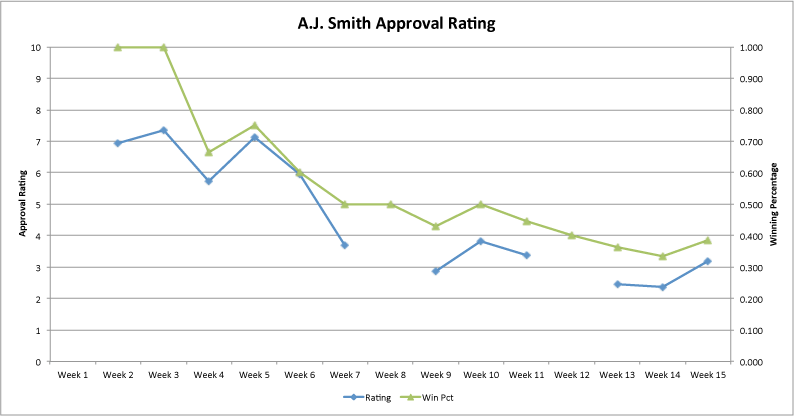