The Charger’s draft for the 1961 season (actually held in December of 1960) would produce immediate impact players. The first pick was a giant of a defensive tackle (Ernie "Big Cat" Ladd). At 6'9" and 315 pounds, Ladd was said to be the biggest and strongest man in professional football during his era: 52-inch chest, 39-inch waist, 20-inch biceps, 19-inch neck, and size 18D shoes.* 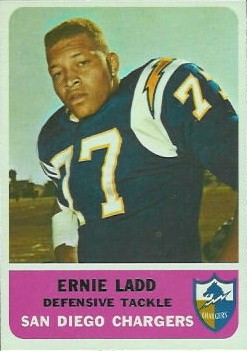 (This was in an era when a 275 pound lineman was considered large.) The Chargers also drafted Earl Faison, a 260 pound All-American DE. 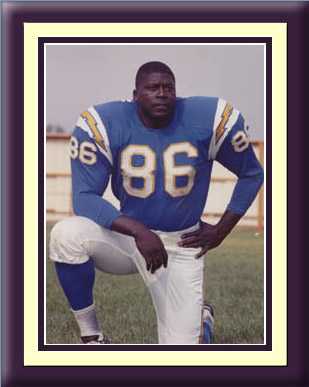 These two players, added with returning defensive linemen Bill Hudson (DT) and Ron Nery (DE) formed the second defensive line that would be referred to as "The Fearsome Foursome" (the first one was the NY Giants line of 1957). Earl Faison would be awarded Rookie of the Year for 1961. Other significant draft picks included DB Claude "Hoot" Gibson, plus receivers Reg Carolan and Glenn Bass.

The 1961 season began on the road in Dallas, with the Chargers beating the Texans 26-10. On September 18, 1961, the team christened its new stadium in the finest style possible; a 44-0 blowout against the Northern California team (which had actually moved a little closer to Oakland by moving from Kezar Stadium to Candlestick Park).

The team went on to dominate the AFL West, winning 11 games in a row, but did start to run out of gas at the end of the season, losing 2 of the last 3 games. The 12-2 record was more than enough to win the division title and put the Chargers into the AFL title game once again, where they would face the Houston Oilers in a rematch of the 1960 title game.

San Diego and Houston had split their season series, with each team winning at home. The Oilers had beaten the Chargers just 3 weeks before the title game on December 3, 1961. The Oilers had the best Offense in the AFL that season, the Chargers Offense was ranked 3rd, but led the AFL West in scoring. What many people were figuring to be an offensive shootout, the AFL’s typical type of game in those days, failed to materialize…

The Chargers had the number 1 ranked defense in the AFL in 1961 and Houston’s defense was ranked number 2. In the two regular season match-ups, the Chargers scored 47 points on Houston and Houston had scored 57 points total, which did not point to a gritty defensive slugfest, but that is exactly what happened. In what would be described by Houston coach Wally Lemm as "the most vicious, hard-hitting football game I have ever seen", Houston won its 2nd straight AFL Championship by winning the Christmas Eve title game 10-3. 13 players from the two teams would be carted off the field for injuries. Players and coaches on both sides later described the game as the toughest defensive battle in which they had ever been involved. The Chargers did have a chance to tie the game late in the 4th quarter, but Oliers’ DB Julian Spence (a 153 pound safety, he was the smallest player in the league) jumped Dave Kocourek’s route and picked off a Jack Kemp pass. (Note: The incorrectly titled "Los Angeles Charger’s 1961" videos apparently included a part 3, but I was unable to locate it. I would have liked to have seen some footage from the Championship game.)

So, the inaugural season of The San Diego Chargers ended in disappointment. The team did extremely well, posting an overall 12-3 record (with a terrible December), with the league’s best defense and third best offense. Individual player awards reflected the excellence of the team; rookie of the year for Faison, 1st team all-star selections for Ron Mix (T), Ernie Ladd (DT) Charlie McNeil (S), Dick Harris (CB), Ron Nery (DT)and Earl Faison (DE). 2nd team All-Stars selected from the team were Dave Kocourek (TE/WR), George Blair (K), Bill Hudson (DT), Paul Lowe (RB), Chuck Allen (MLB), and Jack Kemp (QB). The selection Kemp is a little strange, given the drop in his passing yards and TD’s during this season, together with an uptick in picks and fumbles.

In a league noted for offense and a wide open passing game, it could certainly be argued that the league’s defenses were also pretty good. While Houston did have the league’s #1 offense, with a spectacular 4,392 passing yards (in 14 games!) and another 1,896 rushing yards, no other AFL team cracked the 3,000 passing yard mark. Kemp was able to throw 17 touchdowns, but also chucked 25 picks. The Chargers added another 19 fumbles (10 from Kemp), but they were far from the worst in protecting the ball. The Broncos led the league in turnovers, with an absolutely horrible 45 INT’s and another 23 fumbles.

The Chargers defense was able to more than even out the turnovers, collecting 49 interceptions (leading the league) and recovering another 17 fumbles. 9 of the interceptions were pick sixes. Think about the 1961 defense for minute. 3 of the 4 defensive linemen were 1st team all-stars and the remaining lineman was a 2nd teamer. Two members of the secondary were 1st team all-stars and one linebacker was a 2nd team selection. 5 Pro-Bowl starters and another 3 pro-bowl selections would be the modern era equivalent. The 66 takeaways produced by the defense (in 14 games!) set a season record in ANY Football league that has stood to this day and without being seriously challenged in more than 50 years.

It was fortunate that the team had a great first year, because if the city’s first taste of pro football had been the disaster of the 1962 season, they might have sent the Chargers back to LA. The season was set up well, with the Chargers drafting John Hadl, an athlete that coach Gillman believed was the franchises’ quarterback of the future, plus engineering a trade with the Oakland team for a player that would become the face of the franchise for the ‘60’s – Lance Alworth.** The draft was about the only thing that went right for the Chargers in 1962. 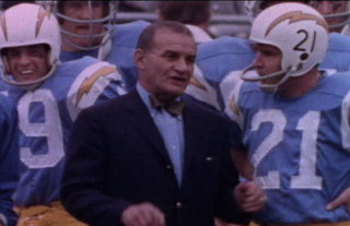 The tone for the season was set in preseason, when Bob Laraba, an original LA Charger and a quality LB, was killed in a car crash. The season’s problems began early when starting QB Jack Kemp dislocated the middle finger of his throwing hand in the second game of the season. Coach Gillman, already fostering doubts about Kemp’s ability to win a "big game", but wanting to keep him as a veteran back-up, placed him on waivers, believing that no team would take on an injured QB. The Buffalo Bills proved that wrong and the Bills’ acquisition of Kemp would come back to haunt the Chargers later. Alworth tore his quad while horsing around with a teammate during practice after the seasons 4th game. The Chargers injury situation in 1962 ruined the season; eventually 23 players would miss at least two games during the season with injuries.

Dick Wood, the Chargers back-up QB, was inserted into the starting slot with the absence of Kemp. After going 1-1 in his two starts, Gillman benched Wood in favor of rookie QB Hadl. Hadl’s 10 games starting were marred by interceptions (24 in 10 games) and the injury situation. The Chargers went 2-8 in those games, finishing the season with a 4-10 record, good enough for 3rd in the AFL West.

The journey started in September 1961 with 20,216 fans watching a throttling of the team from Northern California and continues on as part of league with annual revenues of $9 billion. Conrad Hilton could have only dreamed about the success of league he and the other members of "The Foolish Club" started. Even with the poor showing in 1962, the city was forgiving of its first major sports franchise. And for the next 50 years, the team would take it fans to championships and to cellars. It was professional football San Diego style; occasionally glorious, often innovative, and frequently frustrating to a fan base anchored by its early successes and later resurgences.

No one could have guessed that the franchise would have its finest year, a league championship effort that the team would not repeat for 50 years, after the pratfall of the 1962 season. 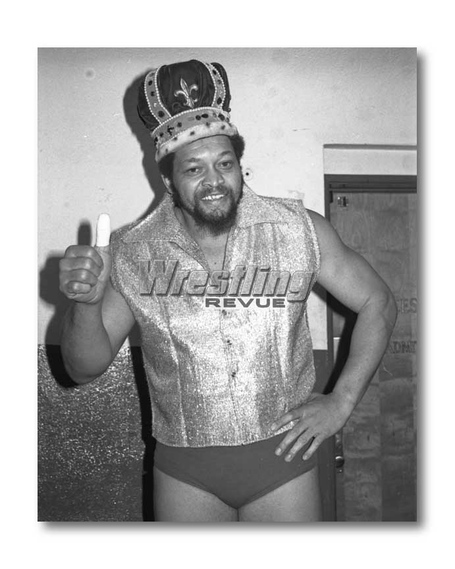 Ladd was an early example of some of the bizarre personnel decisions which plagued this organization throughout its history. Ladd became embroiled in a public and nasty salary dispute with Head Coach and GM Gillman in 1966. After trying to engineer a trade with Houston (it fell through), Ladd was released, becoming a free agent, signing with Houston while taking a 10% pay cut. He was later traded to the Chiefs and teamed with another huge DT (Buck Buchannan) to help the Chiefs rise to the top of the AFL West in 1968 and 1969. This early instance of personnel mismanagement became an unfortunate pattern that continued throughout the teams’ history. This pattern has manifested to various degrees of team detriment with every owner and front office group put together since the original Gillman – Hilton days.

** Lance Alworth was drafted by the Oakland team with the 1st pick (9th overall) of the second round in the 1962 AFL draft. He was also selected 8th overall in the first round of the NFL’s draft by the 49’ers. Offensive Assitant Coach Al Davis, recognizing the potential of Alworth convinced Gillman to work a trade with the Oakland team for Alworth. The Chargers traded three players to Oakland, halfback Bo Roberson, quarterback Hunter Enis, and offensive tackle Gene Selawski for the RIGHTS to Alworth. Davis, who would in 1978 be Alworth’s presenter for his induction into the Pro Football Hall of Fame, was able to persuade Alworth to sign with the AFL Chargers instead of the 49ers. Davis personally travelled to New Orleans and got Alworth’s signature on a $30,000 contract just prior to the 1962 Sugar Bowl.