As the losses mount there must be something for Chargers fans to be thankful for, right?

This has been a rough season for Chargers fans. Real rough. But as disappointing as it has been there are still things that bring joy to my face.

Last night I watched the Chargers and Broncos game. Again. I was caught in a three hour window of whimsy and decided to go for it since there will be no Chargers football this holiday weekend. 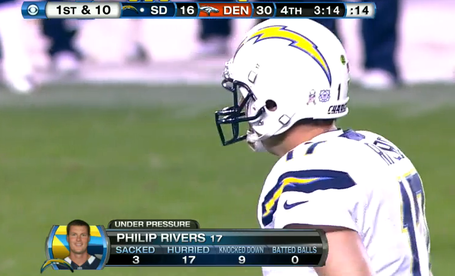 Those numbers don't lie. I saw it with my own eyes. The guy has no chance as he drops back to pass each week. Yet, as he takes the inevitable beating, we never hear a word of complaint. He doesn't point fingers at his undermanned offensive line. He just keeps trying to make plays. It's been a tough year for Philip Rivers.

I'm thankful that Philip Rivers doesn't play the blame game. I'm also thankful that he doesn't say stupid things on Twitter. And that he hasn't been in jail on weapons charges.

The other thing that helps me get through the week is reading poorly written sports columns that I can turn around and lampoon with very little effort. I'm thankful for our local jive-turkey, Nick Canepa*. 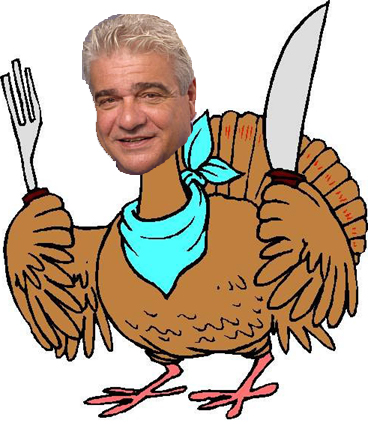 In a season plummeting faster than an idiot jumping from 120,000 feet there are still things to be thankful for this year. What say you?

*Special thanks to @homersapien619 for the Jive Turkey photoshop.