Let's take a quick break from the "I hate A.J. Smith/Norv Turner/Philip Rivers/Dean Spanos." or the "I want Bill Cowher/Jon Gruden/Brian Billick" conversations and recognize something good.

As has been the case for many years now, the Tuesday of Thanksgiving Week is the Annual Chargers Blood Drive in San Diego. This is the 34th year the blood drive has been conducted by the Chargers and the San Diego Blood Bank.

In1979, Chargers PK Rolf Benirshke collapsed on a team flight returning from a September game against the New England Patriots. He required 2 surgeries to deal with a case of ulcerative colitis, which was life-threatening at the time, and eventually cost him the remainder of the 1979 season.

These 2 surgeries eventually used over 80 pints of blood, and resulted in the Chargers teaming with the San Diego Blood Bank to launch the Chargers Blood Drive.

Benirschke's weight dropped to 123 pounds. He first returned to the field as an honorary captain on November 18th, 1979, before the Chargers' home game against the Pittsburgh Steelers.

34 years later, this tradition continues in San Diego. It's one of the best examples of how a professional sports franchise and its community can work to each other's benefit.

I've include some of my pictures below (sorry in advance if the quality isn't always great). 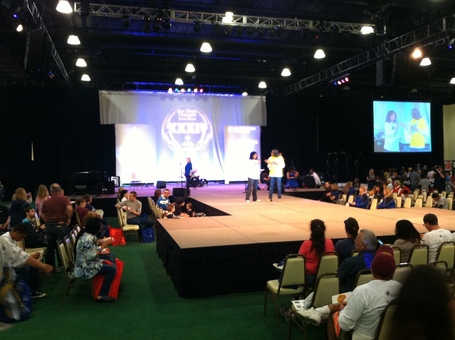 Inside the ballroom at the Town and Country Hotel, near the stage. 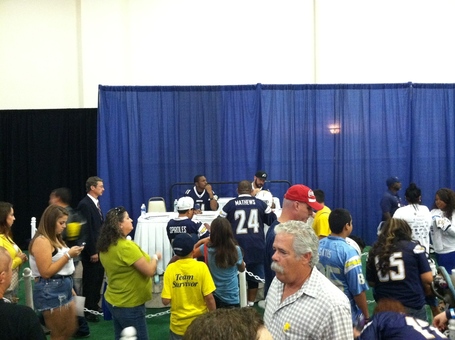 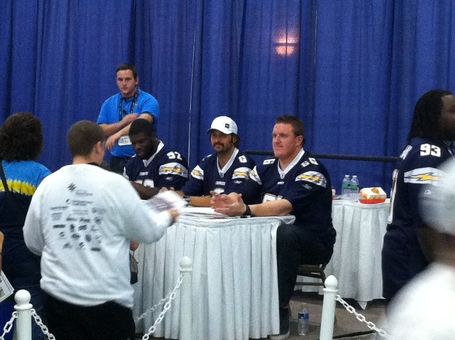 Vaughn Martin, Charlie Whitehurst, and Jeromey Clary between autographs. Just off to the right, Cam Thomas is being interviewed by Marty Caswell of XX 1090 AM. 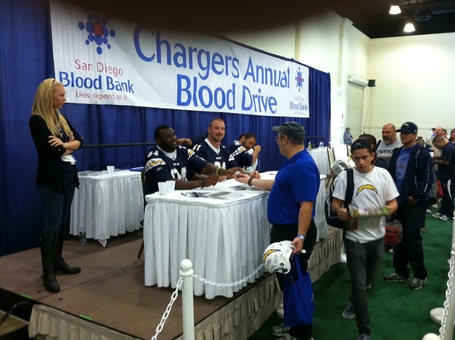 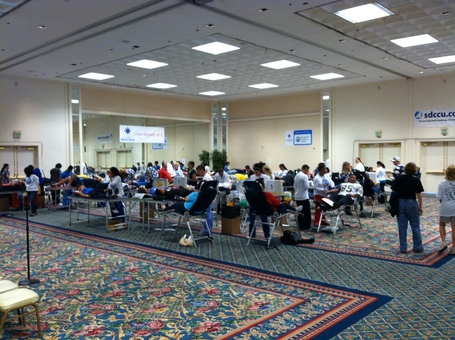 The Donor Area. Most all the beds are full during the lunch break. 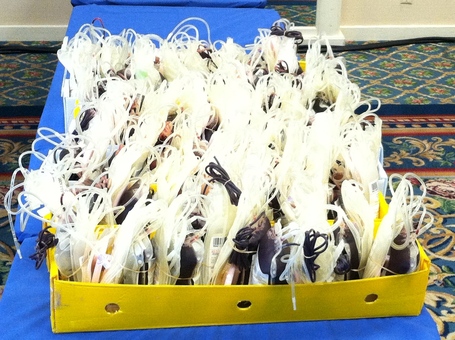 Whole blood donations, ready for return to San Diego Blood Bank. This blood will be tested, processed into multiple products, and distributed to area hospitals for patients in need.