Another second-half meltdown by the Chargers. Is this the nail in Norv Turner's proverbial coffin?

The Chargers actually seemed rather prepared for the Tampa Bay Buccaneers. The Chargers passing attack was making the Buccaneers secondary look as bad as advertised (at least through the first half). And a week after running all over the Oakland Raiders for 251 yards on 25 carries, RB Doug Martin was just held to 68 yards on 19 carries (3.6 YPC).

Then the second half happened and Philip Rivers had his usual meltdown that seems to be the Norv norm for 2012.

So has Norv become ineffective? Can he save this season? Can the Chargers go on one of their customary late-season surges? Time will tell ... 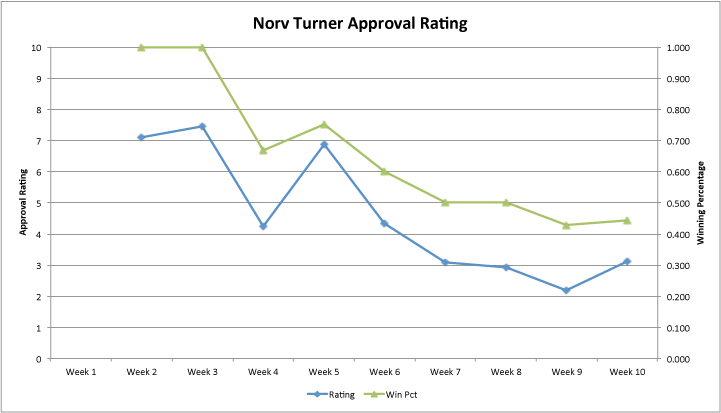