It's the bye week, we figured nothing would happen, we were wrong.

I'll be honest, we didn't plan to do an approval rating poll this week for Norv Turner (nor A.J. Smith) due to the bye week. We figured, "hey, what could happen during the bye week that would change anyone's opinion about Norv Turner?"

Then a sticky towel was found. And much like a teenage boy caught in a similar situation, the denials started coming out.

This could all blow over and be much ado about nothing. Or it could blow up and the Chargers end up getting fined and losing draft picks. But, I think we have enough here to judge Norv Turner's handling of the situation. Is Norv culpable here? It seems like it. He seems to be taking the blame here and saying, "we knowingly used this towel, but everyone else does it so it's okay!"

So what say you, fine people in the BFTB community, is Norv handling the situation well? Let us know in the poll below and sound off in the comments!

Oh, and you guys were not kind to Norv last week 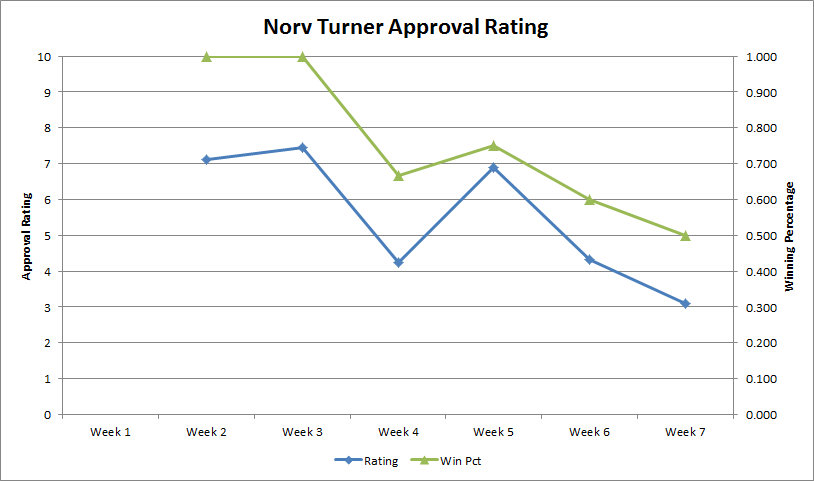