Well, happy bye week. After seeking some advice from the editor in chief, he thought it might be a fun (and maybe a little educational) to trace the history of our favorite team from the beginning to a point of common memmory (let's call that the mid-2000's, to be determined). For some of you, this may be new information and a new insight into the rich legacy of a 53 year old sports franchise, that maybe you did not follow until 7 or 8 years ago. For a few of us, a lot of the history from the 70’s, 80’s, and 90’s will be reminders of things barely remembered or a fresh look at moments and games never to be forgotten. My own personal history with the Chargers began in 1971 at the age of 9, a pretty gloomy period in the team’s history. In 1971, the team was starting its 12th season.

To start all the way back to that beginning, go past the jump…

The origin of the Chargers can be traced back to 1958. That is the year the NFL rejected the bid by an heir to a Texas oil fortune, Lamar Hunt, to bring professional football to Dallas. 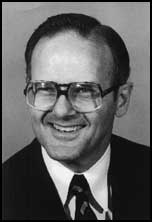 In the year following the NFL’s rejection of expanding into Texas, Mr. Hunt reached out to some other rich guys and eventually found 7 other people or groups of people that in mid-1959 formed the original 8 teams of the American Football League. The group included Barron Hilton, a multi-millionaire that was making his fortune in expanding his father's (surprise!) hotel business.* He wanted to own a team close to his home in Los Angeles.

On August 14, 1959 the future owners of the 8 American Football League teams met in the Conrad Hilton Hotel in Chicago. They called themselves "The Foolish Club". 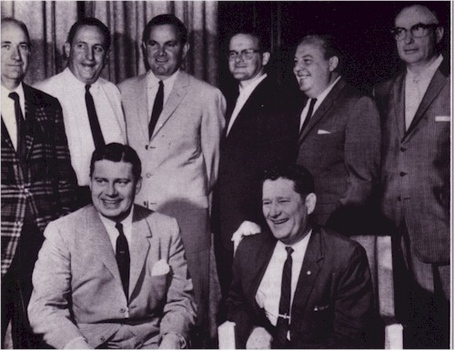 Barron Hilton chose to name his team "The Chargers" because of his love for the bugle playing and the crowd screaming "Charge" at Dodger and Trojans games. He wanted to make sure that the "Charge" cheer would be made several times during his team’s home games.

As a side note, the new league lost one of its teams shortly after that meeting, when the NFL promised Max Winters and Bill Boyer a franchise in Minnesota. The Minnesota franchise pulled out of the AFL. The fledgling league scrambled to find their 8th team and was able to get a group of eight Northern California investors that would plant a team in the Bay Area (they who must not be named played in San Francisco for the first few years of their cursed existence). So the next time you root against the arch rival, remember, they would not have existed in the form we know and loathe, except for the Vikings.

The league was organized into two divisions, east and west, with a 14 game schedule (each team played against each other twice, once each home and away). The Western Division was composed of the Denver Broncos, the Dallas Texans (who moved to Kansas City in 1963**), the Bay Area team, and the Los Angeles Chargers. Never again wonder about how bitter the rivalries are in today’s AFC West; consider that all four of these teams have been competing against each other for post-season slots since 1960, without interruption. (The Tampa Bay Buccaneers were in the division for one year [1976] and the Seattle Seahawks were members from 1977 through 2001. Neither team really fit in all that well in the AFC West. The hatreds among the original four were already too deeply established.)

League rules called for 35 man rosters, with a minimum salary of $7,200 a year for each player. The AFL’s first draft was held on November 22, 1959. This 30 round affair was followed by another 20 round draft on December 2. Significant draft choices for the Chargers were Paul McGuire (P & LB) 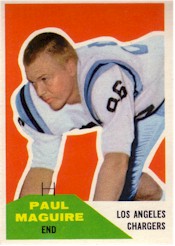 Free agents from the NFL and CFL were also used to stock the team. These included Jack Kemp (QB, previously from the Detroit Lions) 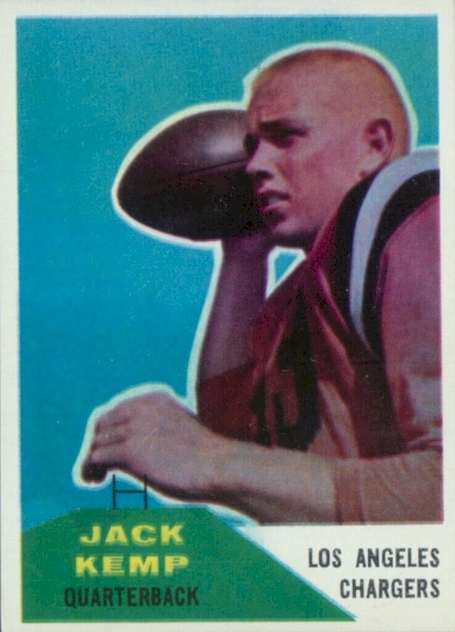 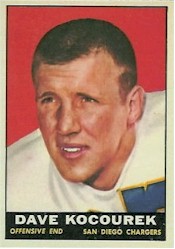 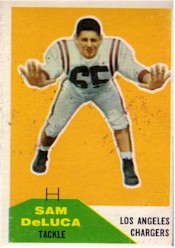 Reports from that year describe some AFL training camps having 200 players competing for the 35 roster slots when the camps opened in July 1960! (Denver was mentioned as one of the teams having that large of a training camp.)

The coaching staff, even without considering that it was put together for a new team in a new league, proved to be stellar. The Chargers ended up with Sid Gillman (Barron Hilton originally wanted Frank Leahy, but Leahy decided against taking the job) as head coach. Gillman was coming off a 2-10 season for the LA Rams that cost him his job. It would be possible to do a whole series on Gillman and the way his innovations changed the game of football, many still recognizable 50 years later.***

Gillman was a relentlessly hard worker and demanded much from his assistants. He received much because the assitants were special. In two cases, Hall of Fame special. Chuck Noll was the defensive line coach; he went on to coach the Pittsburgh Steelers to four Super Bowl titles. Jack Faulkner, later GM for the LA & St. Louis Rams was the defensive backfield coach. Joe Madro was Gillman’s offensive line coach and a longtime assistant. The other offensive assistant, the backs and receivers coach, remained with the Chargers for three years, until he took over as head coach of the Oakland team. His name was Al Davis. The less said about him on a Charger’s blog, the better. Think about that team’s coaches. 3 out of 5 members of the coaching staff now have busts in Canton, Ohio. Some have argued that this was the best coaching staff ever. It would stay intact for only two years, when Faulkner took the head coaching job in Denver following 1961 season.

The next installment of this series will cover the 1960 season and the move to San Diego.

* His Father, Conrad Hilton, is the one that started Hilton hotels. Barron grew and expanded the business. He is Paris Hilton’s Grandpa and reportedly does not like his granddaughter’s behavior, believing it has tarnished the family name. 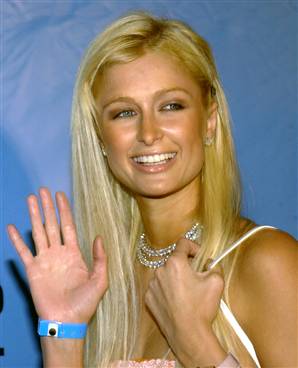 ** The NFL, in a fit of spite directly aimed at Lamar Hunt, awarded the Dallas Cowboys franchise to Clint Murchison, Jr. and Bedford Wynne in January of 1960, less than two years after rejecting Hunt’s bid for a NFL team in Dallas. The team was organized too late to participate in the NFL draft and had to field a team of castoffs from the NFL, AFL, and CFL during its first season. The owners of the Redskins tried to block this expansion, but pressure from the NFL, (together with Murchison and Wynne purchasing the rights to the song "Hail to the Redskins" accompanied with a threat to prohibit playing this song at Redskin’s home games), changed the Redskins owner’s mind. This is the source of the Cowboys – Redskins rivalry. The "Dallas Texans" had attendance problems from the start, which were fixed with the 1963 move to Kansas City and a name change to the Chiefs.

*** Gillman’s impacts were many and varied. He was the first coach to make use of film study on his own team and opponents. His was the first staff to include the position of strength and conditioning coach (1963). His main contribution, though, was in the development of the passing game. Many of these innovations were covered earlier in the season, here. Gillman developed the "passing trees" and the "The Field Balance Theory" which split the "offensive ends" wider (and turned them into wide receivers in the process) to get the defense stretched horizontally and use a dedicated fast receiver as a deep threat to stretch the defense vertically. In fact, fans of modern football have two San Diego Coaches mostly to thank for the game as it now, Sid Gillman and Don Coryell, but mostly Gillman. Coryell was an extreme innovator with I-Formation football in the 50’s, until he got to SDSU and saw what Gillman was doing with the passing game. It did not take long for the student to surpass the master in pushing the passing game further along. He was helped by league wide rule changes in the mid-seventies, but we’ll get to that later.