Was Greg Manusky a scapegoat?

Share All sharing options for: Was Greg Manusky a scapegoat?

Going into the 2011 season, most all of the Chargers organization were excited to have former San Francisco 49er defensive coordinator Greg Manusky taking over for the departed Ron Rivera. But by year's end, this once top 5 defense regressed into a totally average, unspectacular unit. While Manusky deserves to be blamed, just how much blame can be thrown his way?

Manusky brought with him veteran inside linebacker Takeo Spikes and Travis LaBoy. Other than that, he was playing with the team AJ Smith had made for him. A team that everyone knew lacked playmakers to begin with but had promise at all key positions, but promise that almost never realized. As already described by Orz, Manusky's unit took a huge blow, and it was something that lasted all year, not just a few games. There has been talk that some players in some way may have 'given up' on Manusky but that shows character flaws in the players more than coaching flaws, which is worrisome. But where was that during the 4-1 start? In fact, the only game I can think of where there seemed to be nothing regarding defense was the Detroit game, so let's take a quick review of the season's defensive efforts and see how other factors may have contributed to the championship winning aspect of this team having been hindered...starting with the 4-1 winning streak.

A look at the Basic statistics shows that this defense performed very well, with quarterback Donovan McNabb throwing for just 39 yards on 15 attempts and Adrian Peterson totaling 98 rushing yards. Despite Philip Rivers begging the Viking defense to do something with his 2 giveaways, this defense held the opposing offense to just 10 points, sacking the mobile McNabb twice and intercepting him on their first play from scrimmage. The pass rush was decent with Antonio Garay getting pressure up the middle and even Travis LaBoy getting pressure a few times. However, Garay wouldn't have a grade as high as he did in this game for the rest of the year, for we all know that Luis Castillo got hurt for what would become the rest of the season, delivering a serious blow to the entire defense. Losing your anchor is sometimes nearly impossible to overcome, just look at the pass rush from 2008 after losing Merriman, or the run defense in 2009 after losing Jamal Williams. For the rest of the season, both Shaun Phillips and Antonio Garay would suffer from the loss of Luis Castillo, accumulating stats over a 16 game season that they managed to put up in 4 or 5 game spans from a year ago.

Against the Patriots, Bob Sanders had his average coverage skills exposed by a great QB and Takeo Spikes showed that he couldn't cover as well as he used to be able to. The game also showed the first time Manusky could have been faulted with being out-coached, but coverage breakdowns and lack of focus can't be blamed entirely, if at all, on the coach. Despite Rivers again giving the ball away twice, the defense shut down Brady in the third quarter and the first drive of the fourth but Mike Tolbert wanted in on the turnover action as well and the deflated defense couldn't save the game, and Manusky was made to look foolish trying and failing to gameplan for Belichick's genius.

Next week hosting the beat-up Chiefs the defense would have a much better game, although against an inferior opponent, allowing just 252 total yards. Donald Butler had a monster game, showing promise early on, and the loss of Castillo showed how much it hurt the team with just 1 sack on Matt Cassel. Philip Rivers again gave the ball away twice, again daring the defense to win the game for him, and Manusky's defense couldn't get a turnover until the very end. It was sloppy and unimpressive, but the defense executed and Manusky at this point looked like a smart coaching move.

Hosting Miami the following week the defense again shut down the visiting team and showed some fun blitzes Manusky had planned and showed me, at least, that Manusky did in fact want to rush and blitz relentlessly. 5 of the first 6 plays on passing downs were blitzes, and the blitz happy attack continued the whole game, although it's very disappointing to know that none of the dozen blitzes that game resulted in sacks, all coming on regular 4 man rushes. That's a fault you give to the players for not executing their assignments, not coaching.

This is where things get interesting. At the Meadowlands, it was the Charger's defense that looked dominant before Antoine Cason decided to tie his shoes together whenever he had to cover the end zone and gave up 3 TD's to Plaxico. I question Manusky's decision to lock Cason on Plax and Jammer on Holmes when one was failing. Although Jammer was victimized by two horrific penalties, he did terrible when it came to tackling fundamentals and the defense as a whole lacked discipline with lots of penalties and missed tackles. Regardless, Rivers gave this game away with two interceptions after the defense got a score from a Donald Butler fumble return and Weddle stopped a potential score with a pick of his own.

Kansas City was one silly snap error away from a victory and we wouldn't be having this article or maybe talking about Manusky's firing. Travis LaBoy (seriously) had his best game of the season, and Barnes showed he could step up in Shaun Phillips' absence. Vaughn Martin and Tommie Harris had great games, but as much as the defense fought, Rivers and Mathews would combine for 4 turnovers and essentially give away the game despite the best efforts of Manusky's crew.

Green Bay was a similar story. Rivers basically gave the Pack a 14 point head start on their victory. The lack of solid depth at the secondary hurt the defense as Marcus Gilchrist didn't manage to defend a single one of the 7 balls thrown at him. AJ said himself that the team needs impact players, and with Jammer having the second of many bad days, Gilchrist missed his chance at stepping up. 4 sacks and 6 other pressures showed coverage was sometimes excellent, so clearly this defense was executing well, but like with any team, you can only do so much before you lose.

Oakland was a sad game by all accounts. The offensive line letting Rivers get crushed meant no matter how well the defense played (they didn't) this game would not be won. Jammer had yet another horrible day in coverage, and the defense forgot how to defend the run. The Charger defense lacks speed in the secondary and we've known that since Cromartie left, and while Manusky could have done a better job planning, you still need the right pieces.

At Chicago this defense again was victimized by Antoine Cason. First, as I pointed out during my analysis after the game, he played like he would never be tested, letting his receivers catch balls and then attempt to tackle them. Then, when Cutler threw a pass to him, he said to hell with his track background, he'd just waddle down the field and hope good field position for Pick-happy Rivers would win the game. The run defense absolutely obliterated the Bears at the line of scrimmage and yet three times the defense was fooled on screen passes in the fourth quarter to extend the Bear's clock eating drive. As much as I'd like to blame Manusky, he's not the one watching passes sail right over his head 3rd down after 3rd down. 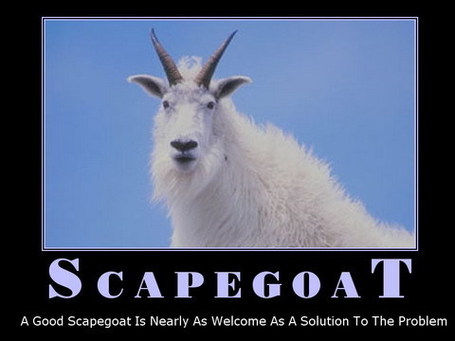 Denver. Tebows. 13 points in regulation with Philip Rivers and Norv Turner as your QB and coach? That should be a win. But 2 missed field goals can be blamed as well. After the 3 big wins over Jacksonville, Buffalo and Baltimore was a game where there was no defense so I can't say anything about that Detroit thing. What I can say with all honesty is that Greg Manusky did plenty bad to get fired, but no more than Norv did to retain his job. I honestly believe he was a scapegoat in the mess that was the 2011 season. Takeo Spikes was a blessing for grooming Donald Butler and Travis LaBoy had 3 good games to go with his 9 bad ones, so shame on that decision. However, I can't help but wonder just how little this defense could improve next year. Luis Castillo may not be back, and clearly he was a big factor in the overall suckage suffered this season. Who knows what got into Cason, Phillips spent a lot of time injured and/or inneffective, and Barnes and Garay played way too many snaps due to injury and promise/potential. Lots of strange decisions that both coaching and management need to address.

The facts are, this defense worsened in every category compared to last year: Points allowed, passing yards allowed, rushing yards allowed and sacks. Is that 100% attributable to coaching? Only if your reasoning is in line with the "bring back Marty" or "fire Sapnos" process. I hope John Pagano can improve this team's defense because it's hard to see them getting worse. The blame has to be put somewhere, and most of it was thrown out the window with Greg Manusky. But there is still blame to be spread and it's been quietly dismissed with promising talk and hope that next season will bring answers. Answers that unfortunately may not be from the questions we had from this season.