35 points allowed. It's hard to win a game when you give up 35 points. It's easy, however, to give up 35 points when you give the ball back to the other team 4 times on 2 interceptions, a fumble and a failed 4th down at the goal line (which is essentially a turnover considering you give the ball away without having scored any points). But while the defense was on the field, did they perform poorly? Was the playcalling questionable? Lets examine both aspects and come to a conclusion.

Figure 1 through 5 in order below: 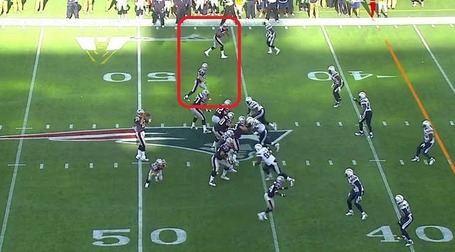 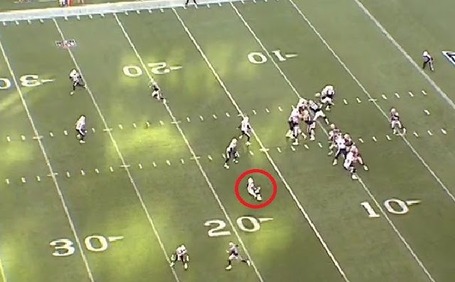 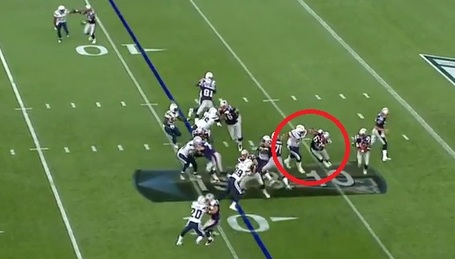 After viewing and reviewing, it seems it wasn't all about Greg Manusky not calling the right plays, but a combination of the defense not being ready for what was going on the field. This isn't the first time they've faced a no huddle offense. Manusky has to have a no huddle plan, but the defense was lost most of the time and didn't set themselves up. Interestingly enough, Antwan Barnes had this to say:

"We just had a lack of communication and execution on D. We stopped communicating. Somebody’d make a call and somebody else didn’t get it. I know I didn’t get a call one time."

Apparently, they practiced the no huddle before the game. Of course, we'd never know. With the way they played, Tom Brady wouldn't have known either. Many significant plays came from failing at the no huddle. But there was a lot of individual failure during the game. Certain players here and there, and sometimes everywhere. Occasionally, two or three or even 12 players failed all at once. You didn't know there was a 12th man on certain plays? There wasn't. It probably wouldn't have helped though. Would you like to know who did good and bad?

Defensive Player of the game: Cam Thomas. I know, some of you don't like him (bear with me Buck), but Baby Godzilla played his big, radioactive, Japan destroying lizard heart out. He told me he was offended by me calling him a slacker*, and with El Toro out until December or so, he'd get more reps, and would show that he's capable. He went 100% on every play, and was itching to do some damage wherever he could. Great job Thomas, now do that every game. Honorable mention: Quentin Jammer. As usual, he locked down whoever was unfortunate enough to line up across him. For the most part, so did Cason, but not to Jammer's level.

Defensive Bust of the game: Bob Sanders. He failed constantly in coverage, man and zone, and was too jumpy in play action. He missed way too many tackles, and that is not the way a pro bowler and former DPOY should play. Honorable mention: Everyone else. Weddle covered well, but took a bad angle on an attempted interception, failed to cover tight ends well most of the time, and didn't direct the defense the way he should have. Spikes failed constantly in coverage, and didn't set up the defense when he should have. OG and Martin are but a sliver of the shadow of Luis Castillo, get well soon, and Barnes, LaBoy, English and Phillips each had one good play, and several other bad ones.

So did Greg Manusky fail on Sunday? Ultimately, he is responsible for running his defense, but it's their responsibility to set themselves up when they can't huddle. And 3 man rushes don't work unless the rushers are Castillo, Garay and Phillips/Barnes. And if you decide to rush 3, play press once in a while. You have to buy the pass rush some time. So please, Greg, no more second string pass rush, please. I realize that there were 4 uncalled penalties, 2 of which were blatant, but that doesn't erase 14 points off the board. When the Chargers play the Patriots again during the playoffs next year, remember what Ron did. And maybe take a page out of Rex Ryan's book too, and his brother Rob, who with Cleveland, shut Brady down last year. Rivers doesn't deserve an 0-5 career record against Brady. And I don't want to keep losing bets to my Patriot fan friends. Speaking of which... let me just set my font size to 3 before I say this.... I love eating clam chowdah in my uggs.

Leave your comments and questions below.