Football is back and so is j-man! For those unfamiliar with j-man, he is pretty much the nicest guy ever. A Broncos fan (calm down) that is beloved by pretty much every SBNation community because of his level-headedness. He also has Cerebral Palsy Arthritis and Chronic Fatigue (which roughly equates to him making lots of typos, so be patient when you converse with him in the comments).

I like j-man's take on things and know that he watches the entire league probably better than anyone else on BFTB. Because of this, each week or so he sends me his thoughts on the AFC West and I clean them up for you guys to read. You can find them after the jump. Enjoy!

Here are my predictions for the AFC West this season:

It all starts with Philip Rivers, who should have a big year. The only concern I have is if the running attack can be strong enough to soften the defenses they face and open up the downfield passing opportunities.

On the defensive side of the ball, I like the moves A.J. Smith made....but can anyone on this team pass rush besides Shaun Phillips and Antwan Barnes?

Special Teams should be better. It would be nearly impossible for them to be any worse than they were in 2010. The Chargers should win the West, but it's January that counts. Can they win enough in the regular season to get the 1 or 2 seed in the AFC and a bye week? They might need it.

Did the Chiefs catch lightning in a bottle in 2010, or did they turn the corner? Right now, based off how poor they looked in the preseason, it's looking more like the former.

Matt Cassel can be a good QB, but he can't do it on his own. He needs playmakers other than Dwayne Bowe and Jamaal Charles. Most NFL defenses can create a gameplan to stop, or at least slow down, one WR and one RB.

They might not miss Brian Waters on the field, but they will in the locker room. The fight between Jonathan Baldwin and Thomas Jones, that broke the rookie's hand and has him watching Week 1 from the sidelines, is a testament to that.

Their defensive line needs to step up more than they have. Lots of talented players there that haven't reached their potential.

Why am I so down on the Chiefs this season? In Weeks 11-15, they play @Patriots, Steelers, @Bears, @Jets and Packers. KC might be the 5th best team in the league (behind the Patriots, Steelers, Chargers and Jets), but that schedule all but eliminates their playoff hopes for 2011. 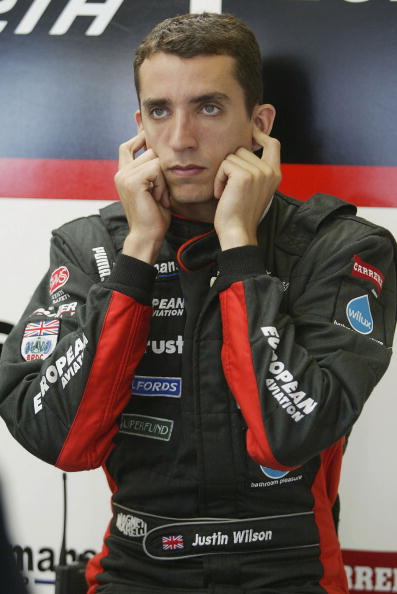 You know who should be the Broncos QB? Andrew Luck! But I don't think that will happen. Kyle Orton has looked sharp at times this preseason, but the Broncos' red zone offense is a problem.

Willis McGahee will not start, but expect 900 yards and 10 TDs from this season. Book it. Guarantee it. It's a lock. John Fox will make sure of it, even if the team doesn't win many games. WRs is a strength for the Broncos, even without Jabar Gaffney. Brandon Lloyd needs only one hand to catch anything thrown at him and Eric Decker could be a star player one day.

Those points aside, Denver has a lot of holes. First, the team doesn't have anything in the way of decent backups along the offensive line. Second, outside of Brodrick Bunkley the defensive line could best be summed up as "weak". Third, Brian Dawkins is quite old. The plan on defense will be for DOOM and Von Miller to juice the pass rush and for Rahim Moore to hopefully live up to his potential as a star Safety.

The main reason I have my Broncos at 6-10 is big holes on the defensive side of the ball. Plus, John Fox is a coach that plays it very safe. Don't expect any blowouts victories for Denver this season.

I thought the Raiders would be a sleeper this season that could make a surprise run into the playoffs....then free agency happened. Everyone knew Nnamdi Asomugha was gone except for the Raiders and their fans, who thought he'd take less money to stay in Oakland. Robert Gallery and Zach Miller also left town. Those are two guys that dominate when you're playing on Madden, but they're pretty average on the field.

Jacoby Ford is a playmaker. He keeps their offense from being completely without weapons. Their defensive line is strong, but they're thin at LB and CB.

I like Hue Jackson, but it seems every year that the Raiders players tune out the Head Coach after a few losses. You can usually count on Oakland to simply not show up to 4-5 games each season, which is why they won't finish as well as their talent on paper says they should.

Keep an eye out for Terelle Pryor for the last 2-3 games of the season. At that point, everyone should be pretty convinced that Jason Campbell is not the answer.

If they can beat the Broncos on MNF in Week 1, go ahead and write them in for 6-10 instead of 5-11. That game could go either way.