Over the last several days, San Diego Mayor Jerry Sanders embarked on a "fact-finding" trip to Kansas City, Indianapolis, and Denver.  No, it wasn't to get advance scouting on Todd Haley's plans for Jamaal Charles, or finding when exactly Peyton Manning would return to the field, and it certainly wasn't to help sort out whether Tim Tebow sucks slightly less than Brady Quinn.

In fact, it was something we've been waiting desperately for from local San Diego government; a show of significant interest in working on a stadium solution for San Diego and the Chargers.  Considering the recent developments in Los Angeles, this fact-finding trip could not have come at a more important time.

Some thoughts on this trip are given below... 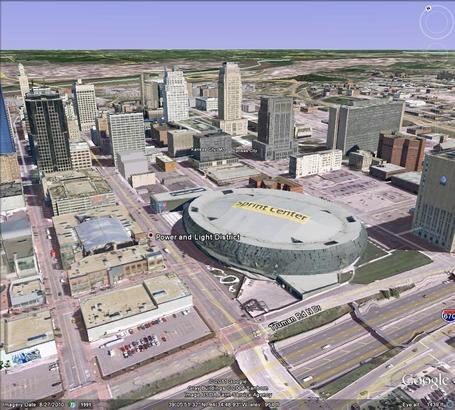 Kansas City's Power and Light District, and the Sprint Center

In 2007, Kansas City voters approved $276 million in tax increases on car rentals and hotels to build the Sprint Center, an 18,000 seat basketball arena in an undeveloped part of downtown.  The idea was for the Sprint Center to spark redevelopment in the Power and Light District.  And, while the Sprint Center has generated a tidy profit, it has not yet spurred the development that the city and it's voters were hoping for.

Clearly, though the Sprint Center hosts an estimated 100 events per year, the lack of a anchoring NBA or NHL tenant has helped reduce the potential profitability of both the facility and the neighborhood.  On the other hand, the fact that the Sprint Center has generated a profit without an anchor tenant shows how a facility that is booked and designed with versatility in mind can overcome a lack of regular events. 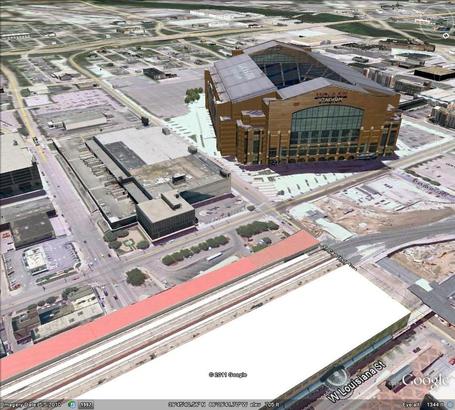 As many of us know, Lucas Oil Stadium is the new home of the Indianapolis Colts, and the host for Super Bowl 46.  Lucas Oil Stadium's construction was tied in with an expansion to the Indiana Convention Center.  The combined project was about $1 billion, with $720 million going to the stadium's construction.  The city of Indianapolis, in concert with neighboring counties, raised the money via increases on food, beverage, hotel, restaurant, ticket, and car rental taxes.

On the downside, according to some, is that business looking to develop downtown Indianapolis have also been looking to get their part of the public/private partnership pie.  Also, as in Kansas City, redevelopment has not proceeded at the rate that politicians and business leaders were touting when the project was initially pitched to Indianapolis area voters. 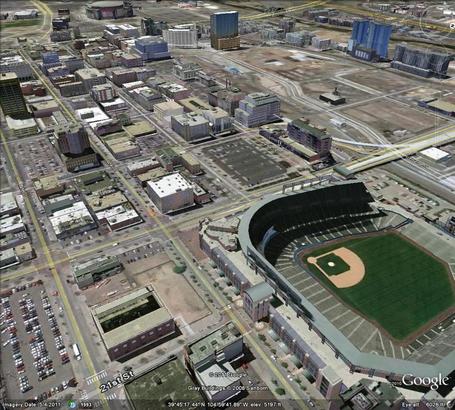 Of the three locations visited by Mayor Sanders, Denver seems to be the most successful story.  Denver voters passed a six-county sales-tax extension in 1998 to pay for the construction of $401 million Sports Authority (formerly named Invesco) Field, near the site of old Mile-High Stadium.  However, what interests Sanders is the bustling Lo-Do area of downtown Denver, which expanded partially as a result of the adjacent Coors Field.

Of course, prices for building materials have at least doubled since the time that Sports Authority Field was constructed, which means any taxes raised for a new stadium in San Diego will extended for a longer period of time than in Denver's case.  On the flip side, Sports Authority Field was designed to generate revenue on a year round basis, by having facilities that are capable of hosting small conventions, business meetings, proms, and other such events.  Adding these events has placed a lower burden on Denver's taxpayers by the early repayment of bonds.

Lessons for San Diego and the Chargers

Other Items of Interest.