Power Rankings From Around the Web: Post-Super Bowl Edition

Share All sharing options for: Power Rankings From Around the Web: Post-Super Bowl Edition

Hi guys. Remember me? Of course you do, I've still been writing lately. It's just been forever since I've done a "Power Rankings From Around the Web" post.

Well, that all changes, for today only.

You see, I rely on other people's thoughts, hard work, and statistical analysis to do my own thoughts and statistical analysis of their collective hard work.  A few outlets have updated their rankings, both subjective and objective, and I was able to cull enough data to do a Power Rankings post. It's not a full, meaty, version of the normal rankings that are done during the season, but these will do.  We'll call them Diet Power Rankings: they still taste okay, you just won't get as many calories out of them.

Wait, what was I talking about again? Oh yeah, onto the rankings.

Okay, not quite to the rankings just yet. I've pulled a few notable quotes from the various sites in regards to the Chargers:

Somebody teach this team that winning in September actually is important. You'd like to think the league's best offense and defense statistically speaking will be a title contender in 2011.

This team underachieved last season in a major way, but the injuries at wide receiver were a detriment for their playoff hopes. And if they don’t re-sign WR Vincent Jackson, it might be harder for the Chargers to be a legitimate playoff contender in 2011. 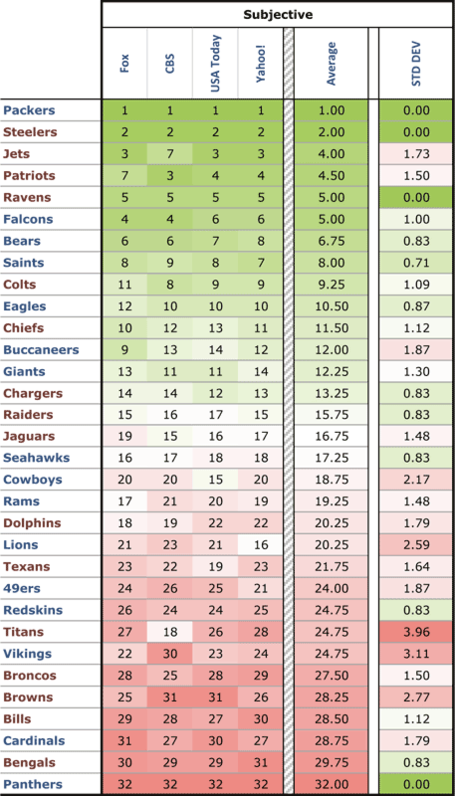 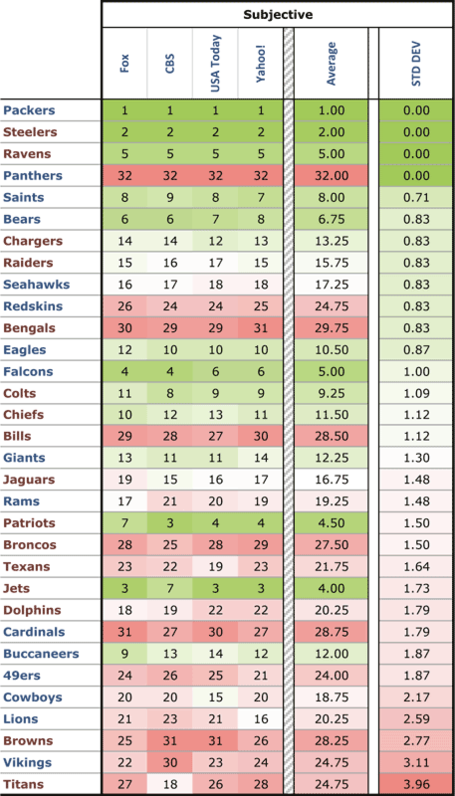 Just a quick disclaimer. Only 2 objective sites updated their rankings to include the playoffs. 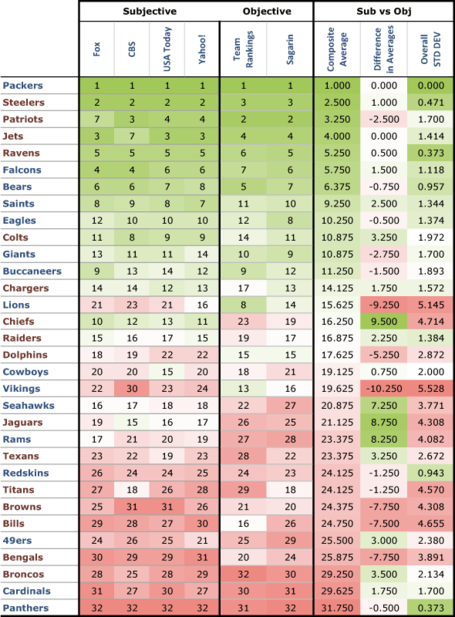 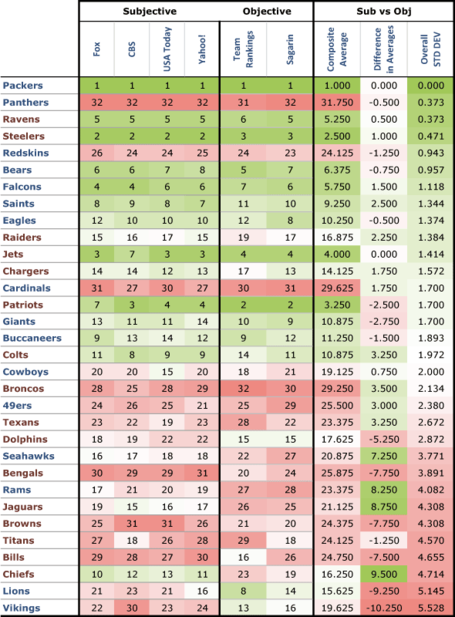 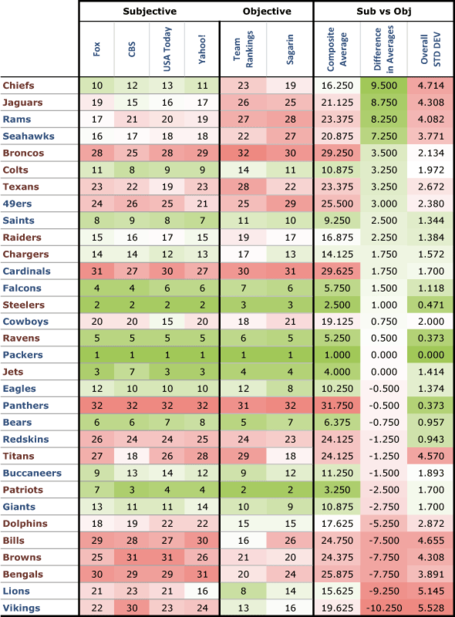 That about does it.  Look for another post following the draft, as many sites update their Power Rankings in response to the draft.